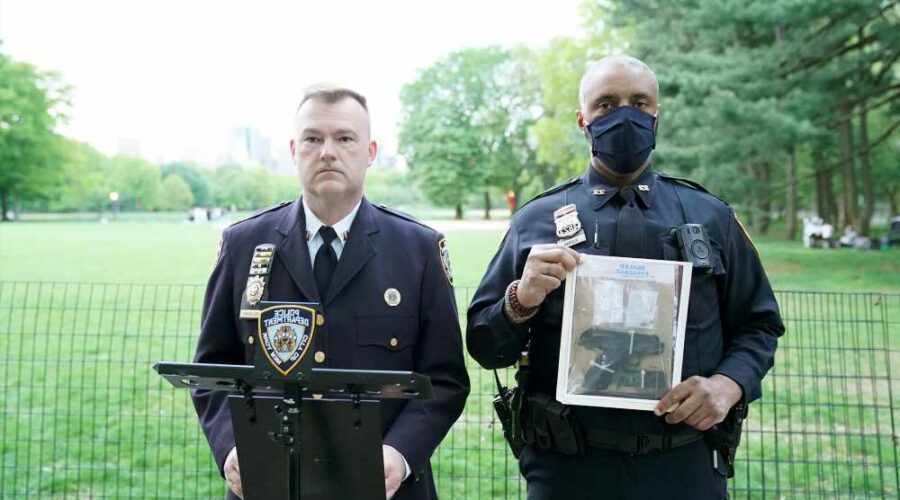 It’s time for NYC to take a ‘Wellness Walk’: Here’s where to go

NYPD Central Park Precinct Captain Bill Gallagher announced Andrew Thornton’s arrest for two alleged gunpoint robberies in Central Park. Thornton, 34, was spotted on a bicycle near Strawberry Fields by an officer who recognized the suspect’s ride — and his red hat from a perpetrator photograph shared by the department, according to police.

He allegedly first robbed a 55-year-old man at gunpoint of $1,000 last Friday morning near the park’s exit at 72nd Street and Fifth Avenue, according to police.

Then on Tuesday, he is accused of sticking up a 67-year-old woman who was walking near Swan Lake — taking her purse.

Gallagher said Central Park is “tremendously safer today, because this guy with a gun, who was again, going around in the daytime doing this is now in jail where he belongs.”