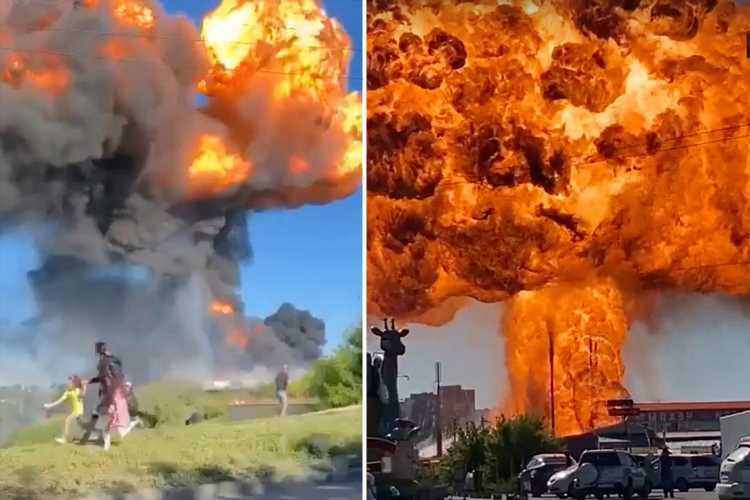 THIS is the shocking moment a nuke bomb-style mushroom cloud erupts at a petrol station in a horror blast. 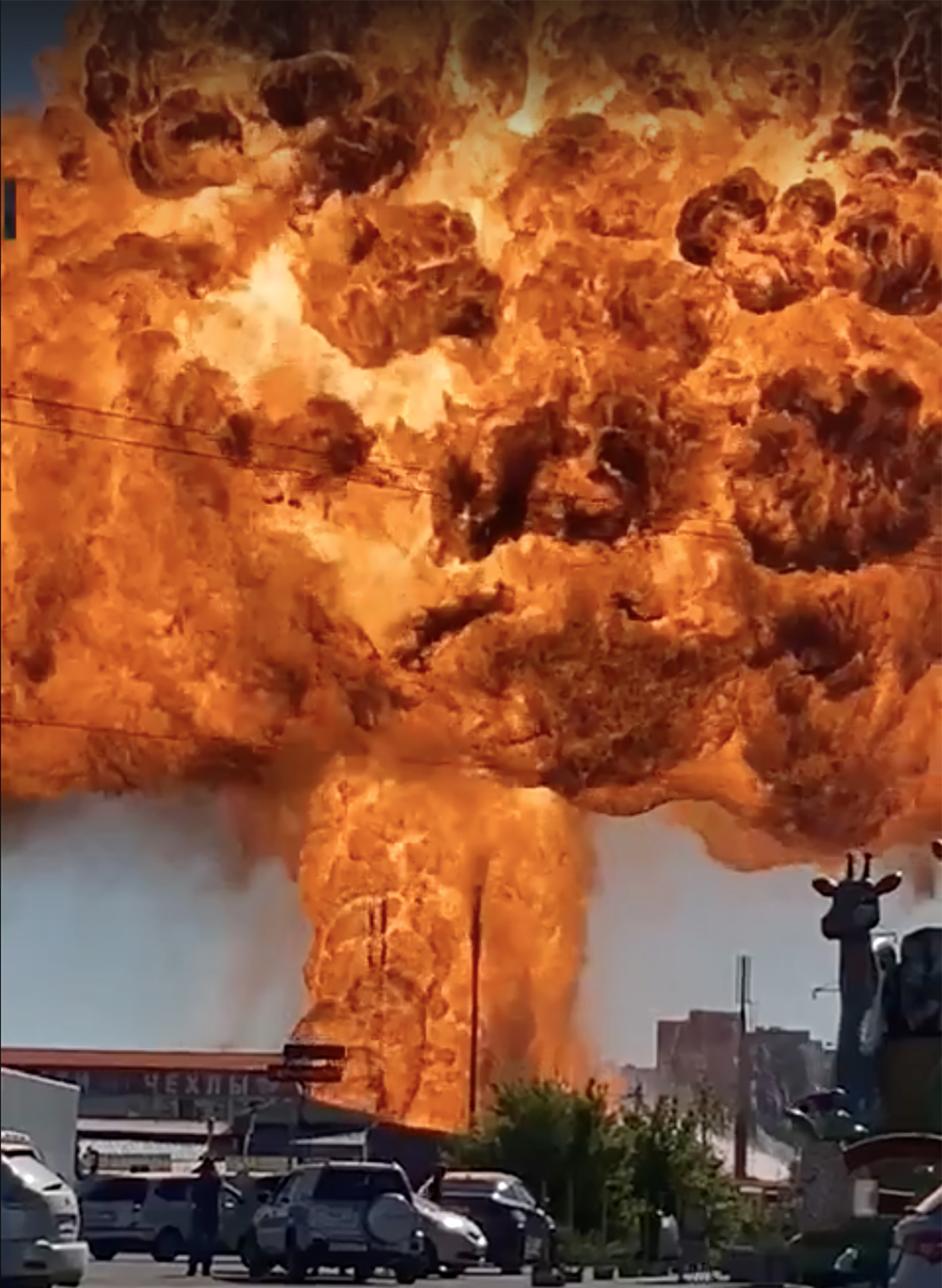 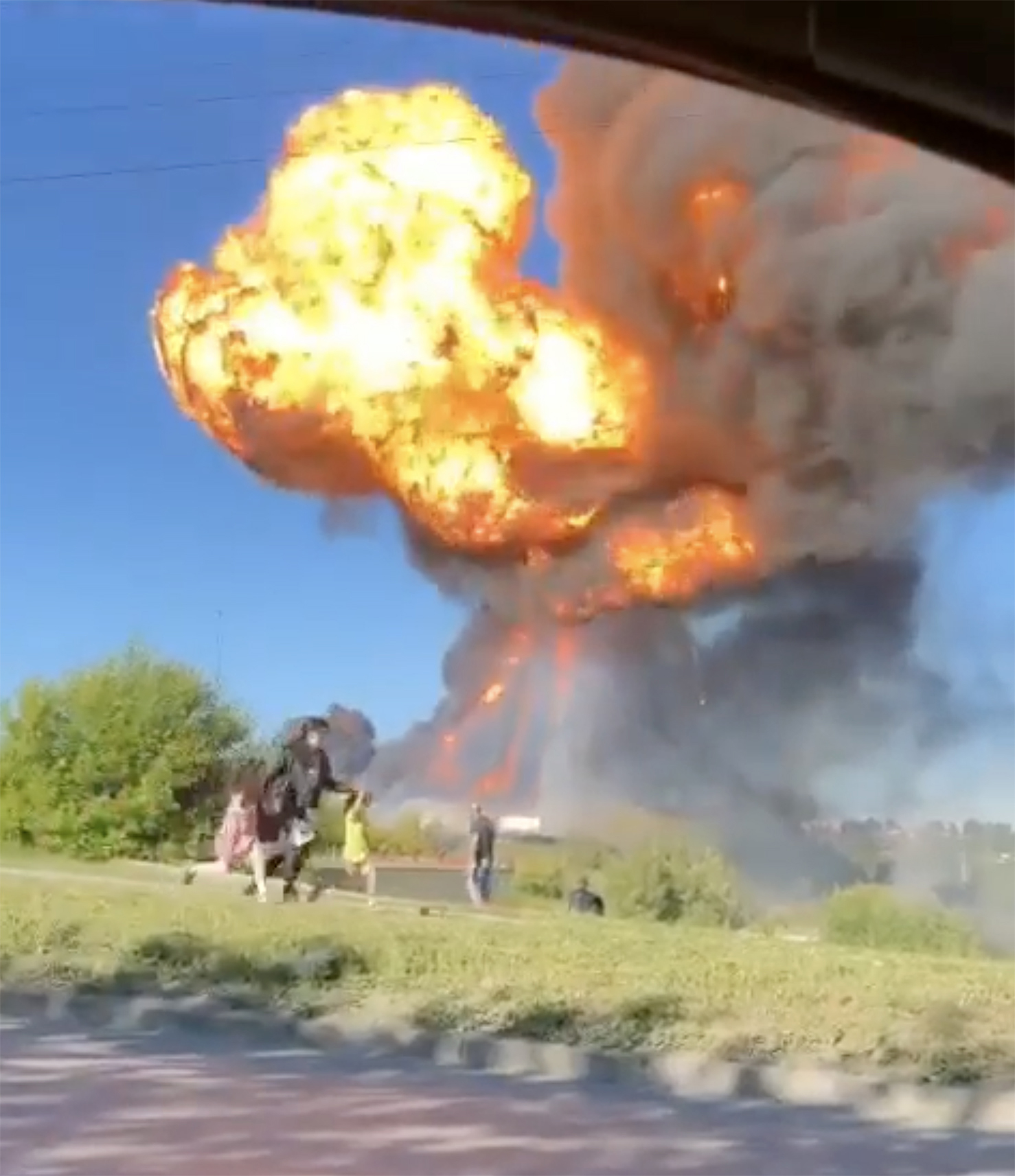 Terrifying footage shows flames shot hundreds of feet into the air after the explosion.

Panicked locals can be seen trying to flee the scene as mothers pushed prams away from the giant flames.

Multiple injuries were caused by the blaze with reports that the inferno spread to a second petrol station in Akademgorodok.

Windows of residential blocks in the area were shattered and people were evacuated.

One report cited a witness saying: "A second gas station is already on fire…a second station."

Another eye witness said: "The area is full of ambulances.

"And those who came to gawp at the fire were also burned. 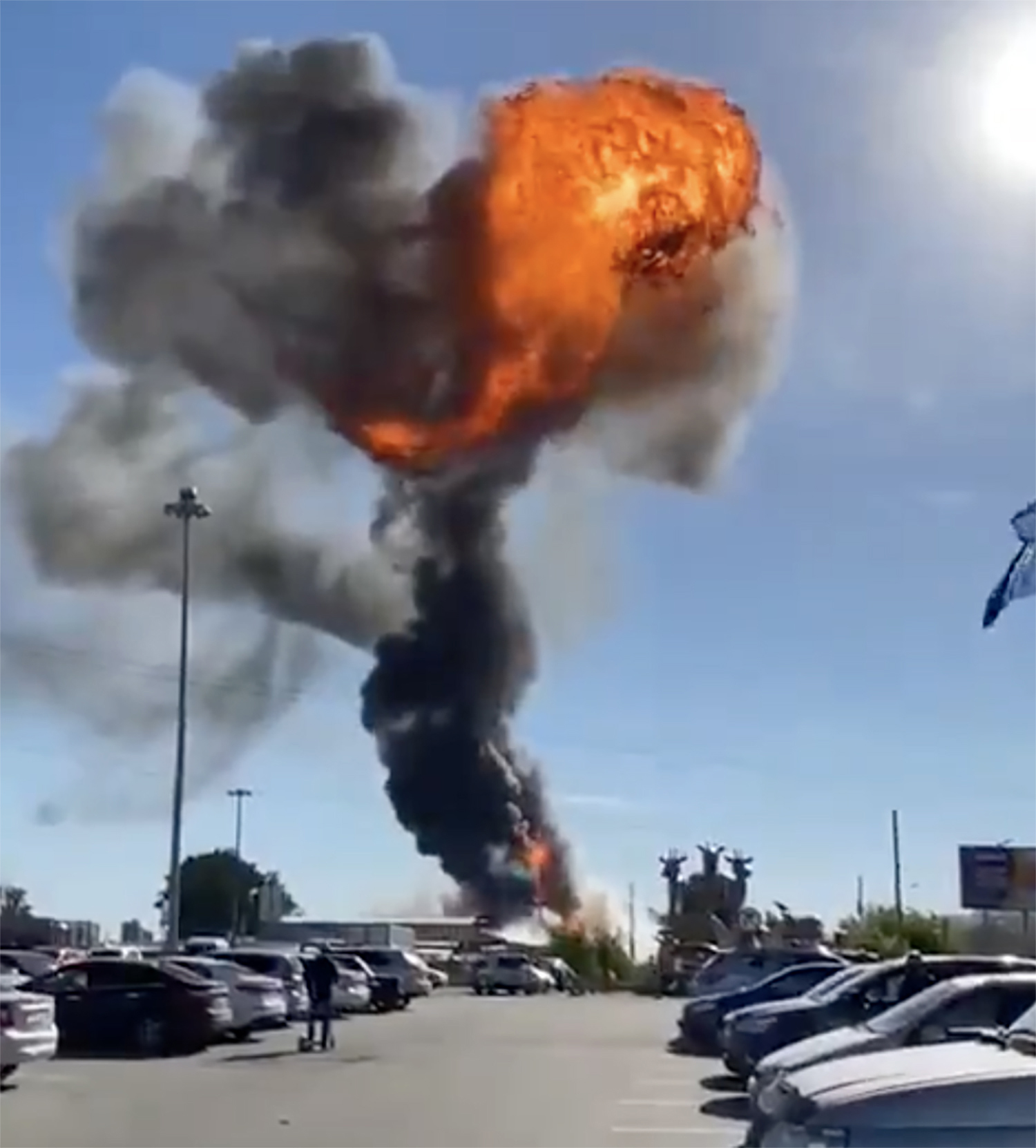 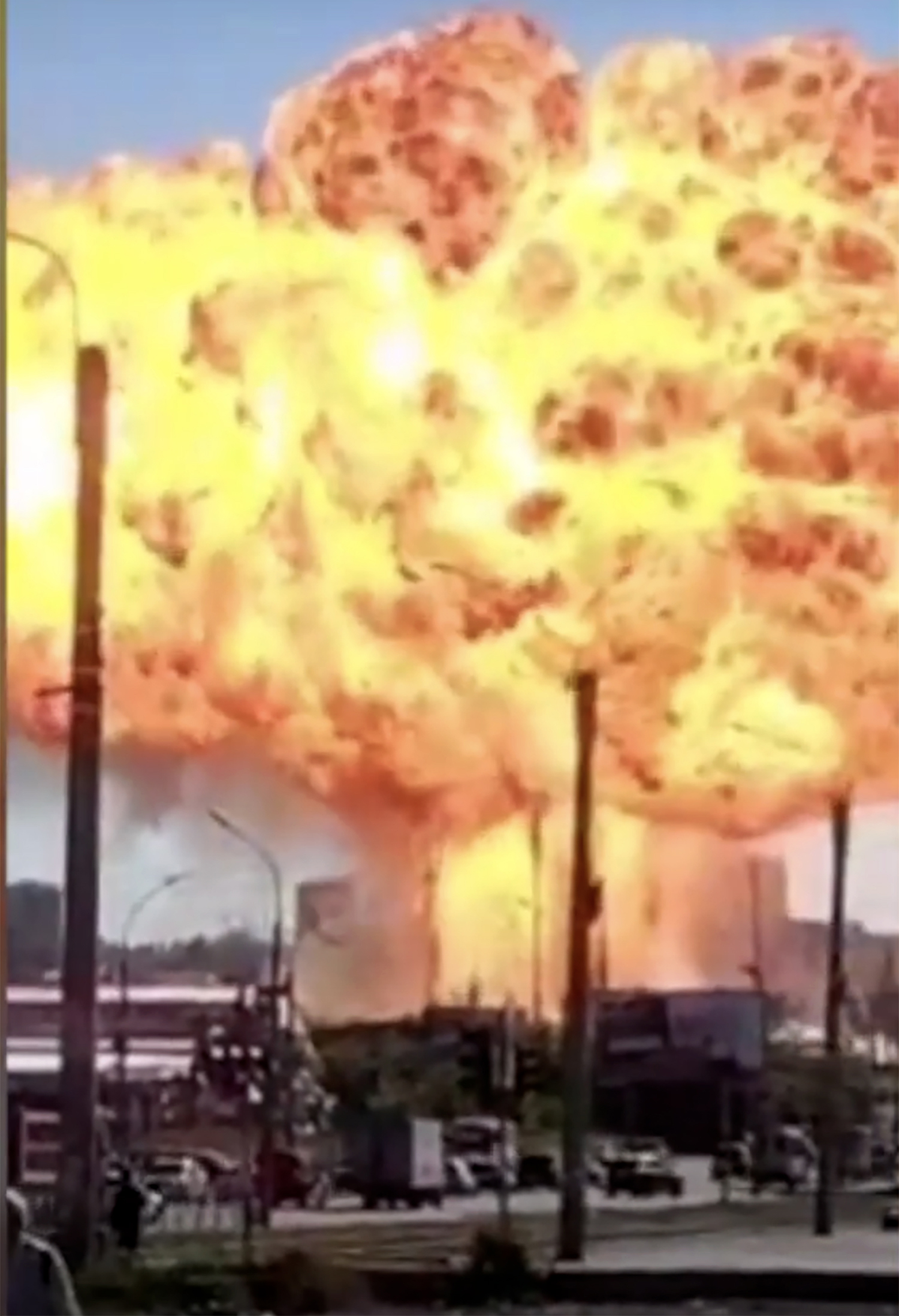 "One of the explosions thundered when the first fire engine got to the petrol.

"I hope the firefighters are alive."

An emergency official said: "As a result of the incident at a filling station six people were wounded, including one child.

“Four were hospitalised to a burn centre.

“Two worked with the Emergencies’ Ministry, among  the first to arrive to extinguish the fire .

It was revealed afterwards that the toll of injured rose to 19. 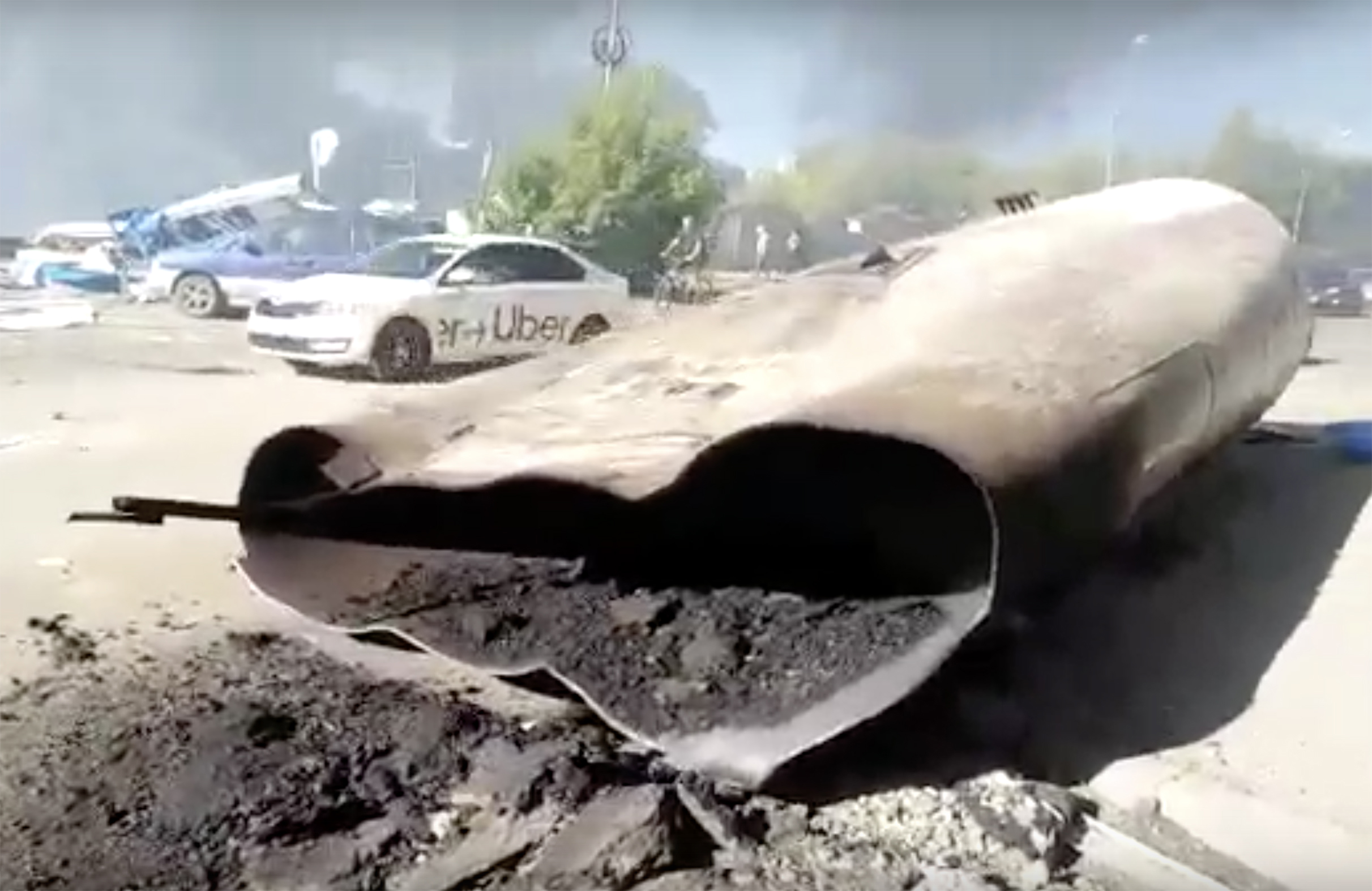 According to reports the blaze covered 5,381 square feet.

Extinguishing was hampered by the continuing explosions of gas cylinders and fuel tanks, said reports.

While thecause was not immediately clear, a report saida fuel tank had detonated.