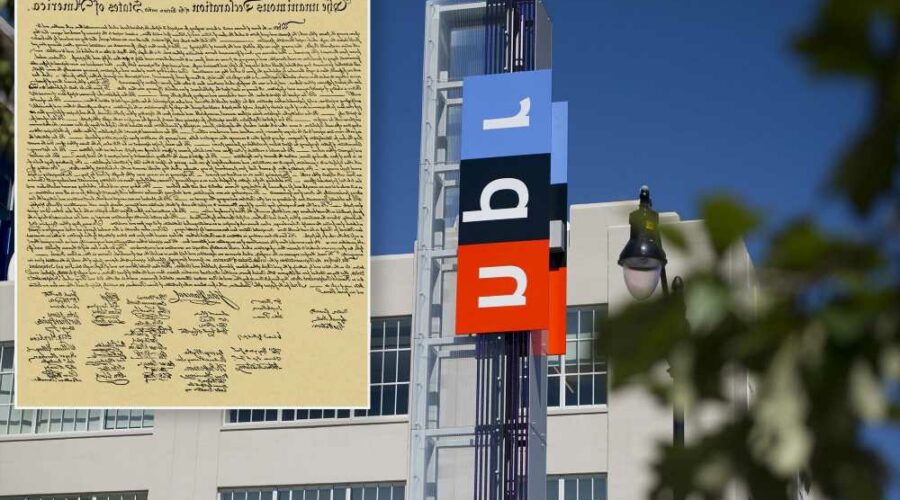 Just Cuo away: De Blasio says he’s given up on working with gov

NPR is facing a wave of backlash after criticizing the Declaration of Independence on the Fourth of July — saying the document has “flaws and deeply ingrained hypocrisies,” adding, in the context of current racial conversations in America, “the words in the document land differently.”

The tax-payer funded outlet, which did not immediately respond to The Post’s request for comment, publishes and reads one of the nation’s founding documents every Independence Day Weekend.

This year, however, NPR warned that it included a racial slur against Indigenous people and called it “a document with flaws and deeply ingrained hypocrisies.”

At the top of the article, the outlet explains that while they have maintained this tradition of reading the declaration, “after last summer’s protests and our national reckoning on race, the words in the document land differently.”

“It famously declares ‘that all men are created equal’ even though women, enslaved people and Indigenous Americans were not held as equal at the time,” the outlet continued.

On Twitter Sunday, NPR wrote, “245 years ago today, leaders representing 13 British colonies signed a document to declare independence,” before repeating the same statement about different Americans not being seen as equal.

“What then follows is a long list of grievances and charges against King George III that outline the 13 North American British Colonies’ intentions to separate from Great Britain,” the article continued.

The outlet then addressed how Congress edited Thomas Jefferson’s document to remove criticism of slavery.

Additionally, the outlet noted, “a racist slur about Native Americans stayed in.”

One user wrote, “The biggest flaw with the Declaration of Independence is that it didn’t call for abolishing NPR.”

Another noted, “A taxpayer funded news organization attacking the Declaration of Independence on Independence Day.”

Another user replied, “you people are insufferable.”

Conservative media watchdog “NewsBusters” commented, “If you object to this spin, you’re ‘launching a culture war,’ not NPR.”

“Nothing like state funded anti American propaganda,” one user quipped.