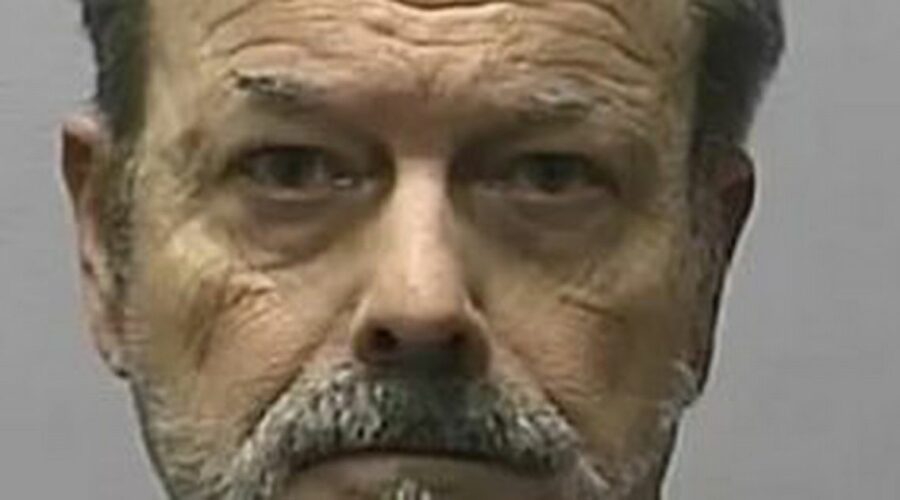 Bungling serial killer 'the BTK Strangler' was finally caught after he sent the media a floppy disk with his data on.

Evil Dennis Lynn Rader managed to so spectacularly identify himself to the police several years after going on a murderous rampage from 1971 to 1991.

Rader killed 10 people in Wichita and Park City, Kansas earning the nicknames 'the BTK Strangler or BTK Killer', because of how he murdered his mainly female victims.

The monster who would bind and torture his victims before killing them also gave himself a special nickname, calling his own penis Rex.

And at the time of the rampage, he was also married to Paula Dietz – the couple had two children, too.

During his murder spree, Rader would send letters to a local television station called KAKE and demand attention.

He claimed that his drive to kill was gained from something called “factor X”, which was inspired by Jack the Ripper, Son of Sam and the Hillside Strangler.

Other letters included strange poems about killing more people, as well as telling of his plan called “Project Cookie”, which involved photographing his victims in a variety of bondage positions, wrapping them in black plastic sheets and dumping the bodies in remote ditches.

That was, however, until Rader got the urge to kill once more in 20015.

Speaking to the Coptales and Cocktails podcast recently, forensic psychologist Dr Katherine Ramsland explained: “He seemed to have stopped in 1991 with the last one.

“And he wanted to make a big splash by killing somebody because he wanted to create terror in the whole area – but he made a big mistake.

“He kept communicating (with the local news channel), and then one day — what he would do is he’d copy the things he had written and then copy the copies, copy those copies, and that was getting time-consuming.

“So, he asked them if he could communicate with a computer disk, ‘Could they trace him?,’ he asked.

“And they were to put in the newspaper ‘Rex’ because that was the name of his penis.

“‘Rex, it will be okay,’ they told him, and he bought it and sent the disk, and they traced him and got him.”

Professor Ramsland has intimate knowledge of Rader, as she spent 11 years studying him, including five years working with him on a “guided autobiography”.

Once he was caught, he was convicted of killing 10 people, but gave police a list of another 55 possible victims and targets.

It was claimed that his issues stemmed from his parents not paying him any attention, and it became something resented his mother for.

This, Professor Ramsland explained, increased his “desire” to dominate women.

She added: “He saw these magazine stories about [serial killers] H.H. Holmes and Harvey Glatman and people like that, and then he saw all the media attention towards Ted Bundy and some of the 70s serial killers, and he wanted that, too.

“So, his fantasy life is what propelled him.

“He was thinking all about these things and imagining himself as one of those elite serial killers.”

He is currently serving a life sentence in solitary confinement at the El Dorado Correctional Facility in Kansas.

Thankfully, he was no chance of getting out early, although the technological advancements made since he was jailed might scare him back into prison.

For the latest breaking news and stories from across the globe from the Daily Star, sign up for our newsletter by clickinghere.