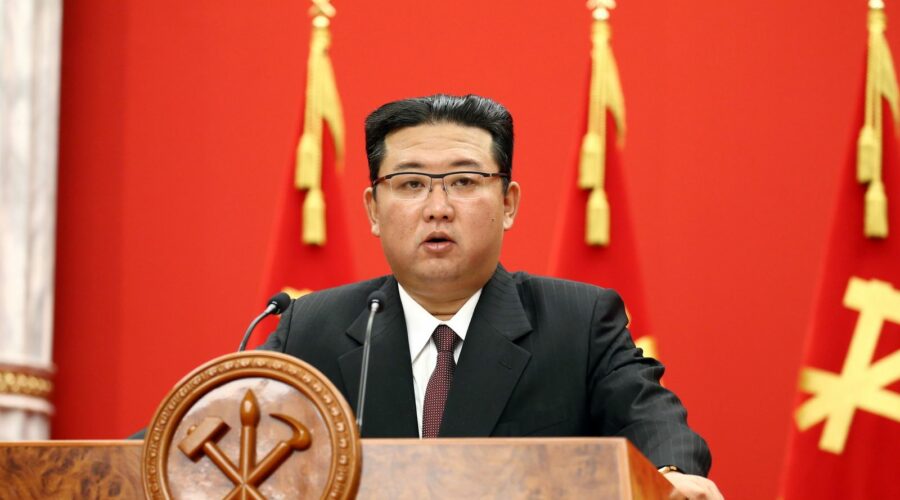 Kim Jong Un wants his government to focus on improving the lives of the North Korean people in the face of a “grim” economic situation, according to the country’s state media.

It comes as the North Korean leader marked the 76th anniversary of the country’s ruling party – the Workers’ Party of Korea (WPK) – on Sunday with art performances, galas and a fireworks show in Pyongyang.

Wearing a more traditionally Western-style suit, state media showed Mr Kim addressing a room full of darkly dressed officials – who did not appear to take any COVID-19 precautions such as social distancing or face coverings. 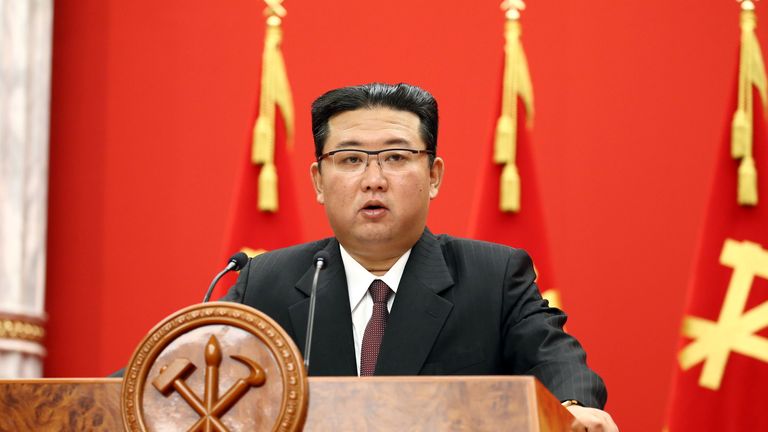 “The only way for dynamically pushing forward the unprecedented crucial work despite the grim situation is for the entire party to get united,” he added, failing to mention the political standoff over its nuclear weapons.

He said officials should not seek preferential treatment, and “should always consider whether their work infringes upon the interests of the people or cause trouble to the people”.

In a report last week, a UN rights investigator said that North Korea’s most vulnerable citizens risk starvation and the deteriorating humanitarian situation could turn into a crisis after the country fell deeper into self-imposed isolation during the COVID-19 pandemic. The country has yet to record a single case of the virus, though it has imposed measures including strict border lockdowns and movement restrictions.

State television broadcasts of Sunday’s gala showed young people in attendance, while many laid flowers at statues of the country’s previous leaders.

Last week, the US State Department accused Mr Kim’s government of being primarily responsible for the humanitarian situation in the country.