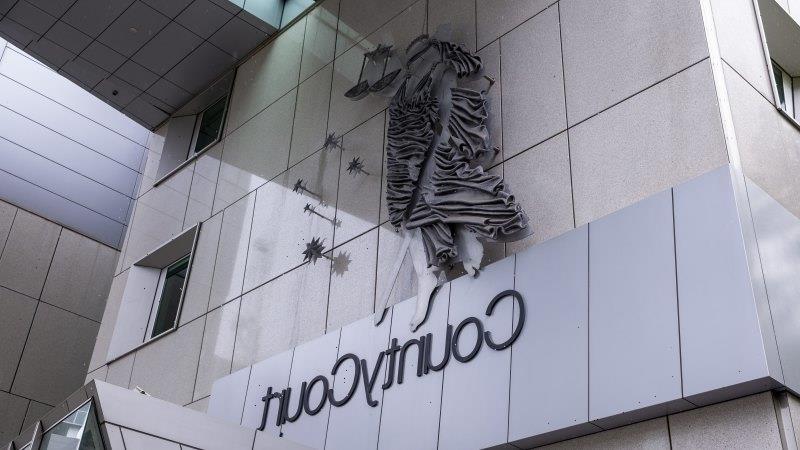 A former British police officer who lied about his qualifications and experience to land two plum government jobs after he moved to Victoria has been spared a prison term.

But Peter Ravenscroft’s deceptions between 2012 and 2017, when he was paid $456,000 by Frankston City Council and then $197,000 by the Victorian Ombudsman office, raise questions about what level of scrutiny government employers apply in their recruiting process.

Ravenscroft was a decorated and distinguished officer with almost 20 years’ service with the Surrey and Sussex police forces when he moved to Melbourne with his family in 2007, and he was hired by the Office of Police Integrity and then worked with Victoria’s Department of Treasury and Finance.

In late 2012 he successfully applied to work at Frankston City Council as compliance safety manager, embellishing his experience as a policeman in Britain and lying about his education qualifications, the County Court heard on Wednesday.

Judge Angela Ellis said Ravenscroft lied to the council about being part of Britain’s national crime squad and falsely claimed he had earned qualifications from Leeds, Aston and Brighton universities, when he never studied with them.

His assertions that he had obtained diplomas from Masters Builders Victoria, the Australian Institute of Management and “Guildford University” were also lies, the court heard. The latter does not exist, the court heard, though the University of Surrey is located in the town of Guildford.

Ravenscroft was paid $456,000 in salary and superannuation at Frankston Council, the court heard, until he left and joined the Victorian Ombudsman office, despite being under investigation by the council.

Using the same phoney credentials he put to the council, he was appointed assistant director of strategic investigations at the Ombudsman office and worked there from January 2016 to February 2017, and was paid $197,000 in salary and superannuation. He did not tell his new employer he was being investigated by the council.

Ravenscroft was arrested in 2020 and later pleaded guilty to two counts of obtaining a financial advantage by deception and one of perjury.

On Wednesday Ellis said the 56-year-old’s deceptions were serious and “probably entirely unnecessary”, as he could have landed the jobs with his legitimate experience, and during his time at Frankston City Council was regarded as an “exemplary” staffer.

“Deceiving prospective employers with such deliberate and calculated lies is appalling behaviour indeed,” the judge said.

“Moreover, this deceit was committed twice, and your offending occurred over a five-year period.”

Ellis said it was “somewhat puzzling” why Ravenscroft needed to lie and embellish his past, but his lawyer previously told the court that he had felt an urgent need to impress prospective employers as he had a family and was trying to establish himself in Australia.

The judge said Ravenscroft was ashamed and remorseful but had very good rehabilitative prospects.

She convicted the father of four and ordered he complete a two-year community correction order with 180 hours of unpaid work and mental health treatment.

Ravenscroft now works as a consultant, the court heard.

It is not known whether his past employers want him to repay his salaries and superannuation.

Frankston City Council and the Victorian Ombudsman have been contacted for comment.