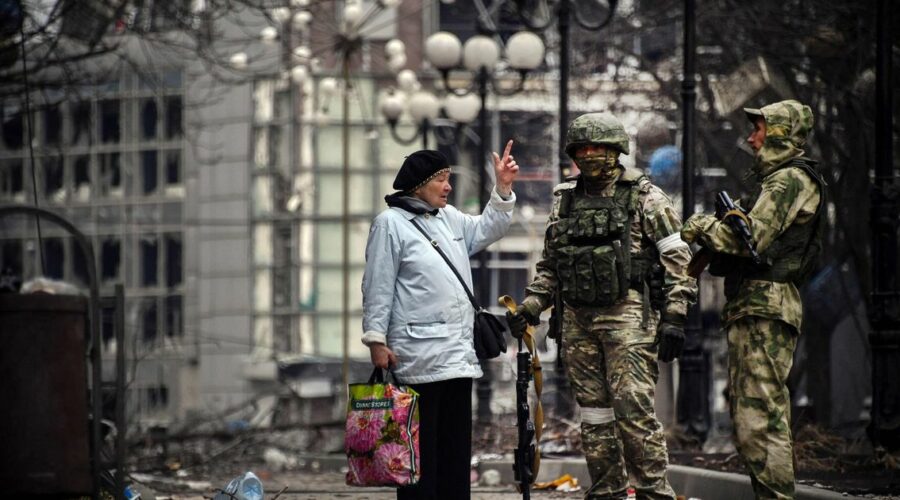 Russian forces are said to be holding a group of women and girls in a basement in Bucha, according to Ukraine's human rights ombudsman Lyudmyla Denisova.

Denisova has said they are documenting several cases of horrific acts instigated by Russian troops onto Ukrainian civilians, with a series of rapes and murders reported just 45 miles away from Ukraine's capital, Kyiv.

The human rights ombudsman spoke of the horrors that had left dozens of women and girls in traumatic situations where Russians would sexually assault women and kill their husbands.

The horrific details come as the Russian invasion of Ukraine continues, with more than 10 million civilians reportedly fleeing their home.

Details of the horrific basement in Bucha were reported by Denisova, who said there were around 25 girls and women inside.

She said: "About 25 girls and women aged 14 to 24 were systematically raped during the occupation in the basement of one house in Bucha. Nine of them are pregnant.

"Russian soldiers told them they would rape them to the point where they wouldn't want sexual contact with any man, to prevent them from having Ukrainian children.

"A 25-year-old woman called to tell us her 16-year-old sister was raped in the street in front of her. She said they were screaming 'This will happen to every Nazi prostitute' as they raped her sister."

The horrific acts, reported by the BBC, form one of many reports of Russian war crimes and assaults against women in Ukraine, with Daily Star reporting a series of crimes performed by Russian soldiers.

Agnès Callamard of Amnesty International said: "In recent weeks, we have gathered evidence that Russian forces have committed extrajudicial executions and other unlawful killings, which must be investigated as likely war crimes."