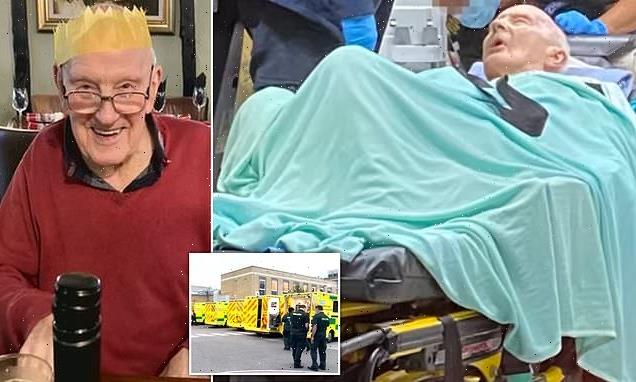 An 89-year-old man was told he had to wait 21 hours on the floor for an ambulance after he fell from his wheelchair and cut open his head.

Roy Clare, 89, from Southend -on-Sea, Essex rang for an ambulance on Tuesday after the accident at his home.

Instead of racing directly to his home, call handlers told Mr Clare to remain on he floor for the ambulance to arrive.

Mr Clare’s daughter Diane East used her basic nursing skills to clean up her father and put him to bed. 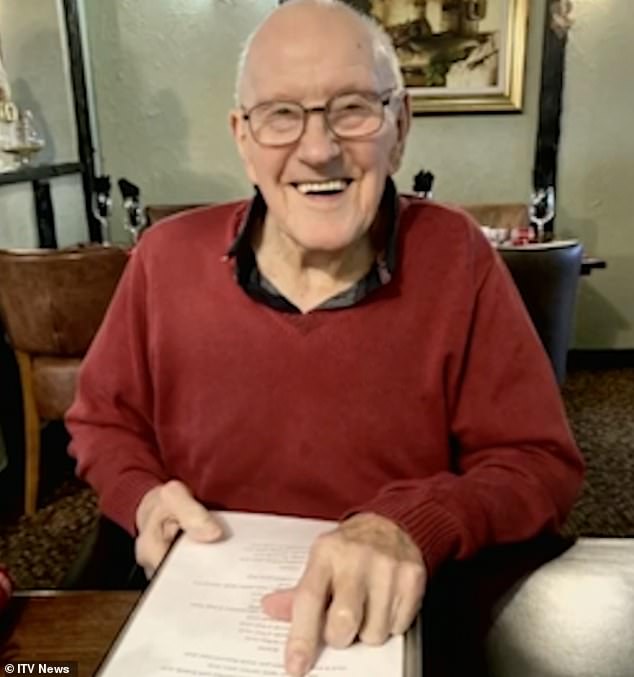 Roy Clare, 89, from Southend-on-Sea fell from his wheelchair on Tuesday evening and cut his head 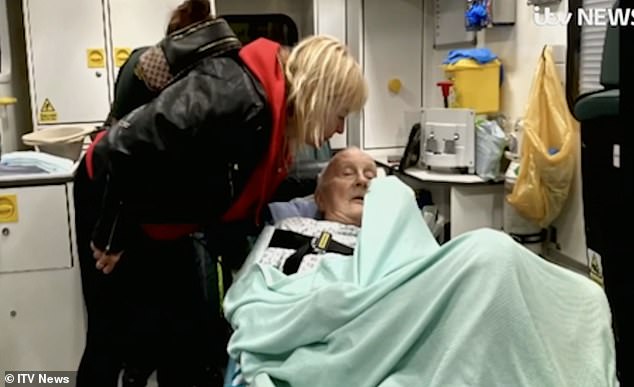 Mr Clare, pictured with his daughter Diane East, left, had to wait until 2pm on Thursday for an ambulance to arrive 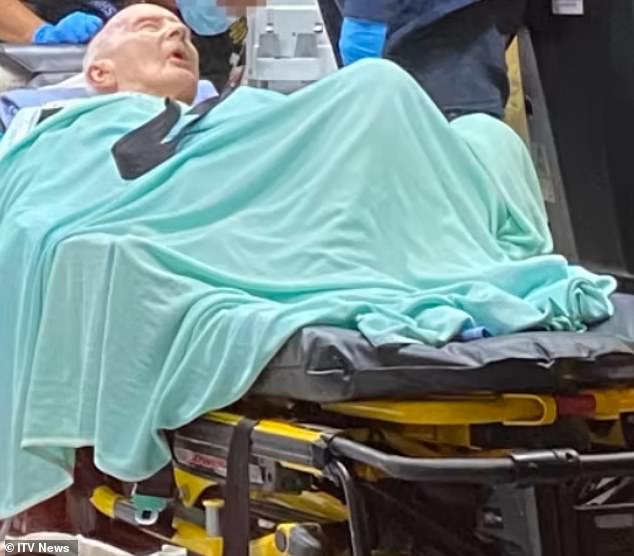 After getting into the ambulance, Mr Clare had to wait a further eight hours outside the hospital to get into A&E 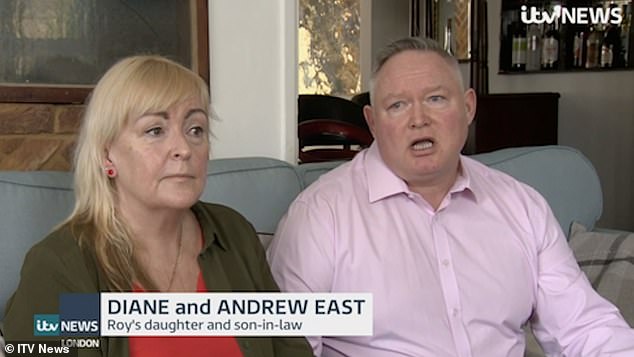 Mrs East, pictured with her husband Andrew said her father’s ordeal did not end once help arrived as he was forced to spend almost eight hours in the ambulance outside Southend Hospital 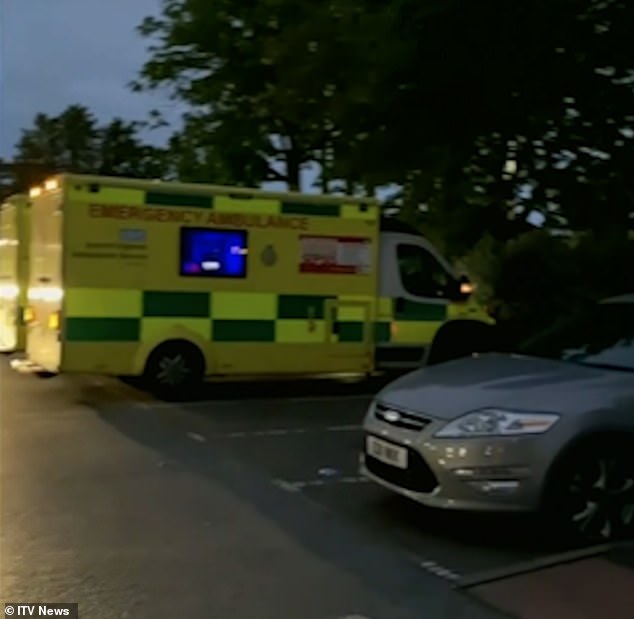 The following day, Mr Clare’s condition had deteriorated so his family called 111 for advice who recommended calling him a doctor.

When his condition deteriorated further and his breathing became laboured, the doctor arrived on Wednesday evening.

The doctor, when considering Mr Clare’s previous history of strokes, recommended that he should be admitted to hospital for tests and observation.

On Thursday, the family were told there were no ambulances available, but at 2pm three arrived at the same time by mistake.

He was taken to Southend Hospital but with 22 ambulances ahead of him, he was forced to wait in the back for a further 8 hours until he was finally admitted to a ward. 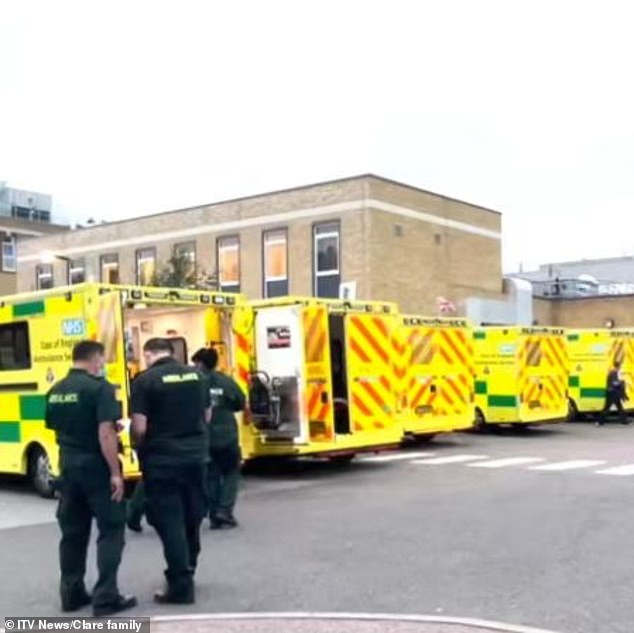 Mrs Ward told ITV News: ‘We sent him into a situation where it was even worse.

‘Why is there such a bad situation at the hospital?’

‘Our hospitals are experiencing an extremely high demand for their services, with many arriving at A&E by ambulance, reflecting just how busy local NHS and social care providers are.

‘We are all working together to respond to this higher demand for services, so that we can provide the best possible care for our patients.’

Roy Clare’s 48-hour wait to get to hospital

TUESDAY EVENING: Roy Clare, 89, falls from his wheelchair and is told theer are no ambulances available for 21 hours.

WEDNESDAY MORNING: Family calls 111 and call handler advises them to see a doctor

WEDNESDAY EVENING: Doctor arrives and due to Mr Clare’s history of strokes, he should be admitted to hospital

THURSDAY MORNING: Family told there are still no ambulances

2PM: Three ambulances arrive at his home by mistake