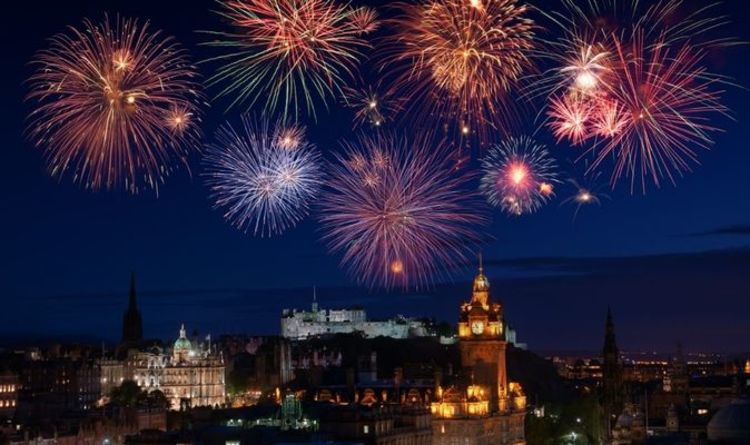 Partygoers will be delighted to hear that New Year’s Eve (NYE) could hit record highs. After a chilly snap for some over the festive period, this unseasonably warm weather will be welcome news. Here is the latest forecast for December 31 and January 1.

The Met Office confirmed on December 25 that it had officially been a white Christmas, as parts of the UK woke up to a festive blanket of snow.

The highest parts of Scotland were blanketed with a couple of centimetres, while some parts of northern England saw as much as 5cm.

This weekend’s weather will be very different. The Met Office has said temperatures could climb to record highs of 15C on New Year’s Eve (NYE).

The BBC has forecast even higher temperatures of up to 16C in London on NYE.

If these forecasts are proved right, then it will be the hottest NYE on record.

The current record was recorded in 2011 where temperatures reached 14.8C in Colwyn Bay, in North Wales.

The Met Office said from December 30 to January 1 temperatures will be “exceptionally mild.”

The mercury will stay around an average of 14C over the bank holiday.

This is almost twice as warm as the seven to eight degrees Celcius average usually experienced around this time of year.

“We’ve had a white Christmas and now we’re going to see it get warmer.

“It’s going to be exceptionally mild in the coming days and could be as high as 15C on New Year’s Eve.

“If that’s the case, then another record will fall.”

But overall the weather picture won’t be exceptional, as the Met Office also said the warm weather will be accompanied by “unsettled with spells of rain and strong winds but also some decent drier and brighter interludes.”

They added: “Rain [will be] heaviest and most persistent over western hills.”

Although many NYE fireworks events have been cancelled clouds might have prevented a clear view of the skies in any event.

“There’s going to be cloud at times as well as strong winds and heavy rain, particularly across the North and the West of the UK.

“This is all being driven by low-pressure systems moving across the Atlantic and bringing in the milder air and wet weather.”

The mild temperatures experienced over the bank holiday weekend are forecast to last well into the first week of 2022.

28/12/2021 World News Comments Off on New Year’s Eve weather forecast set to be highest on record in UK – how warm will it be?
Markets