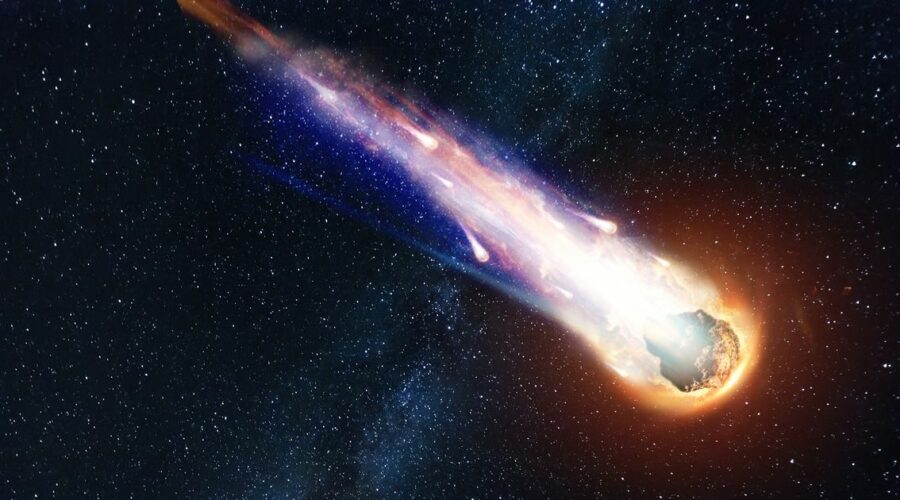 A potentially dangerous asteroid almost three times the size of Big Ben is on course for a 'close approach' to Earth.

The massive rock which has stolen the attention of NASA scientists is set to soar past us on Friday.

Officially named 2007 FF1, the asteroid is understood to measure up to 260 metres wide according to the space agency's Center for Near Earth Object Studies (CNEOS).

2007 FF1 dwarfs considerably all other close calls expected this week and next as registered on the CNEOS website.

Fortunately there is little need to panic just yet as although the giant rock is whizzing around the space and classified as a near Earth object, humanity should survive.

Data available on the asteroid states the closest it will get to smashing into Earth is a lunar distance of 19.31 which to the rest of us equates to nearly 4.5million miles according to Translators Cafe's Unit Converter.

In astronomical terms though, it is still considered something of a close shave.

It is a good job too because the speed at which 2007 FF1 will be travelling at is estimated to reach close to 30,000mph which would inevitably wreak a whole lot of damage here if our planet was in its path.

The largest object on the extensive NASA Potentially Hazardous Asteroids list is Asteroid (53319) 1999 JM8 – a four-mile-wide monster that is luckily unlikely to come much closer to us than the planet Venus for the foreseeable future.

The asteroid currently presenting the greatest threat is Bennu, a 460-foot rock that is likely to make a series of close passes of the Earth in the coming couple of centuries – with its closest approach coming on Tuesday, September 24, 2182 when it has a roughly 1-in-2,700 chance of hitting our planet.

Every million years or so we can expect an object in the half-mile range and that would cause an explosion equivalent to some 100,000 megatons of TNT.