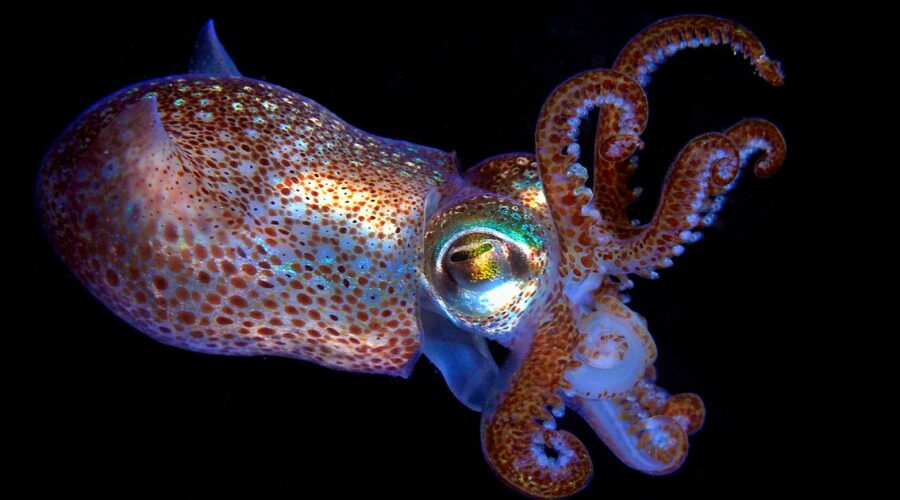 NASA is set to launch glow-in-the-dark squids into space.

The US space agency plans to use them to see how microbes they interact closely with on Earth react to being in micro-gravity.

Elon Musk's SpaceX's 22nd mission to the International Space Station is set to have juvenile bobtail squid, waterbears and solar panels on board.

NASA says the resupply mission will launch from its Kennedy Space Center in Florida no earlier than June 3.

A spokesman said: "These immature bobtail squid (Euprymna scolopes) are part of UMAMI, an investigation that examines whether space alters the symbiotic relationship between the squid and the bacterium Vibrio fischeri.

"Experiments aboard include studying how water bears tolerate space, whether microgravity affects symbiotic relationships, analyzing the formation of kidney stones, and more."

Waterbears are microscopic organisms whose scientific name is tardigrades.

They get their name because they look like tiny bears under a microscope and mostly live in water.

The creatures are often studied due to their extreme survival abilities.

They can withstand the vacuum of space, huge amounts of radiation as well as extreme cold and hot.

Principal investigator Thomas Boothby said: "The results could advance understanding of the stress factors affecting humans in space and support development of countermeasures.

“Spaceflight can be a really challenging environment for organisms, including humans, who have evolved to the conditions on Earth.

"One of the things we are really keen to do is understand how tardigrades are surviving and reproducing in these environments and whether we can learn anything about the tricks that they are using and adapt them to safeguard astronauts.”

Bobtail squids meanwhile are often used in studies looking at how microbes and animals can be mutually beneficial to each other.

The UNAMI study on the ISS will look at how helpful germs may be able to help astronauts stay healthy by analysing how the squid and its symbiotic bacteria, Vibrio fischeri.

Its principal investigator Jamie Foster said: “Animals, including humans, rely on our microbes to maintain a healthy digestive and immune system.

"We do not fully understand how spaceflight alters these beneficial interactions. The UMAMI experiment uses a glow-in-the-dark bobtail squid to address these important issues in animal health.”

A spokesman added: "This investigation helps determine whether spaceflight alters the mutually beneficial relationship, which could support development of protective measures and mitigation to preserve astronaut health on long-duration space missions.

"The work also could lead to a better understanding of the complex interactions between animals and beneficial microbes, including new and novel pathways that microbes use to communicate with animal tissues.

"Such knowledge could help identify ways to protect and enhance these relationships for better human health and well-being on Earth as well."