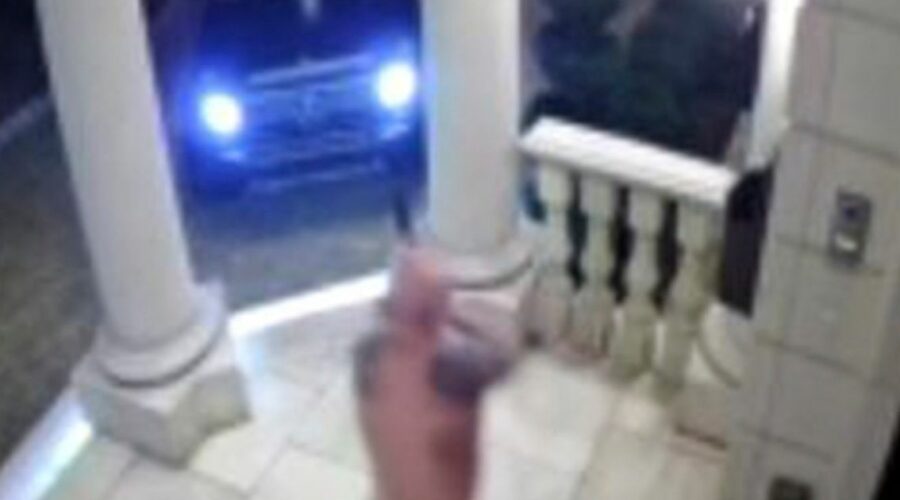 Evan Wexler, a 56-year-old meat mogul, got so fed up with thieves constantly trying to steal his exotic sports cars, that he ran naked from bed and started shooting with an automatic rifle.

The crazed act of vigilantism worked and the warning shots caused the thief to flee.

But now the frustrated 56-year-old claims that the police are more concerned with his 'acts of defence' more than the attempted thieving of his cars, which he claims has happened over 18 times.

CCTV footage from as recently as Sunday night shows a hopeful car bandit break into the millionaire's Mercedes G-Wagon parked outside his New Jersey home.

The same thieves visited his home in August and attempted to take his rare Lamborghini Aventador SVJ Coupe worth more than half a million dollars, Wexler claims.

Authorities were called twenty-five times during attempted jackings of the mogul's cars since August 2019.

But the pesky thieves have only been caught once, the high-end steak wholesaler claims.

After losing his cool and firing warning shots at the thieves, police charged Wexler with aggravated assault and possession of weapons for unlawful purposes.

Wexler told The New York Post: “An incident happens where a guy gets my car started, I came out of the house with a rifle, the guy puts the car into drive, drives forward, and my gun discharges.

“At that point, Fort Lee police show up, there’s no victim of a shooting, but they come and turn the tables on me.”

He claims that the bandits still visit his cars late at night every two weeks, on average.

The mogul claims that he is too 'tired and anxious' to carry on dealing with the persistent thieves.

“At least when I had guns in the house, I knew if they came into my house I had some protection, but now all I have is a dog," he said.