The online retail giant told the BBC that it will now only allow the sale of seeds by sellers based in the US.

US officials said gardeners should not plant seeds of unknown origin.

The packages are believed to be part of a global “brushing” scam to gain positive reviews for online selling sites.

Amazon’s new guidelines, in effect since 3 September, also prohibit the sale of seeds within America by non-US residents. It added that sellers may be banned if they do not follow the new guidelines.

But the retailer has not confirmed if its ban will extend to other countries.

News of the policy change was first reported by the Wall Street Journal.

At least 14 plant species have been identified among the mystery packages, including mint, lavender and roses. 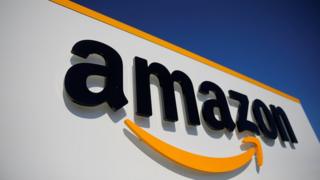 Unsolicited seed packages are also being reported in other countries, including the UK. Last month Scottish authorities advised people not to handle the seeds, for fear they could damage local ecosystems.

In an update on 11 August, the US Department of Agriculture (USDA) said experts analysing the seeds found few problems with them, and that China was assisting with investigations.

But the USDA has warned people against planting the seeds, saying they could be non-native species or carry pests and diseases.

So-called “brushing” scams involve sellers sending out low value items such as seeds or rings. Each fake “sale” then generates an online review that appears to boost the seller’s legitimacy.