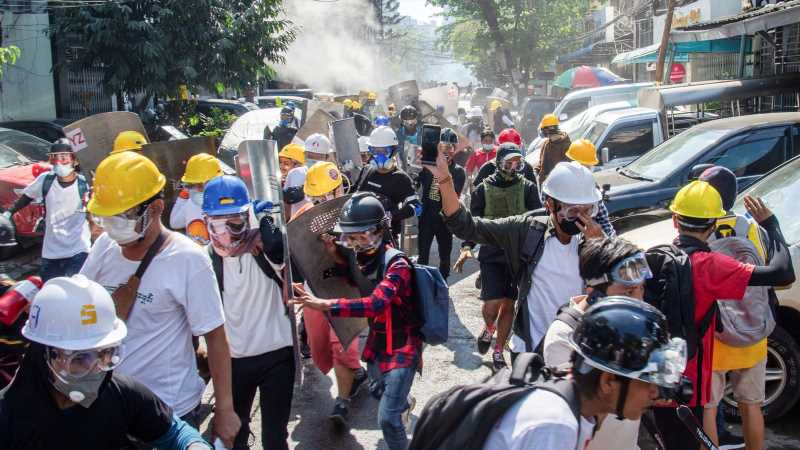 In Thailand, Ak* is about to begin a journey which he knows could lead to injury or death.

But Ak’s home is Myanmar, a country where streets have become battlefields following February’s military coup. 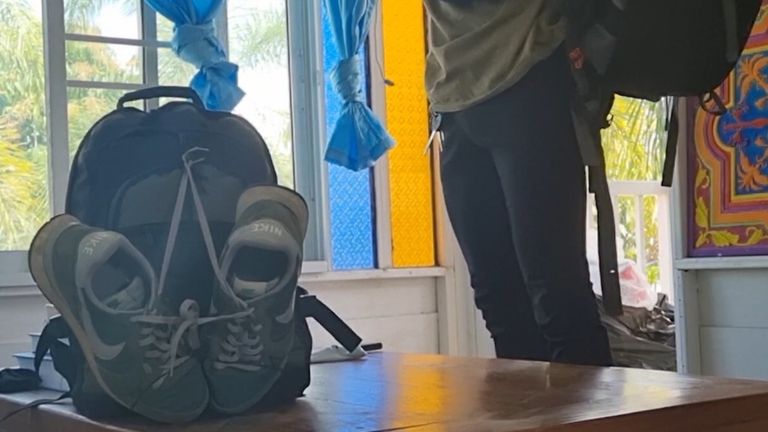 “Now things are more violent than ever and I’m really scared to go but to be honest I’ve always been this guy who complains how sh**ty my country is all the time and now it’s changing and it’s either going to be worse than before or it’s going to be a lot better and I need to be a part of this fight,” he explains.

He’s determined to join the resistance and fight for the democracy which he says the military junta has stolen.

So, the 20 year old packs a small bag, pats the dog goodbye and heads towards the Thai border.

At immigration, he joins around 600 other people preparing to cross over.

The initial bus ride to Myanmar’s checkpoint only takes around 10 minutes but Ak knows it’s likely a one way ticket – he’s been told once he’s back in Myanmar he may not be able to escape again.

“A lot of people told me I should just stay in Mae Sot where I’m safe and translate the news to English and do whatever I can from a safe place but I know I can do a lot better and a lot more if I’m on the ground. Even though there’s the risk of being shot, being killed by the police and getting arrested, I still have to be a part of this,” he says.

This is it, there’s no going back.

Ahead the yellow, green and red flag of Myanmar flutters in the breeze.

At border control, long queues move at a glacial pace as he waits to get his papers checked.

People have to have permission to enter, their names are checked and approved by the now military controlled government.

The process takes ages and includes a mandatory COVID-19 test for all.

Finally, after five painful hours he’s told he can go and is just in time to get a jam-packed government bus to Yangon.

“The current situation in Myanmar is pretty bad at the moment,” Ak says, “On 3 March, 38 peaceful protestors were killed. So many people got arrested, so many people were injured and these were all official numbers so it’s likely that there are more who are dead or arrested or got injured.”

The city he’s returning to has seen daily protests for almost six weeks with tens of thousands of pro-democracy activists taking to the streets.

The military’s response has been increasingly violent with bullets, tear gas and stun grenades among the arsenal turned on protestors.

At night, a curfew keeps people in their houses but for many that’s when the real terror begins.

It doesn’t deter Ak or the others on the bus, some of whom pose for a photo, showing the three fingered sign of resistance.

But suddenly, their journey comes to an abrupt halt.

“They said the bus was going to go all the way and the curfew didn’t matter because these were official cars from the government but apparently now we are stopping because one of the bridges is closed and we are probably going to keep going in the morning,” Ak explains.

So everyone trundles out of the bus again and settles down on the floor of a remote service station where they must wait until the curfew is lifted at 4am. 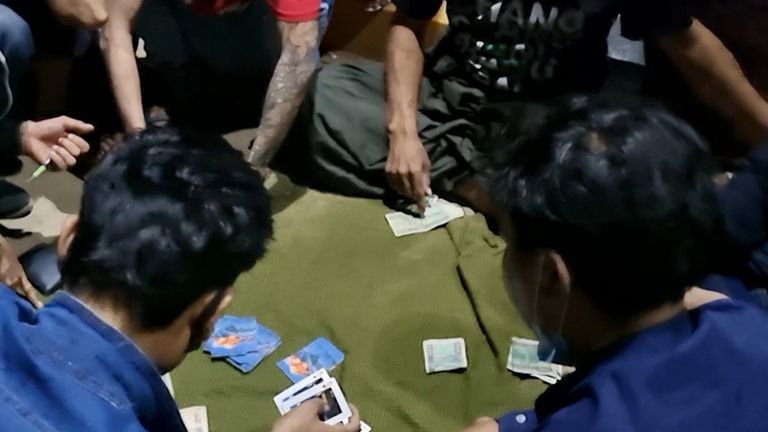 As of 11 March, 2,045 people have been charged or sentenced since the attempted coup according to the Assistance Association for Political Prisoners Burma.

Many of them have been taken from their homes at night and simply disappeared.

Worried families have no idea where they are being held and if they are still alive.

The military has said it will abide by the law but the growing use of violence against protestors has led to repeated calls from the international community to the junta to stop using force.

Around 27 hours after leaving Thailand, Ak finally arrives in Yangon.

The safety of yesterday is a distant dream compared to the daily danger he will now face.

Almost immediately, he collects his goggles and hard hat and heads out to the barricades being put up in a nearby street. 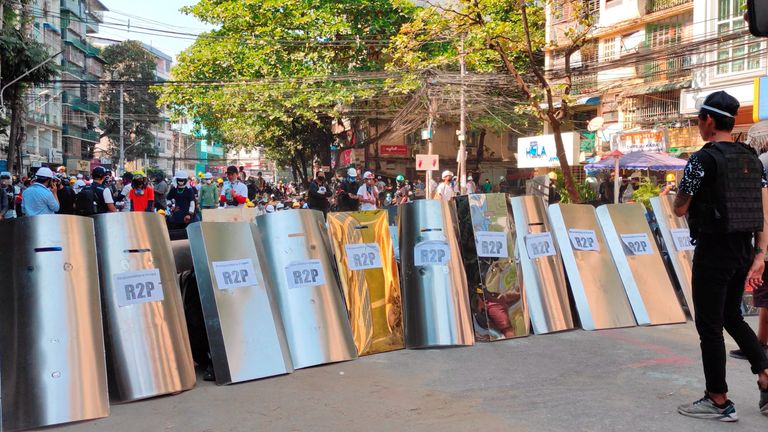 A 20 year old, risking it all to fight for democracy on the front line:

“We’ve just got to keep doing the civil disobedience movement and keep going on protests, keep supporting each other and be patient and not be violent”, he says, “You know, we are going to win.”

*(Names and details have been changed to protect identities)

12/03/2021 World News Comments Off on Myanmar: ‘I need to be part of this fight’ – resistance to military coup grows as people return home to join protests
Markets 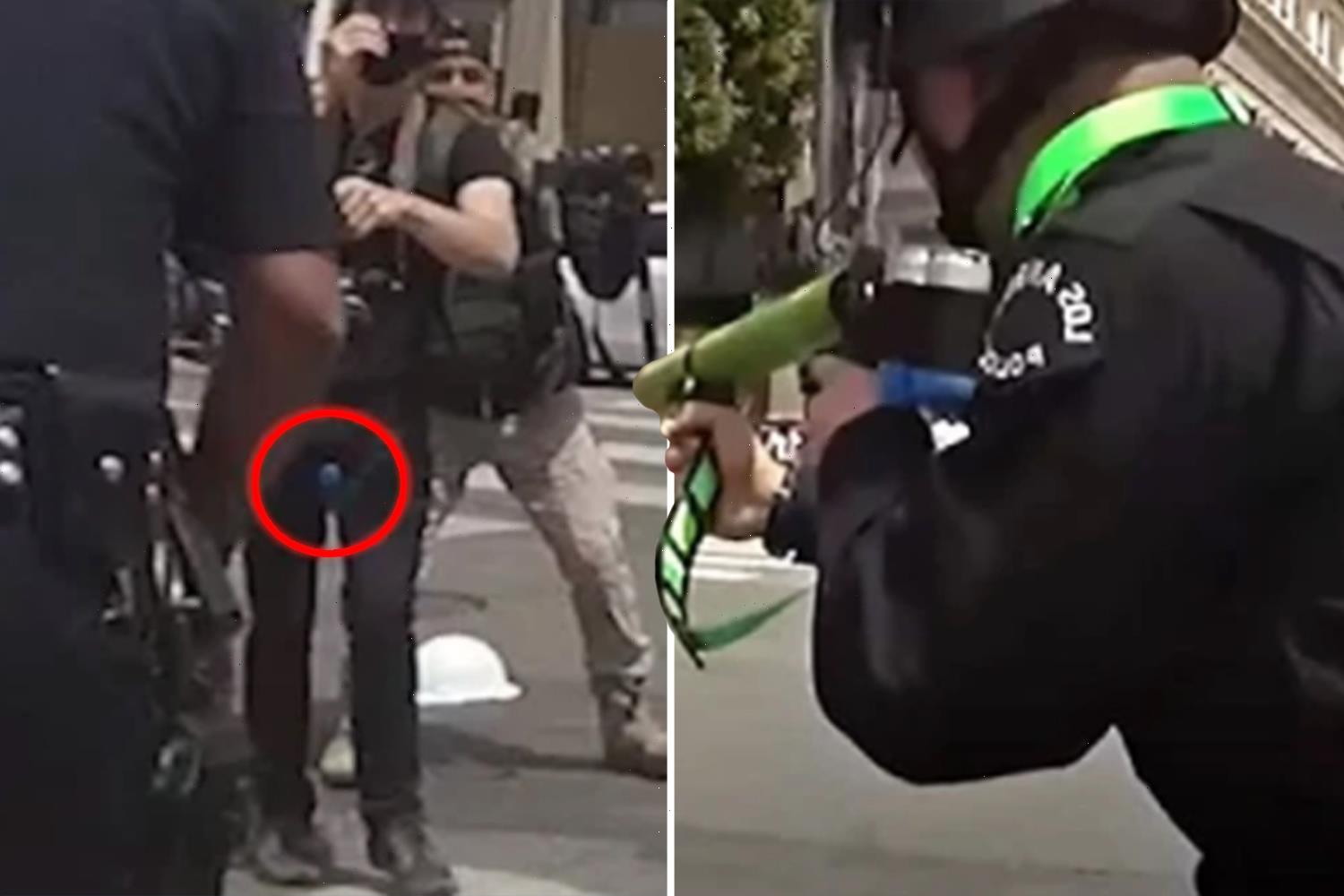