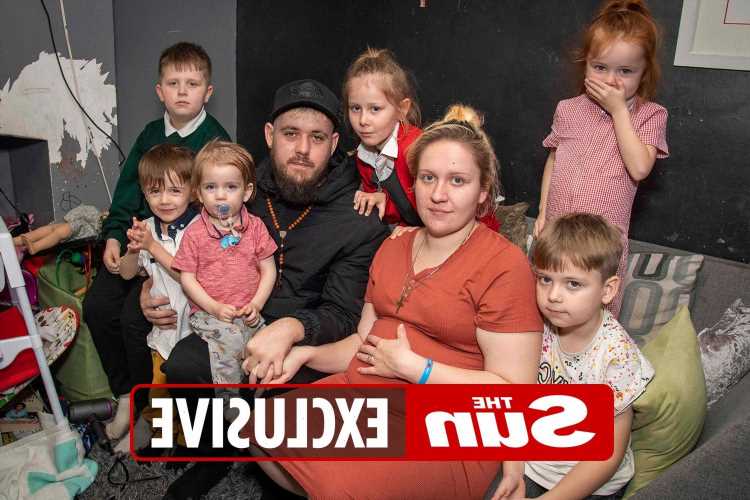 A FAMILY-OF-EIGHT has been unable to shower for more than six weeks after raw sewage flooded their home.

The Hardys' bathroom has been near enough off-limits since the beginning of November when their three-bed council house began drowning in poo and murky water. 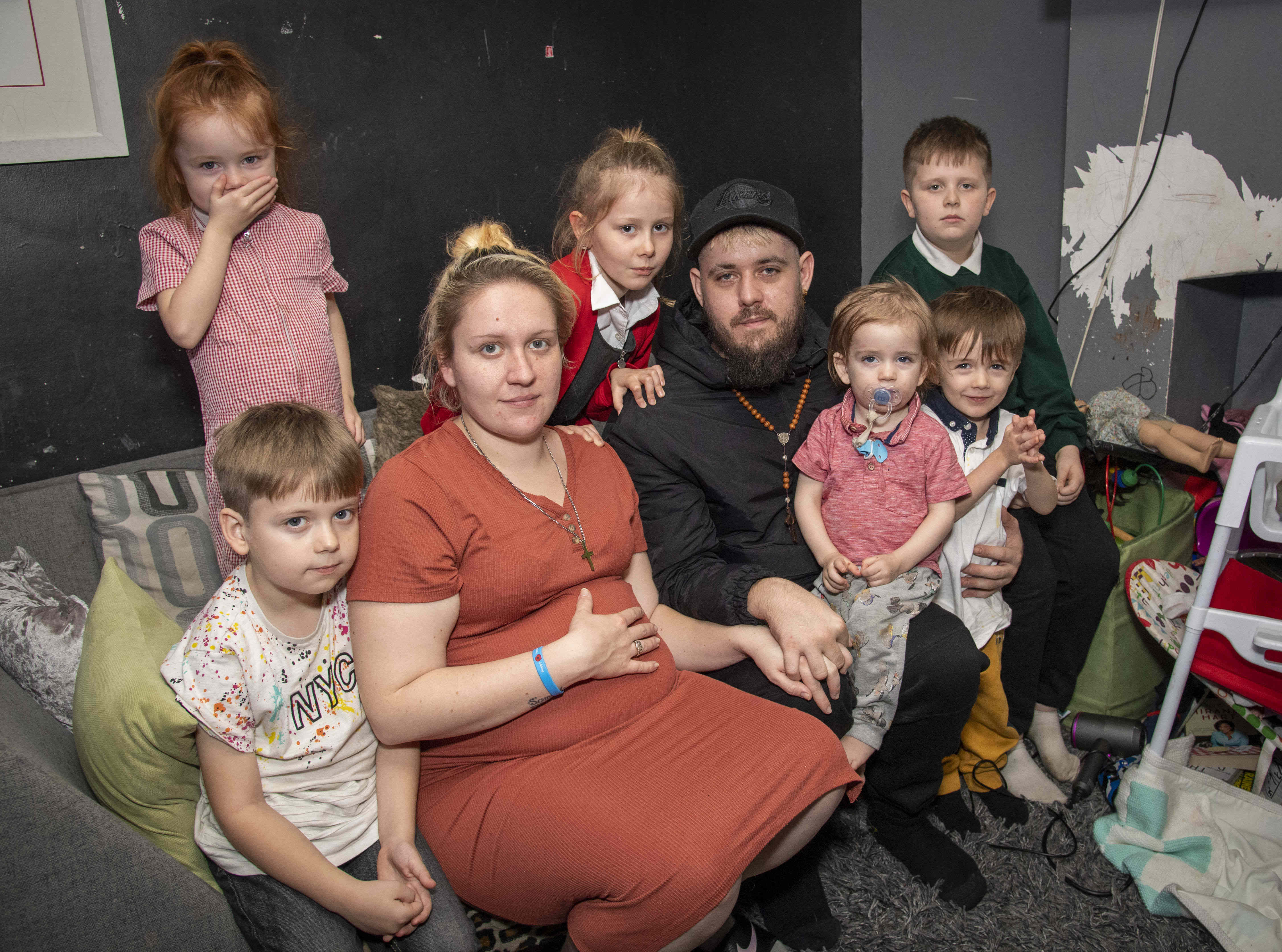 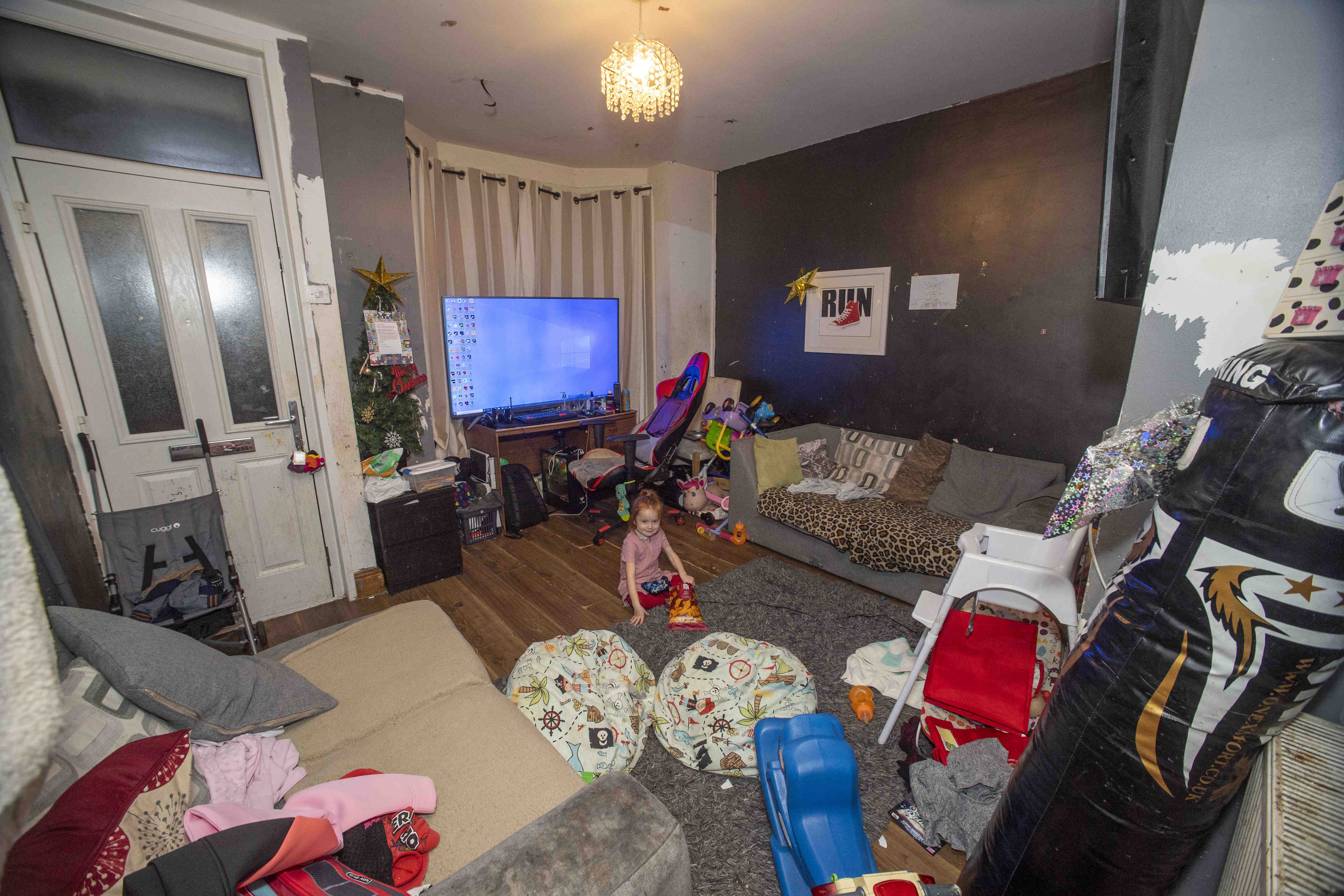 The property is also infested with mice gnawing through their cupboards and leaving droppings in every inch of the place.

Dad Sam said the squalid conditions are not only making his children, aged one to nine, unwell with constant sickness and diarrhoea, but he is also incredibly concerned for his partner Rachel, who is 30 weeks pregnant with their seventh child.

Rachel said: "We haven't been able to bathe or shower for six weeks.

"We were promised things would be fixed on Friday but yet again we are left with raw sewage everywhere and my kids have to go without a wash even longer.

"They just don't care about us, they see us as scum, but we are desperate.

"My kids deserve better and shouldn't have to live like this, and Sam and I constantly feel stressed and depressed."

The couple have been forced to wash themselves and their children in a tiny baby bath, filling it up with water from the kettle.

They also spent four hours unlocking the drain with their bare hands yesterday after the council maintenance team "failed to clear it".

'NOT A SPICE GIRLS REUNION'

Could THIS F1 rule see Lewis Hamilton named champ ahead of Max Verstappen?

Rachel added: "I have to lay blankets and towels down on the kitchen floor every time we bathe.

After six weeks of hell, 31-year-old Sam is at his "wit's end" with the council, which he claims is refusing to help.

Sam, from Southsea in Portsmouth, Hampshire, said: "My kids shouldn't have to live like this.

"Every time we use the shower or flush the toilet upstairs, the toilet downstairs will start filling up and sewage will start spewing over and coming out of different pipes.

"Our drain in our back garden is blocked and it's right next to our back door and that is also leaking sewage.

"My partner and I are constantly having to clear it up. It's disgusting."

On top of the human waste and used toilet roll, the property is inundated with mice.

The rodents are not only eating the family's food, but they are also munching their way through the kitchen cupboards and shelving.

"There are mice and droppings everywhere," Sam said.

"They are eating through all of the food in the cupboards on a daily basis even though it is locked away.

"It's happening every single night."

Despite having to deal with the mess for approaching two months, Sam said the council has "nothing" to help.

This is because he owes £400 after a change in benefits, which he said he is slowly paying back in monthly instalments.

"Every time we tell them, all they say is 'paying your outstanding debt off and we will start doing things for you'," he said.

"We already live in a tiny house, with one room so small it's like a closet, and they just don't want to help, never mind move us.

"We even got social services involved, and my partner's midwife, and the children's school also wrote to the council asking them to sort the sewage out.

"But they still haven't done anything except ask for their money. It's awful, a joke."

The dad-of-six also said the authorities have refused to move huge piles of rubbish in their back garden, which has been there for months.

And the council won't fix a leaking bathroom which sends water into the room below.

The whole ordeal has left Sam and Rachel suffering from depression and anxiety and feeling like they have nowhere to turn.

Their kids, aged one, three, four, five, six and nine, are also in and out of the doctors with health problems their parents blame on the state if their living conditions.

Sam, who is out of the work at the moment due to his health, said: "We even phoned 111 the other day because we were so worried about our kids.

"They just keep getting ill and we thought it was the sewage and the mice.

"111 said it probably isn't, but what is it then? I don't know. They keep getting sickness and diarrhoea."

A Portsmouth City Council spokesperson said: "The council is not withholding any services and has visited this property on several occasions regarding issues reported by the tenants, and has taken appropriate action.

"We have not been advised of any sewerage issues in the property.

"A housing officer will contact the tenants and arrange to visit the property to investigate the situation." 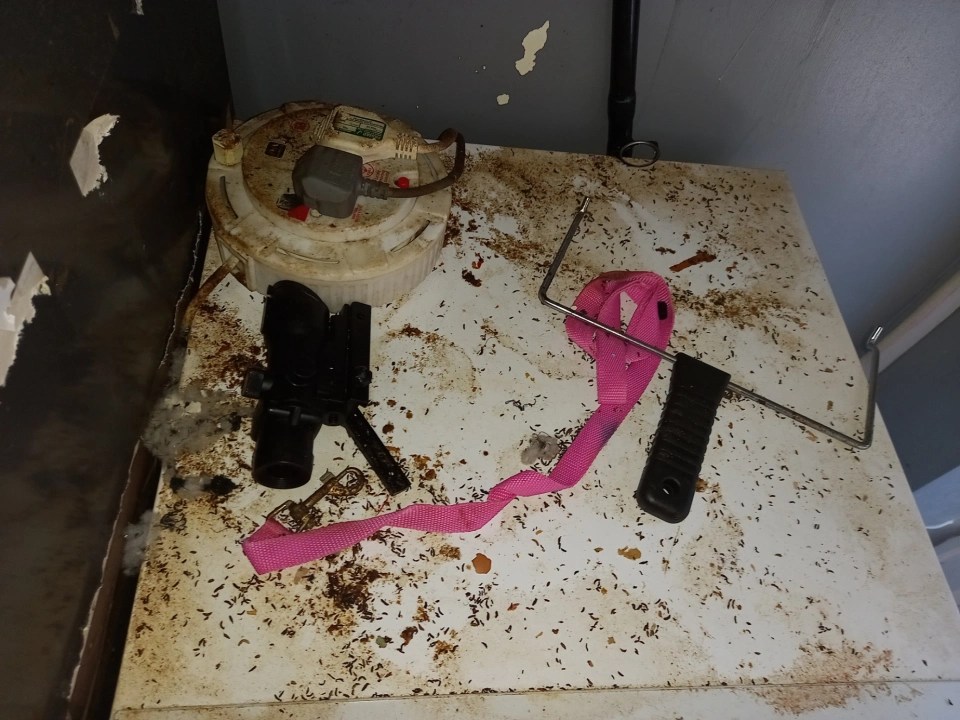 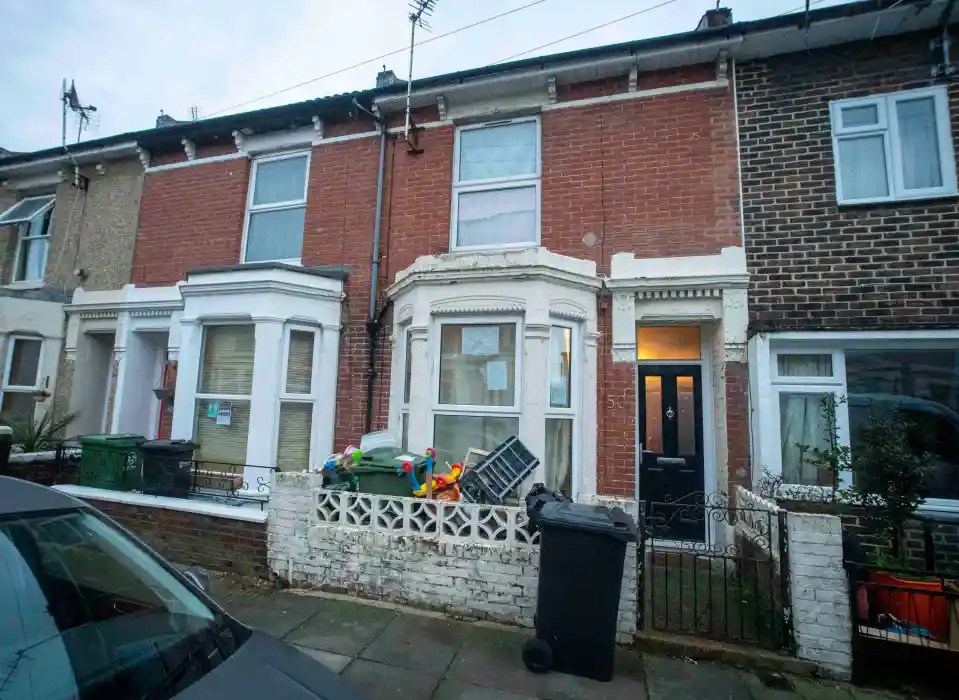 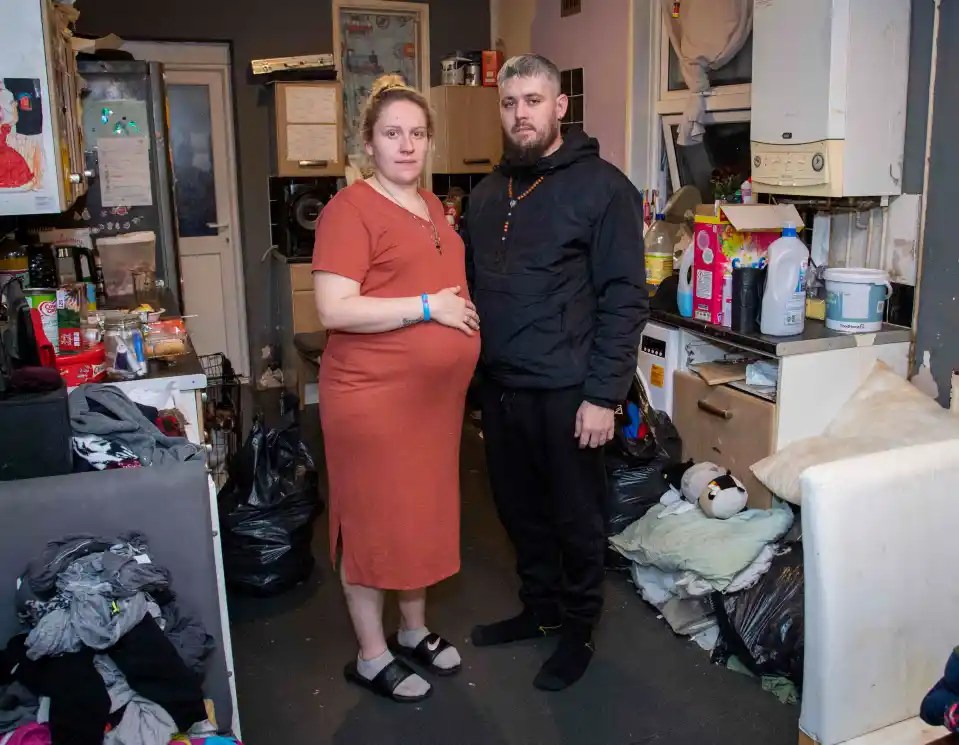 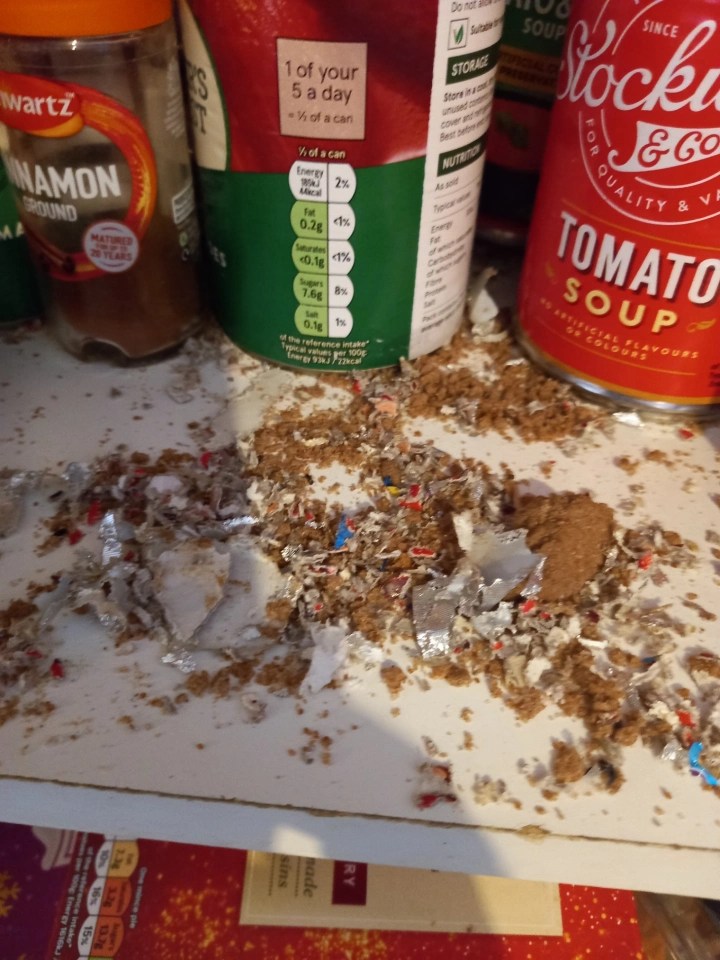 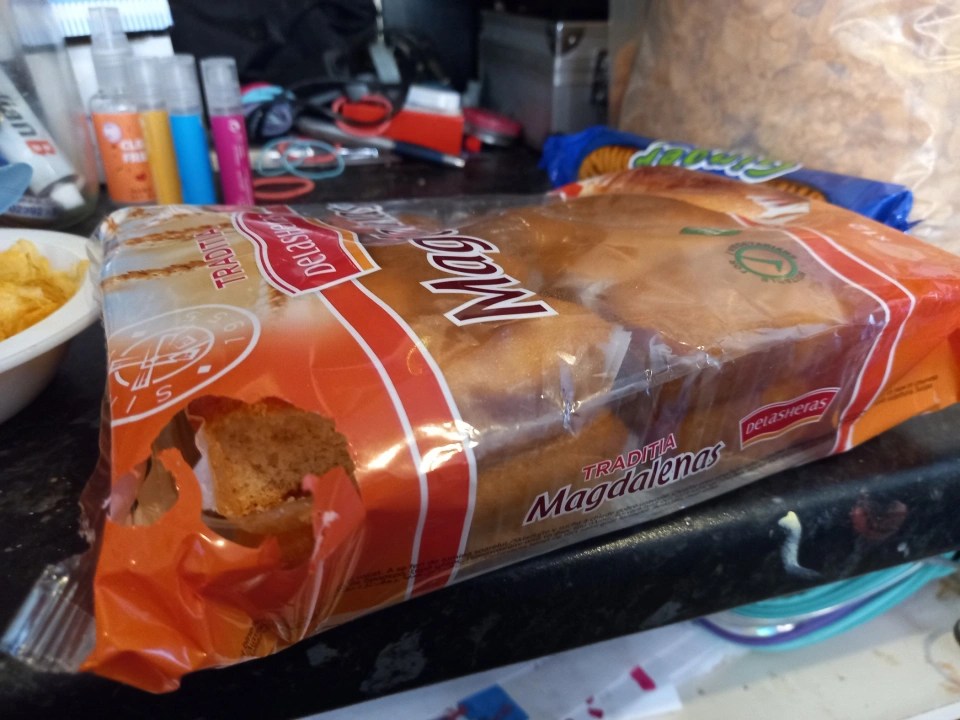 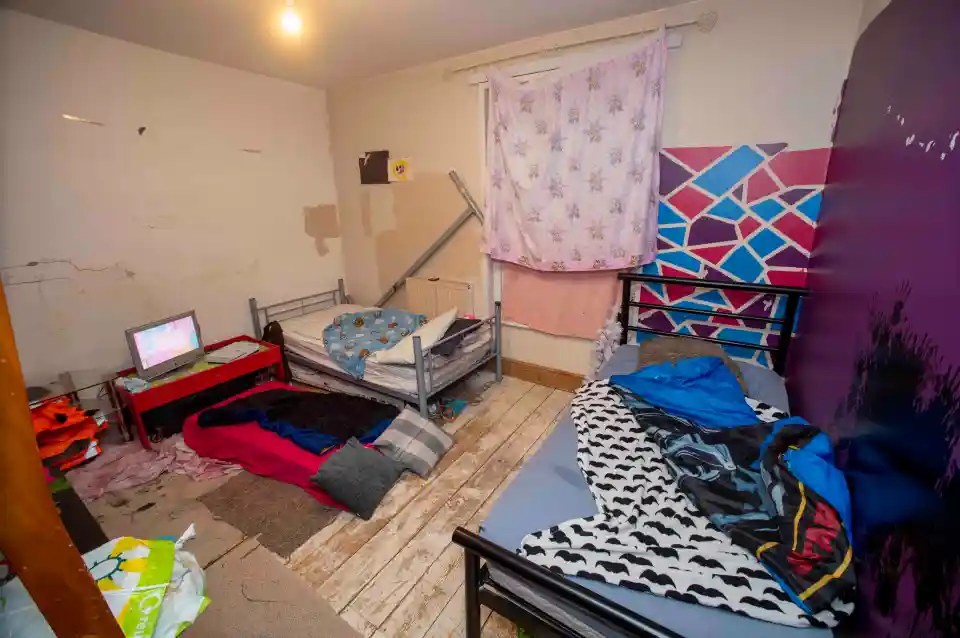 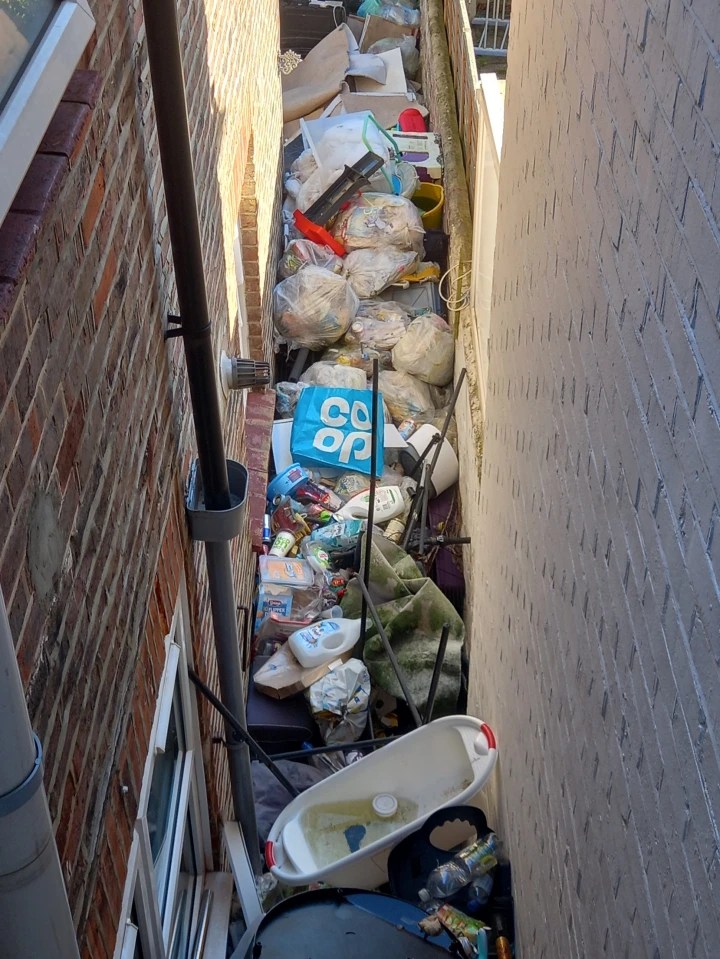 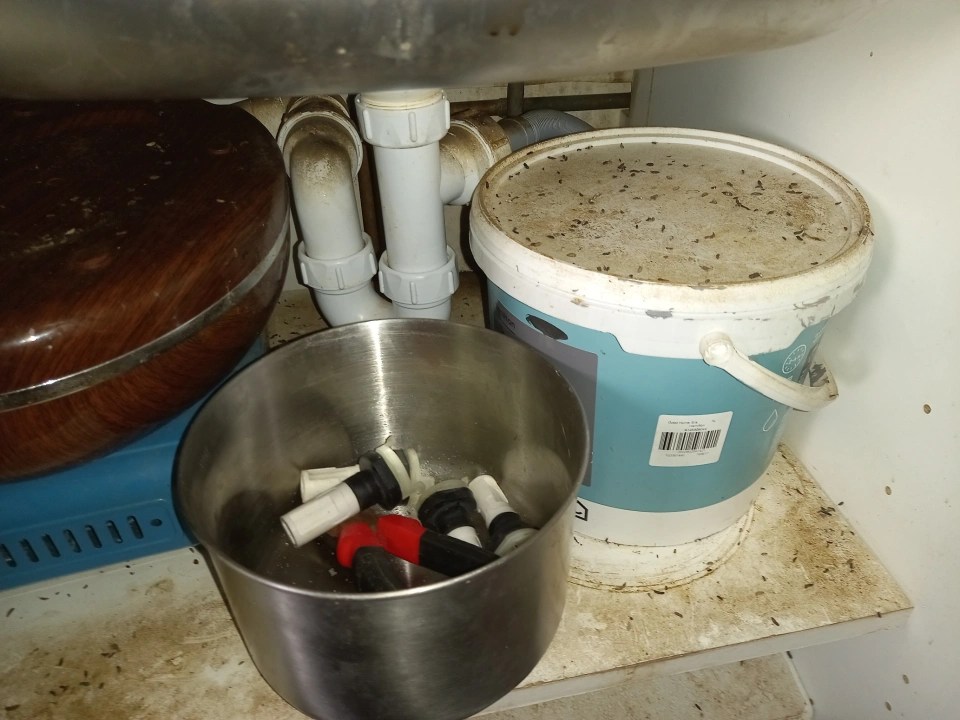