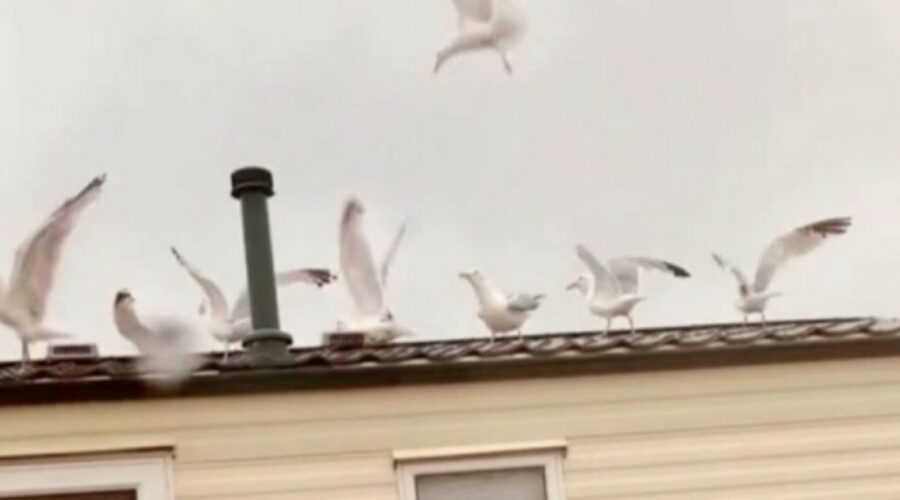 A raging mum has planned her ultimate revenge on her noisy neighbours by throwing bread on their caravan rooftop to let swarms of seagulls wake them up in the early morning.

Heather Minshull, 37, her husband Craig, and their kids Toby, 11, and Tilly, eight, were enjoying a relaxing staycation at a caravan site in Towyn, Conwy, North Wales until the last day when a group of revellers blasted loud music at late night.

She was left fuming when she got rejected asking them to turn down the volume.

The parent came up with an ingenious idea to make their hangovers 10 times worse – with screeching seagulls fighting over food on their rooftop at 7 o'clock the next morning.

Heather, of Stockport, Greater Manchester, says in a video: "So we’re on holiday in Wales in this lovely static caravan, it’s really nice, on this lovely peaceful resort… well it was peaceful until last night, our final night, when these idiots show up, 12 o’clock at night, music blaring… the kids were asleep.

"I asked them to keep it down but they didn’t, it went on for hours.

"So 7 o’clock this morning when I woke up I got them back. I checked there was no-one around and I launched a tonne of bread on the caravan roof so that this would happen."

She turns the camera to show the chaotic scene on the rooftop where a dozen hungry sea birds are fighting over the bread.

Heather said she didn’t regret her little payback plan, adding that there were three lads in the caravan with one came out looking extremely rough as the birds went for the bread on the roof.

The overjoyed mum commented: "The group woke up straight away.

"They were all looking angry and rough and clueless over what was going on."