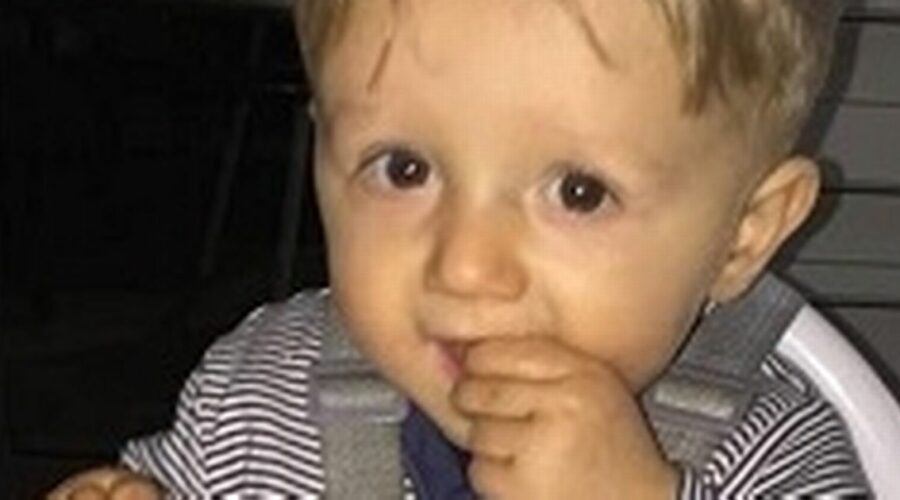 The mum of a murdered toddler revealed her agony at telling her eldest son his little brother 'wasn't coming home'.

Jacob Marshall suffered multiple, horrific injuries and a “catastrophic brain injury” at the hands of Jonathan Simpson, who has been jailed for life.

Simpson, 25, offered to look after the 22-month-old child while his girlfriend Emma Marshall, 23, went to get her hair cut in July 2019.

A neighbour later found Jacob unresponsive at his home in Belford Way, Speke, Liverpool, but Simpson failed to call an ambulance.

The Liverpool Echo said he smoked a cigarette while Jacob lay dying, then claimed he fell off a couch, before suggesting he fell down the stairs.

Simpson was found guilty of murder after a trial and jailed for life today, (Thursday, March 11), for a minimum of 19 years.

At Liverpool Crown Court, the killer first had to listen to the powerful words of mum-of-two Emma, who also has a six-year-old boy, Thomas.

In a victim statement, she told the court that when Jacob was born in September 2017 it was “the happiest day of my life”.

She said: “He had the most amazing relationship with his brother, Thomas and anyone he came into contact with because he was such a happy little boy.

“I will regret leaving Jacob with Jonathan Simpson for the rest of my life.”

She said: “I made the decision to leave my baby Jacob in the care of Jonathan Simpson and that is something I will regret for the rest of my life.

“I was in the hairdresser getting my hair done, which is something I didn't do very often, when I received a call from my sister telling me that I needed to get to the hospital straight away.

“I didn't realise the seriousness of Jacob's condition as when Jonathan had told me something had happened he had played the whole thing down.

"It was only when I arrived at the hospital I realised how serious Jacob's condition was as he had been rushed into surgery.”

When Jacob came out of surgery doctors told her there was nothing more they could do for him.

She then explained the agony of having to tell Jacob's brother that he had gone.

She said: "In the days after Jacob had died I had to stay strong as I had Thomas to think about, when really all I wanted to do was curl up in a ball and pretend that none of this was happening, that it was all just a bad dream, but it wasn't.

"I also had to tell my son, Thomas that his little brother Jacob wasn't coming home. My mum and I told him together. I can't describe how much it broke my heart having to tell him that he was never going to see Jacob again."

She said: “I will never forget the words the surgeon said to me that day, she told me that she had been a surgeon for 17 years and this was the most catastrophic injury she had ever seen and as soon as she opened him up she knew there was nothing that she could do.

“Those words will stay with me forever.”

Simpson, of no fixed address, was found guilty of murder by a jury, and sentenced to life imprisonment and must serve a minimum of 19 years.