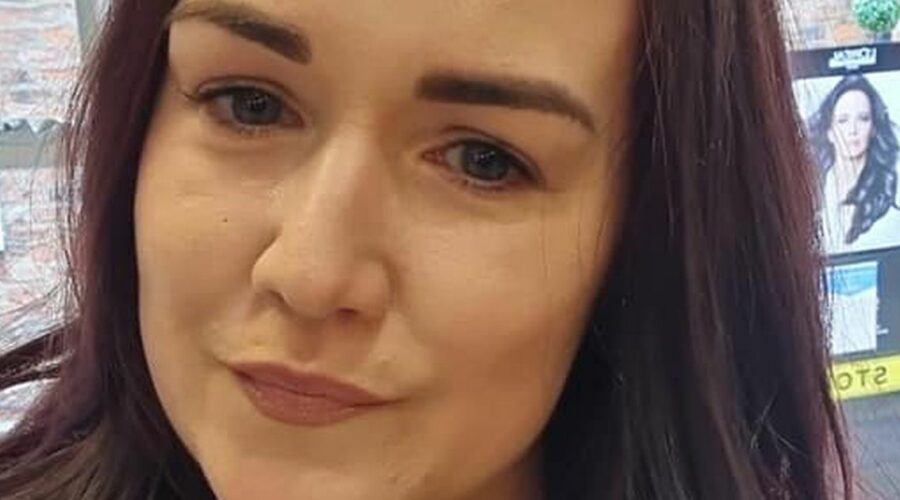 She was bouncing at an indoor centre with her son, sister and nephew when she felt a “twinge”.

But when the 34-year-old looked down, her right ankle was hanging by just the skin. She had shattered every bone and torn all the ligaments and tendons.

Surgeons advised amputation but somehow saved her foot. Victoria said: “They took X-rays and sent them to five orthopaedic surgeons. Three said there was no saving it.

“They tried multiple attempts to get it together – it took five-and-a-half hours. They had to suction out two bones as I’d shattered them and there was no fixing them. I had to learn to walk again.”

With school holidays in full swing, Victoria is warning others to be extra careful.

She had been bouncing from one trampoline to another when the accident happened.

Victoria said: “I felt a twinge. If you’ve ever fallen off a kerb, it felt like that. I turned over and my foot was literally attached by the skin on the left hand side of my leg.

“If I tried to move it would have ripped off – blood was all over the trampoline.

“It was surreal. I didn’t think it was real, and then my son started screaming. There were kids still jumping on the trampoline I was sat on.”

Victoria, who works as an administrator, said it was the fourth time she had visited the trampoline park when the accident happened in October 2019.

After surgery the mum of one, from Harrogate, North Yorkshire, spent an agonising seven weeks with a metal frame on her leg.

She took photographs to record her recovery, but medics warned there was still no guarantee that her ankle would not collapse once she put her weight on it.

Nearly two years on from her ordeal, Victoria says she is still suffering the effects of her injury.

She said: “It’s just so painful. I’m never allowed to wear heels, I’m not allowed to go out in the snow, and I can never run again.

“It will be two years in October and I’m still so limited in what I can do. I’ve got a walking stick I need to take everywhere.”

Victoria added: “I didn’t realise how many injuries happen at trampoline parks. When you do go to a trampoline park you sign a waiver to go in, so you get no compensation.

“If you go on to a no win, no fee page, all of them refuse to take on trampoline parks.”