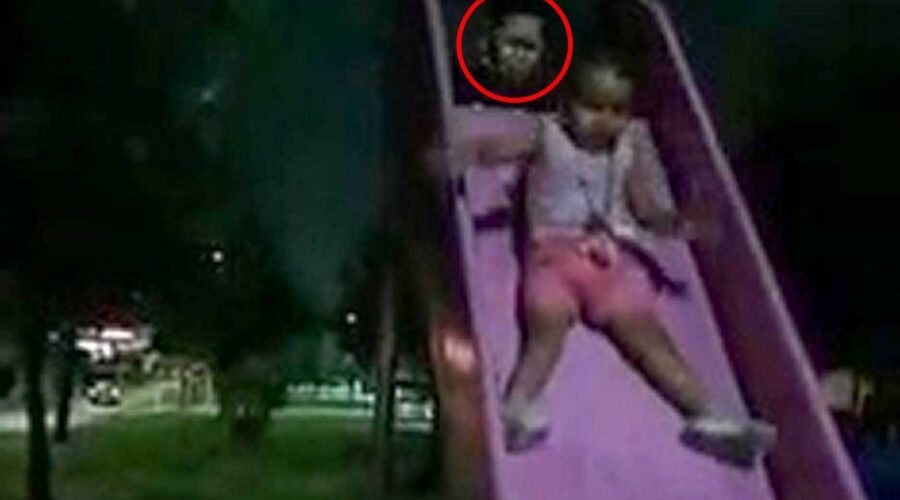 THIS is the moment a ghostly figure appears to push a little girl down a slide – with her horrified mother only noticing the eerie apparition after playing the video back.

In the creepy footage, the young girl is seen coming down the slide at a park in Mexico just as the disembodied spooky floating head shows up in the shadows behind her. 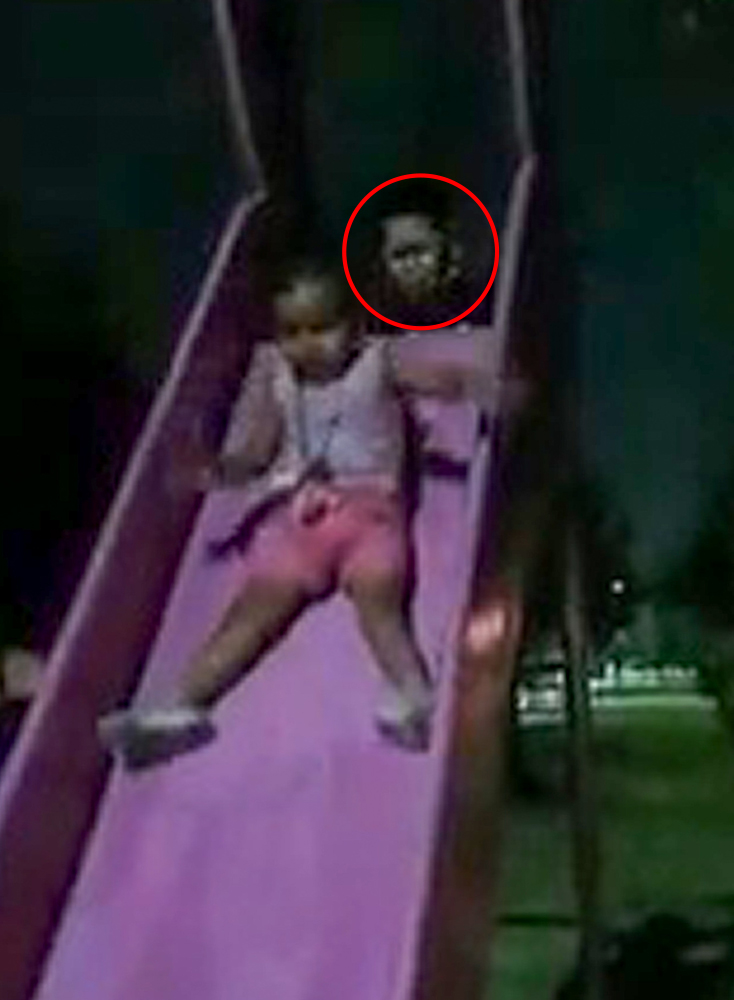 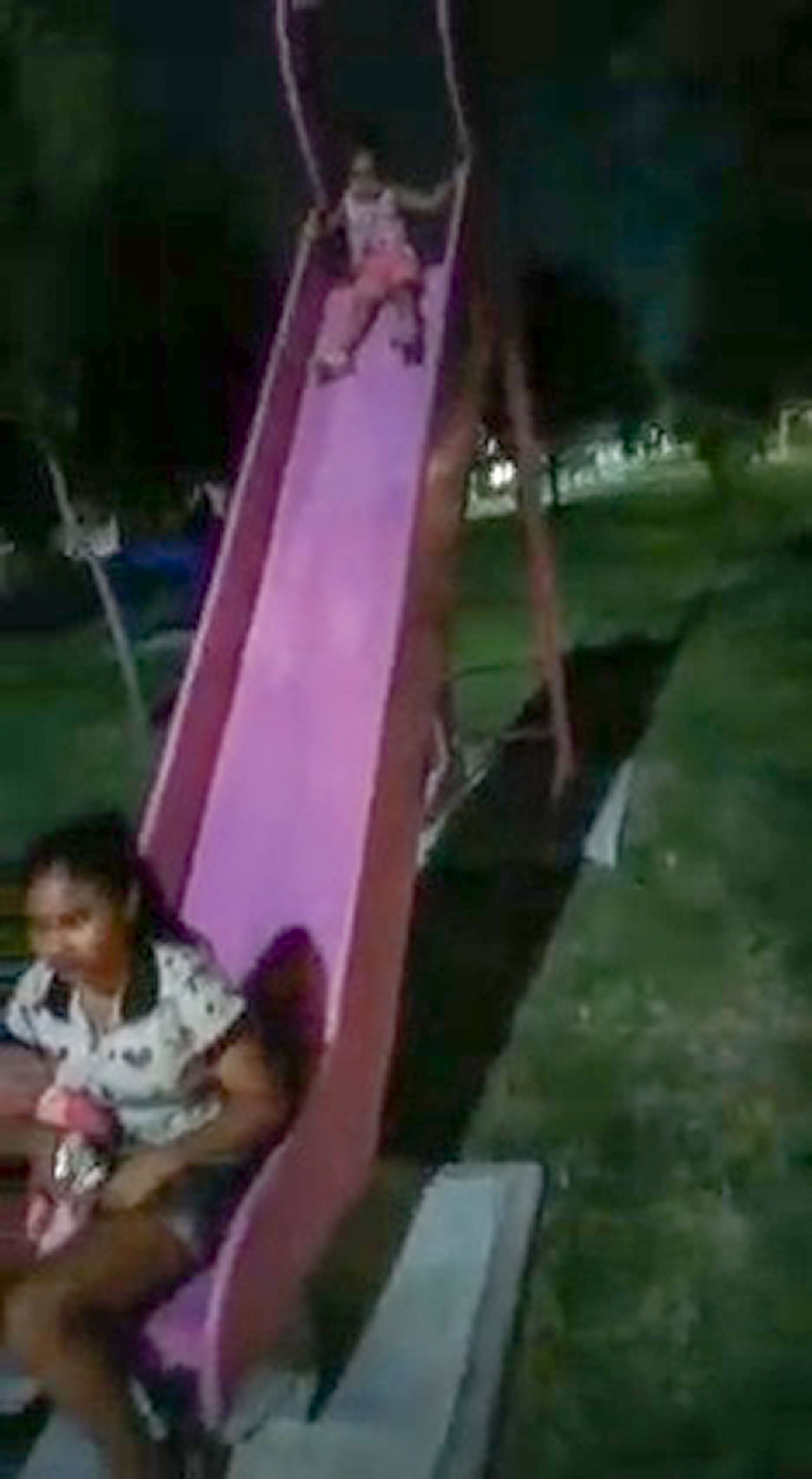 The youngster then joins her sister at the bottom of the slide, apparently unaware of the ghoulish vision behind her moments before.

Freaked out by the video, her mum shared the clip – filmed in a children’s park in the city of San Nicolas de los Garza – online, saying it "makes her skin crawl".

Posted under the Facebook name Hernandez Blankhaa, the girl's mum said: "I did not know whether to upload this or not, but I decided to share it. This happened to my daughter four days ago.

"I told several people that I was shocked and asked what them what’s there.

"My daughter and her father were scared. This happened in San Nicolas near Walmart.

"I don’t know why this happened or why it happened to my baby daughter… every time I watch this video it makes my skin crawl.

“I just wanted to share this paranormal story with you, and someone please can give me a hypothesis for this because I am in shock.”

While the video was filmed last month, it has now gone viral online and caught media attention.

While Yolanda Gil wrote: “It is so ugly, it could only come out to scare.”

But not everyone was convinced, with Yessi Zamorano chipping it to say: “You can tell it is someone in a mask.”

While Ana Arriaga joked: “It’s just an ugly kid hanging out with them.”