Several primary school children have been seriously injured after wind lifted a jumping castle into the air in the Tasmanian city of Devonport on Thursday morning.

In a brief statement, police confirmed there had been “some serious injuries”. 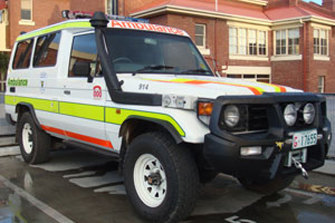 Children have been injured in Devonport after a jumping castle lifted into the air.Credit:Ambulance Tasmania

“Police and emergency services are responding to a serious incident at Hillcrest Primary School in Devonport, after a wind event caused a jumping castle to lift into the air.

“Several children fell from a height of about ten metres around 10am and are currently receiving medical treatment at the scene. Some serious injuries have occurred.

“The Westpac Rescue Helicopter is on its way to the scene.”