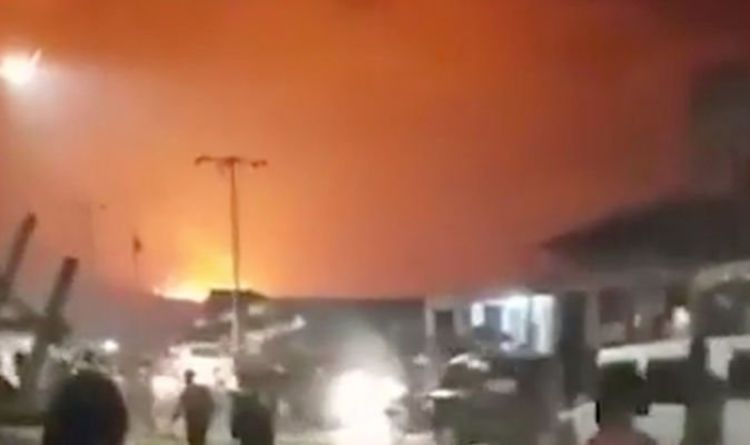 Over a thousand people are believed to have already crossed from Goma into Rwanda to escape a potentially deadly eruption of Mount Nyiragongo. The Congolese volcano left hundreds dead when it last erupted in 2002, with the prospect of more damaging volcanic activity prompting locals to flee. Footage from the town captured the night sky turning bright red as Nyiragongo spewed ashes and lava onto the surrounding area.

The Head of the provincial sub-division of EPST Nyiragongo, Shukuru Kisuka Baby, confirmed on Sunday five school buildings had already been destroyed since the eruption.

General Constant Ndima said the city of Goma had so far been “spared” by the lava as the river of incandescent magma stopped on the outskirts.

Five people are believed to have been killed in unconfirmed accidents during the evacuation process. 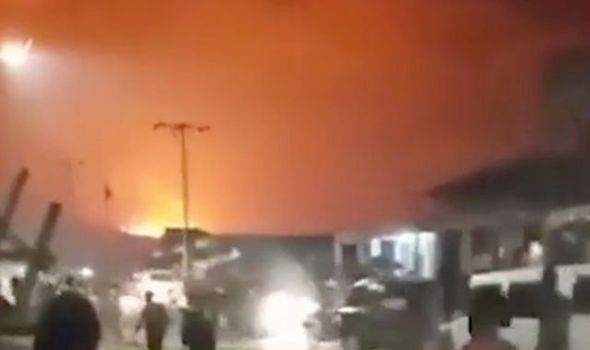 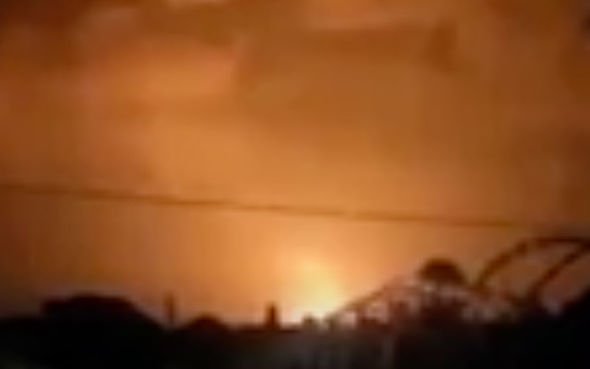 RDC President Félix Antoine Tshisekedi Tshilombo announced on Sunday he would make his way back to the country from Europe “in order to supervise the coordination of aid to the populations of the zones threatened by this volcanic eruption.”

Electricity was cut off in much of the region, with the lava also threatening the local airport before pausing just outside Goma.

Bahati Bazirake, the interim administrator of Nyiragongo territory, told 7Sur7.CD said the final death poll cannot be confirmed as some areas remain inaccessible at the moment.

Mr Bazirake said: “I think it is too premature to give the results because there are still fumes that prevent us from searching.

“But it should be remembered that there was a lot of loss of human life and material damage.”

Locals have denounced the lack of warning from the Government about the impending eruption, which resulted in the chaotic evacuation of Goma and surrounding villages.

Speaking to Reuters, volcanologist Honoré Ciraba said: “If we don’t do regular measurements and announce the eruption a few days beforehand, the population won’t have time to evacuate and people will die.” 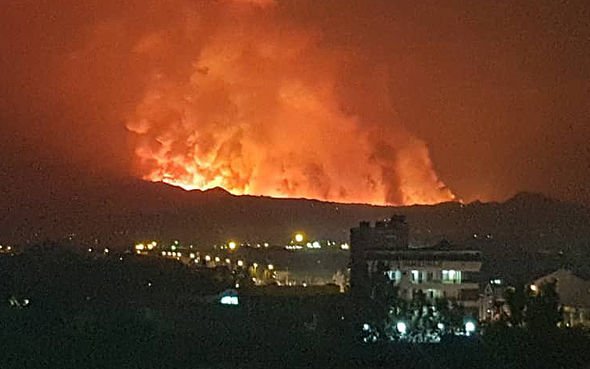 The eruption of Mount Nyiragongo marks the third time the volcano sent lava hurtling down towards the town of Goma in 45 years.

The first eruption in 1977 killed 600 people before the magma reached the inhabited area.

Another hundred people died in the 2002 eruption, which also split the town in two.