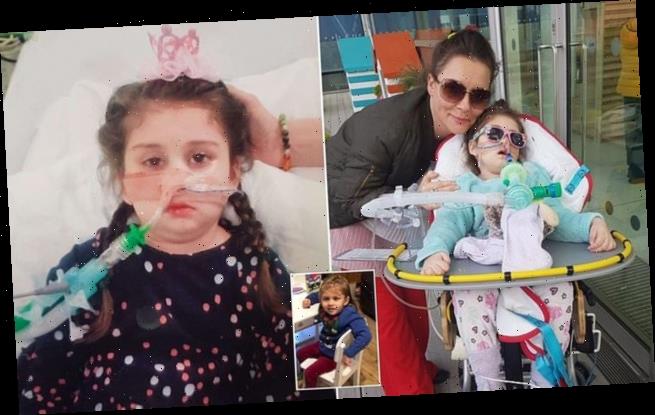 Mother enjoys unexpected walks in spring sunshine with her daughter, five, as judges decide whether brain-damaged girl should be allowed to die

A woman waiting for appeal court judges to decide whether her five-year-old brain-damaged daughter should be allowed to die has told how she has enjoyed unexpected walks in the spring sunshine with her little girl.

Paula Parfitt said her daughter Pippa Knight, who is in a vegetative state at the Evelina children’s hospital in London, has been able to go outside the hospital attached to a portable ventilator.

Ms Parfitt, who is in her early 40s and from Strood, Kent, said she would not have thought such walks would be possible a few weeks ago and says it ‘shows people what is possible’. 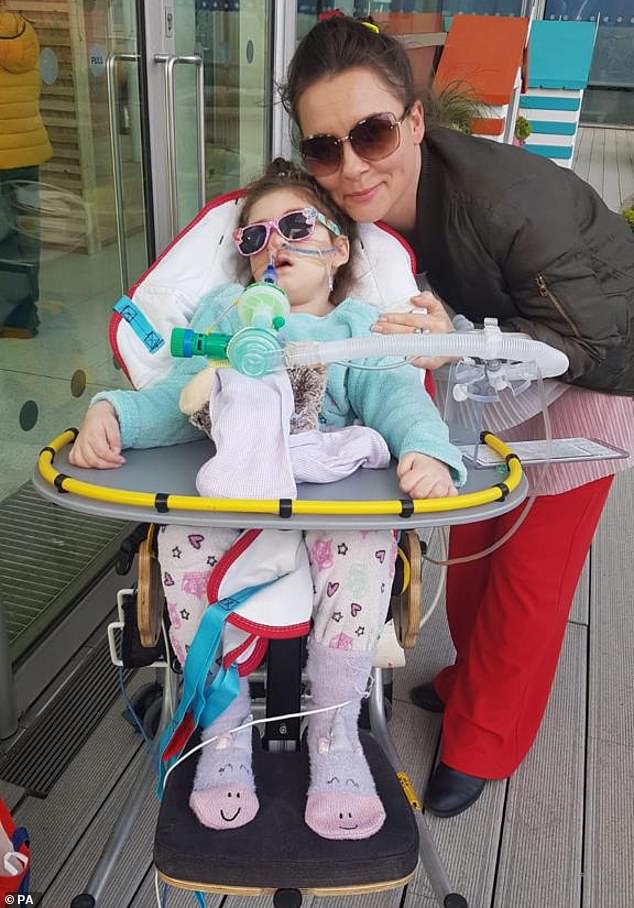 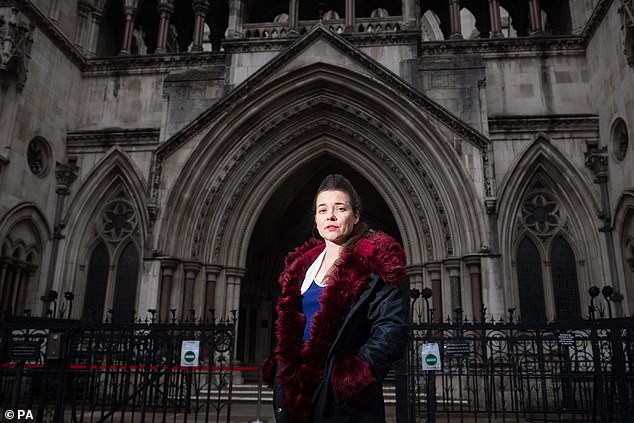 Doctors treating Pippa say ending life-support treatment would be in her best interests.

She thinks Pippa should leave hospital and go home, and wants specialists to stage a home-care trial, using a portable ventilator.

Mr Justice Poole decided, in early January, that treatment could lawfully end and said Pippa should be allowed to die.

Ms Parfitt mounted a challenge in the Court of Appeal and appeal judges considered the case in February but have yet to announce their decision.

Pippa was born in 2015 and developed normally, but in December 2016 she became unwell and began to suffer seizures and a court has heard she is now unaware of her surroundings

Mr Justice Poole said specialists should keep treating Pippa for a short period to give Ms Parfitt time to organise an appeal.

‘A few weeks ago I didn’t think these walks would be taking place at all,’ said Ms Parfitt, who is being backed by campaign group the Society for the Protection of Unborn Children.

‘We’ve been out three times in the last week with a portable ventilator.

‘This shows people what is possible.’

She suggested that a similar arrangement might make it possible for Pippa to live at home and added: ‘A more modern ventilator which I would have at home would be even better and offer Pippa even more movement and help her even more.’

A barrister representing Ms Parfitt had told appeal judges that independent experts based at other children’s hospitals thought a home-care trial was in Pippa’s best interests. 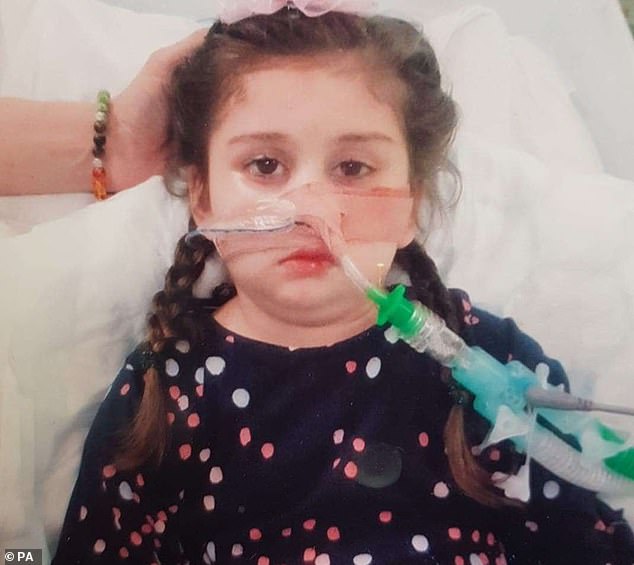 Vikram Sachdeva QC said other hospitals might have agreed to a home-care trial.

Mr Sachdeva said Pippa was not suffering pain and there was ‘genuine scope for debate’ about what was in her best interests.

He added that Pippa would not live for a long time, possibly months, and Ms Parfitt wanted her to die at home.

Mr Justice Poole heard evidence at a trial in the Family Division of the High Court in London in December, and delivered a ruling in January.

The judge, who heard that Pippa’s father was dead, described the case as ‘heart-rending’.

Pippa was born in April 2015 and initially developed normally, but in December 2016 she became unwell and began to suffer seizures, the judge heard. 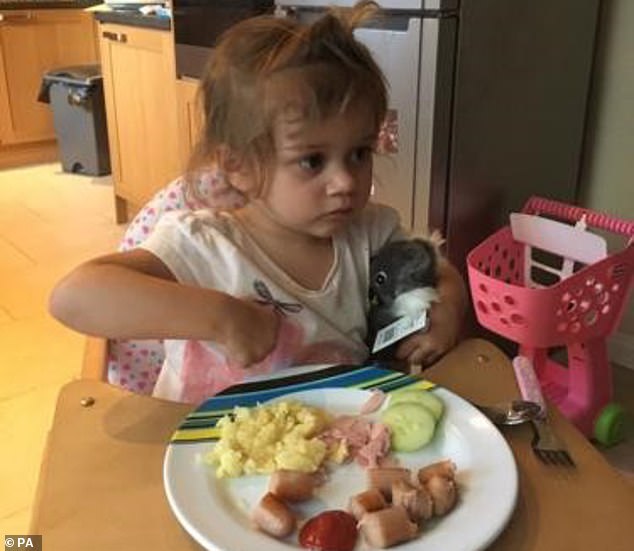 The judge said the youngster had no awareness of her environment.

He said he could not ‘give weight’ to Ms Parfitt’s view that home care would improve Pippa’s condition.

The judge said that view was ‘at odds’ with the unanimous opinion of the clinicians and medical experts.

Ms Parfitt, 41, had said she was ‘devastated’ by Mr Justice Poole’s ruling.

She had said, after his ruling: ‘I don’t understand why the hospital and the court wouldn’t let me find out whether Pippa could come home to be cared for with all her family around her, when two independent doctors from reputable hospitals in England both said that they thought this was worth trying.’