THIS footage shows the moment 'Mr Stop Brexit' had his pro-EU hat pinched by yobs outside Westminster who chased him down the street and tripped him over. 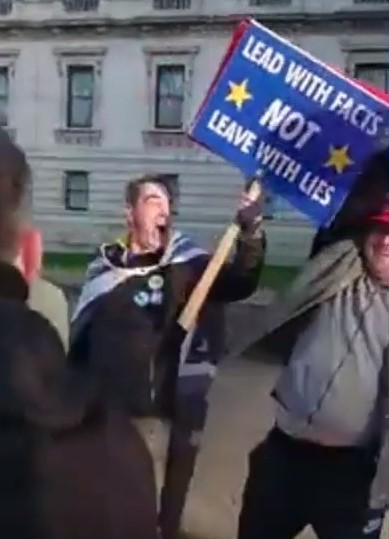 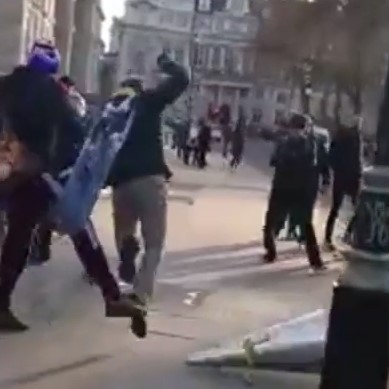 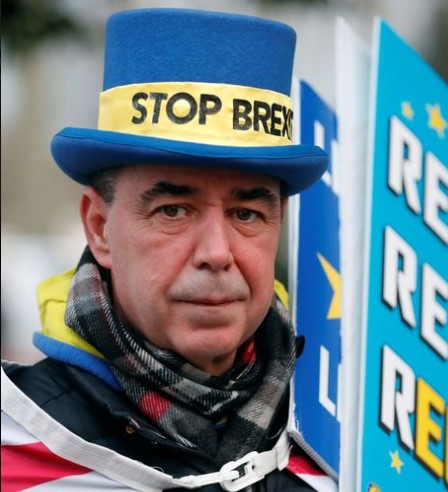 Mr Bray, who is often seen draped in the EU flag and sporting a blue top hat, even moved into a £6m house opposite Jacob Rees-Mogg.

On Saturday Mr Bray, who was carrying a 'lead with facts not leave with lies' sign, was targeted by a "pack of young Brexiteers".

In footage posted on Twitter, one walked behind Mr Bray shouting: "We're leaving the EU, Steve, why are you still on the streets?"

They were later heard saying: "Get out of London, Steve, Brexit's done."

At that point, one of the group pinched Mr Bray's pro-EU hat and sprinted down the street.

As 'Mr Stop Brexit' chased after him, another person stuck out their leg, sending him flying to the floor – while someone stamped on his 'megaphone' cone.

Mr Bray claimed he was later hit by a "glancing" punch in the face.

He had no serious injuries but said his trousers were ripped and his knee was cut.

Mr Bray had been outside Parliament at a protest demanding the long-delayed Russian meddling report is published when the attack happened at 2.30pm on Saturday.

Writing on Twitter, he said: "Thank you for all the messages of concern after my close encounter with some unpleasant thugs masquerading as Brexit zealots. I’m fine and the matter is with the police. #NotGoingAway"

He said he had been pursued by "seven or eight" pro-Brexit protesters who were "chanting and being abusive" so he turned towards the back gate of Downing Street, where he knew police would be on guard.

After the scuffle, he claimed one of the group "punched me in the face and I just said 'give the hat back' and he gave it back'".

Barbara Want, a friend of Mr Bray, said he was punched in the face but "very lightly".

She added: "The thugs were stupid enough to film their violence. Repugnant, and not a good herald of things to come."

Police said they were investigating.

A Metropolitan Police spokesman said: "Police were called at around 14:50hrs on Saturday, 18 January to reports of an assault on Horse Guards Road, Westminster.

"A man and a woman, both in their 50s, reported they had been verbally abused by a number of men as they walked down the road. One of the suspects then assaulted the male.

"The suspects had left the area prior to police arrival; no arrests have been made." 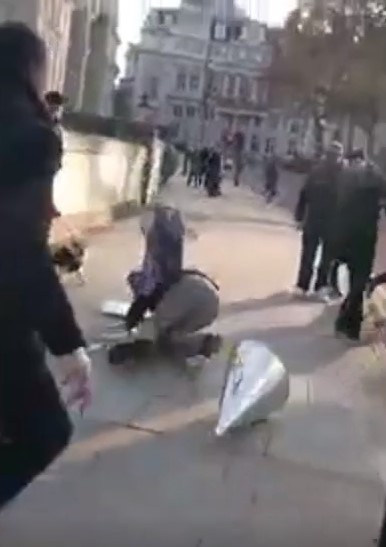