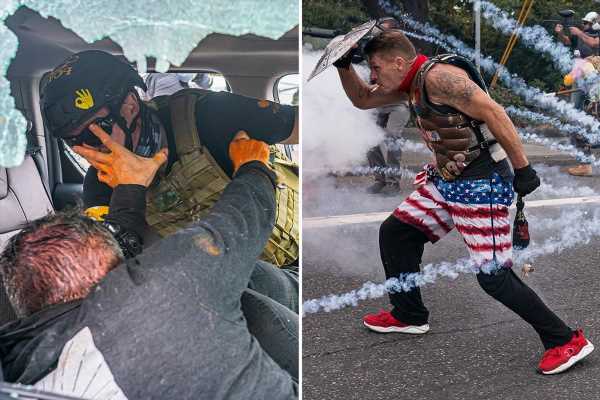 PROUD Boys' supporters brawled with left-wing antifascists in trucks and pepper-sprayed their rivals as they clashed on the streets of Portland.

Far-right fanatics were among those who attended the conservative "Summer of Love" rally before violence erupted just after 6pm on Sunday. 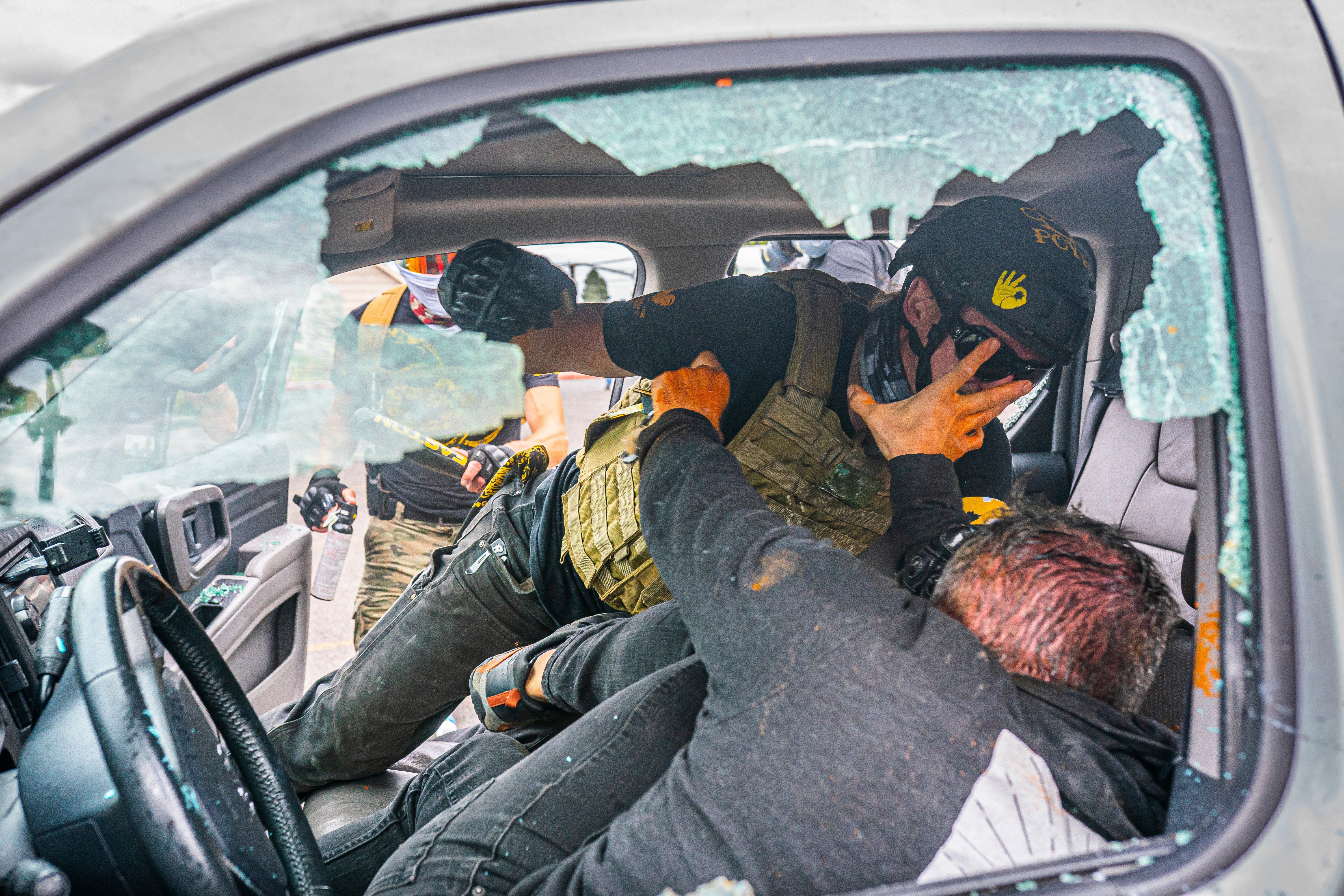 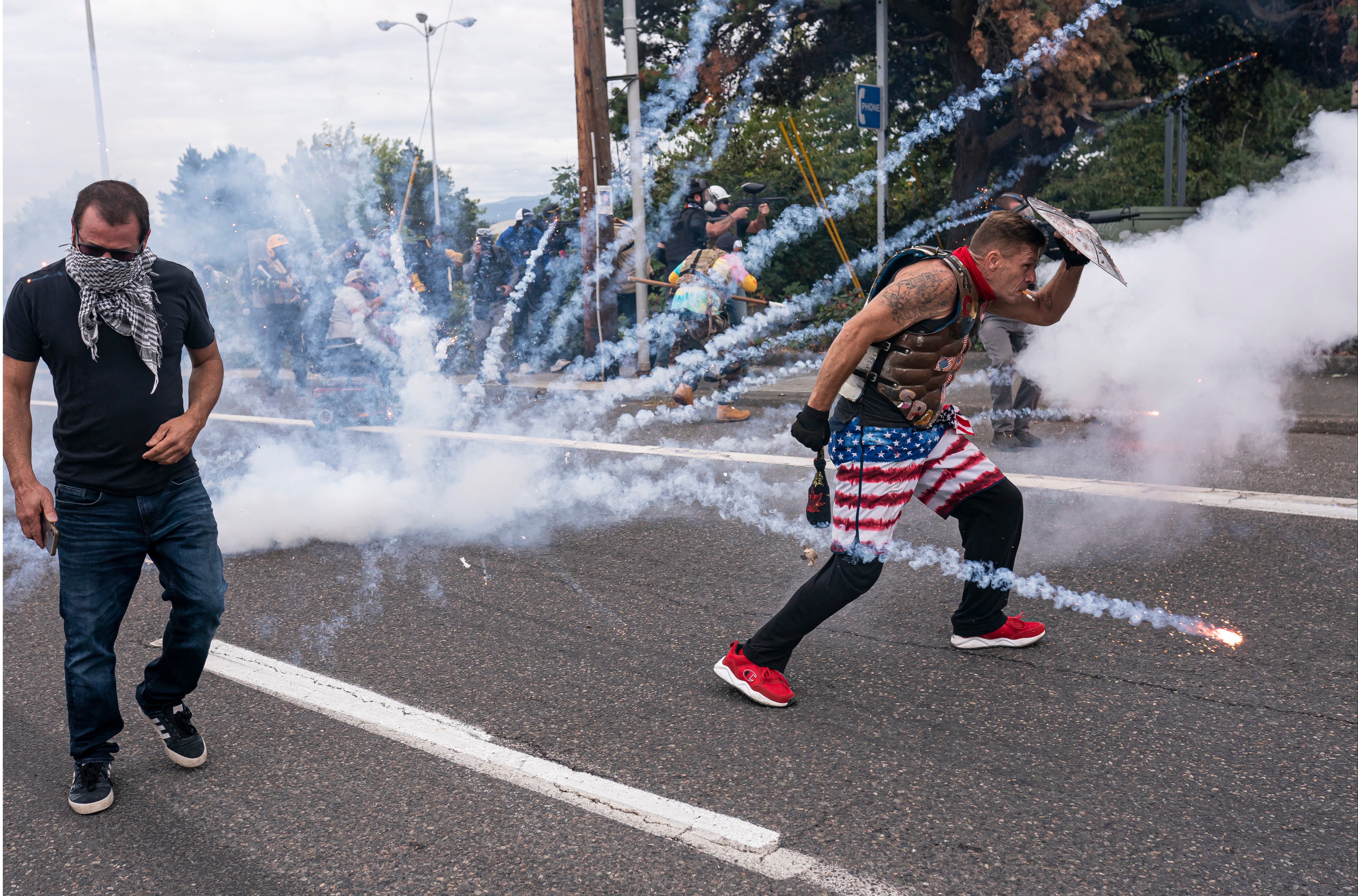 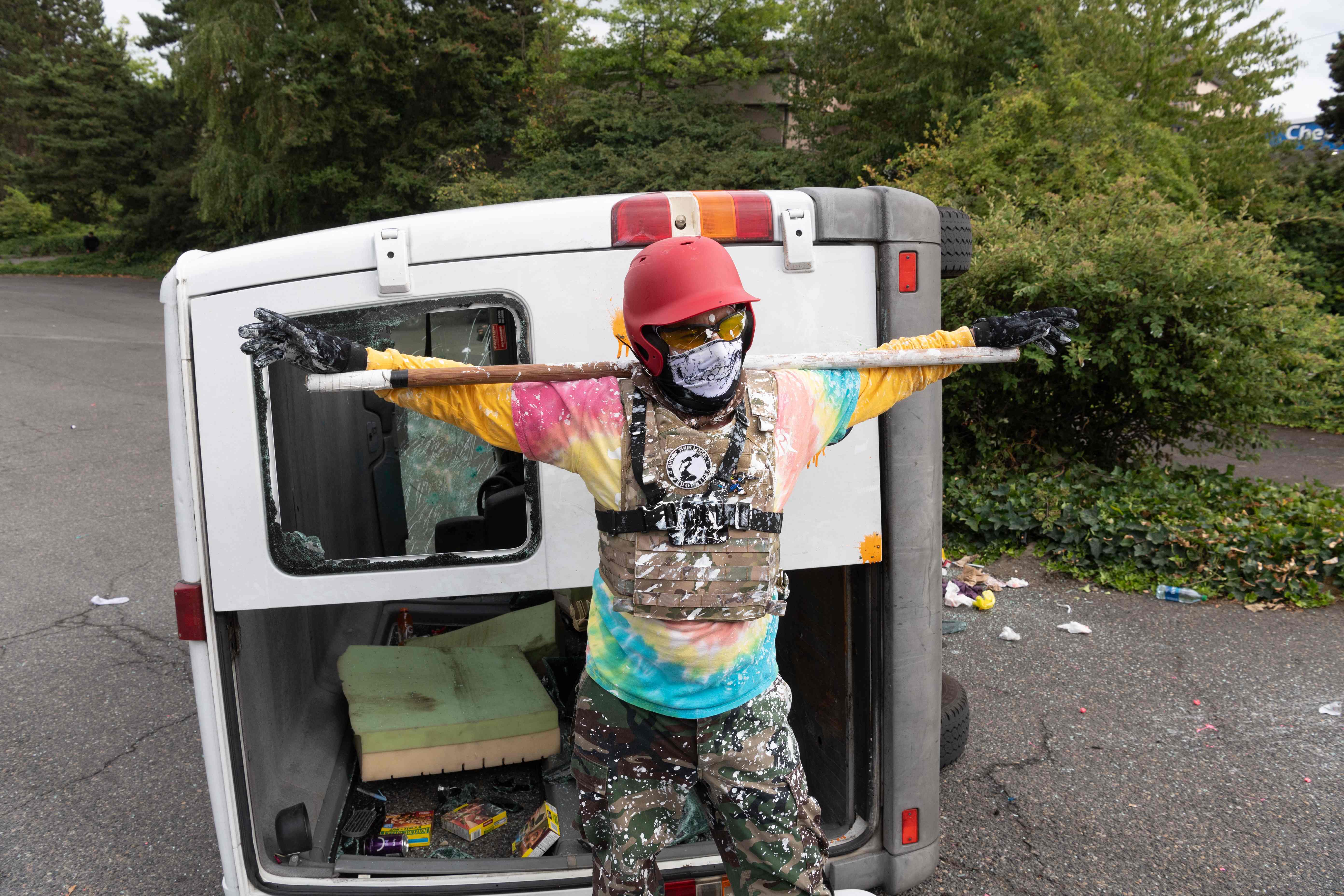 The event, which was held at an abandoned K-mart car park, saw around 100 people attend.

Meanwhile, 200 left-wing protesters attended anti-fascist demonstrations in the city earlier in the day.

The event turned violent after around 30 Antifa protesters walked past the supermarket, sparking a chase, according to MailOnline.

Demonstrators were forced to take cover as fireworks were hurled at the crowd.

And one supporter of the far-right organization fired a paintball gun with the slogan "F**k Antifa" emblazoned on the side of it.

While some demonstrators tried to push over a damaged van that had been driven by a counter-protester.

Local journalists who covered the event were reportedly sprayed with paint and chemicals, the Oregon Public Broadcasting network reports.

And footage uploaded on social media appears to show a freelance photographer receiving treatment from medics after being injured in the clashes.

Cops said a “small number of people” had committed acts of violence as they urged protesters to leave the area peacefully.

Left-wing activist Dustin Brandon Ferreira, 37, told The Oregonian that he was with protesters when one person allegedly hurled a slur at a black man and started firing several rounds in their direction.

A man was arrested in downtown Portland but it’s not known if this was linked to the clashes, Fox12 reports.

Witnesses were left terrified by the violent scenes in the city.

One unnamed witness told the OPB: 'I saw this dude beating a woman. There was like two ladies that got hit. It was a nightmare, it was f***ing terrifying.”

It was a nightmare. It was f***ing terrifying."

He said: “Anyone who comes into our community and is spreading their hate, their racism, their xenophobia, their white supremacist predilections, all of that is very intimidating to people who are here, particularly people of color.”

Cops said on Friday that officers would not necessarily be standing between the groups despite expecting clashes.

The event came on the one-year anniversary of a violent clash between the two groups when they brawled next to police headquarters.

The deaths of George Floyd and Breonna Taylor sparked several protests in Portland over the past year.

Black Lives Matter supporters clashed with cops in the city on the one-year anniversary of George Floyd.

Around 200 protesters chanted “Burn It Down” as fires were lit outside the Multnomah County Justice Center in the city.

Some demonstrators launched eggs and frozen water bottles at police who were dressed in riot gear.

More than 650 people were arrested in 100 days of protests held between June and September last year. 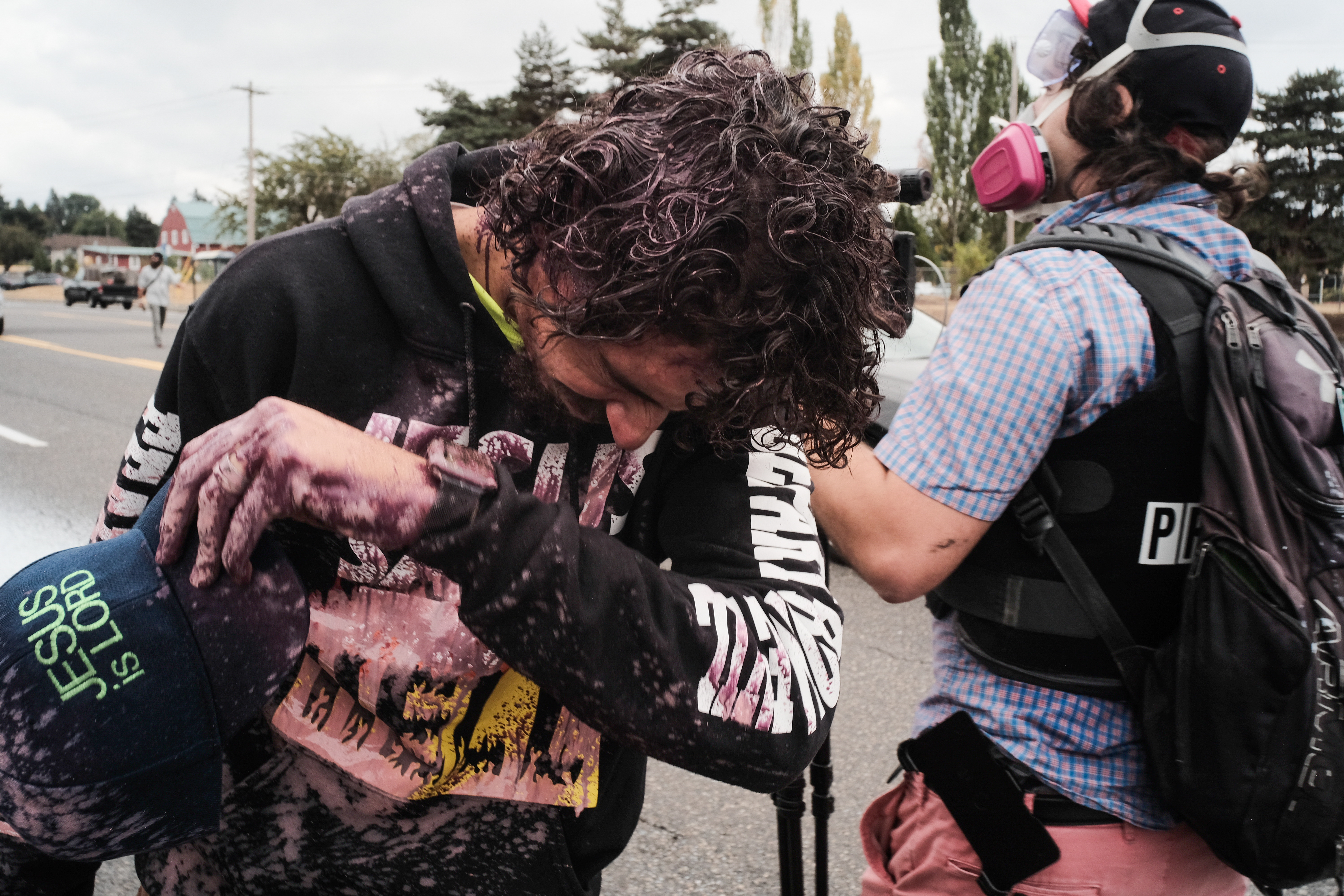 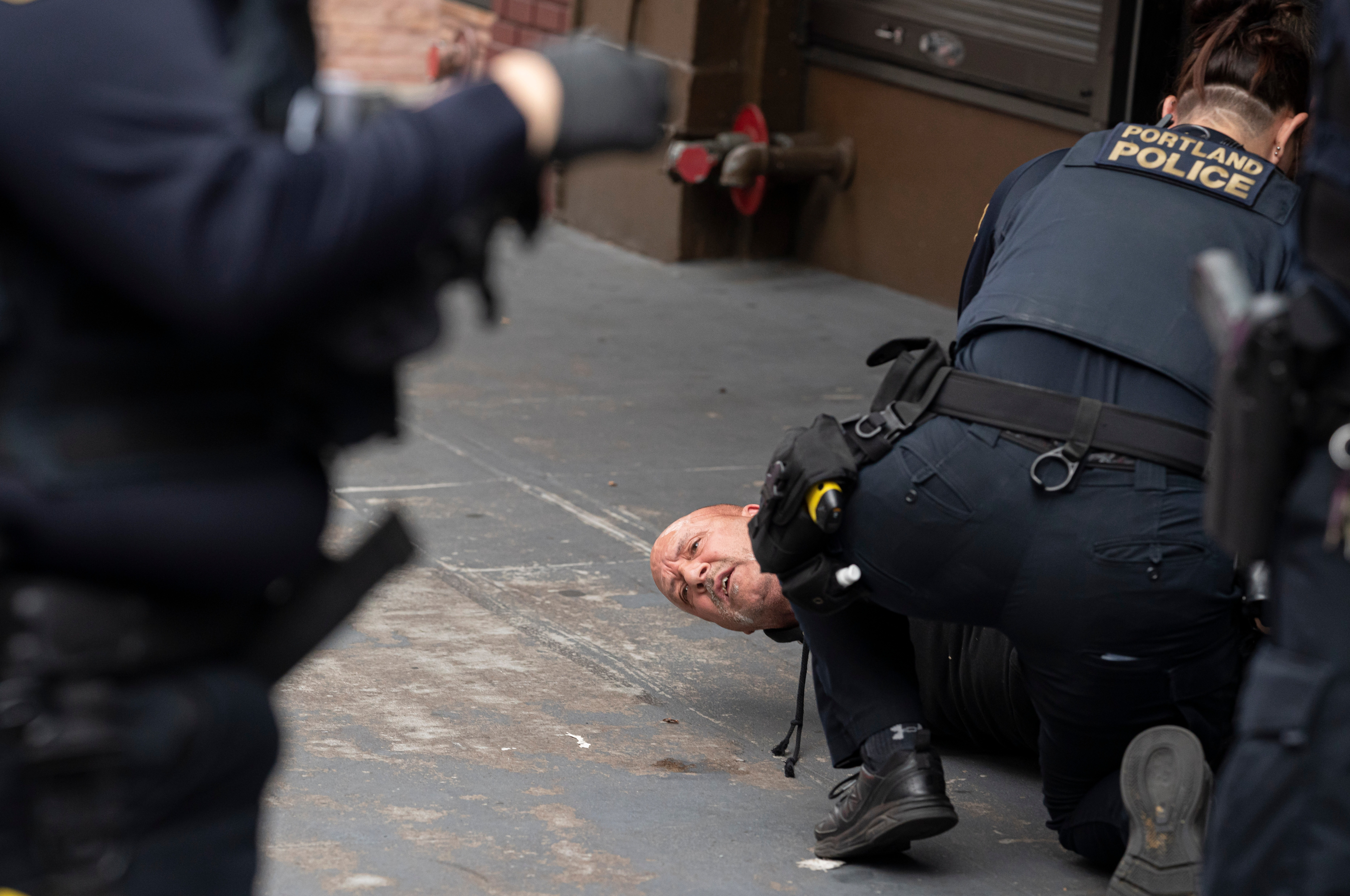 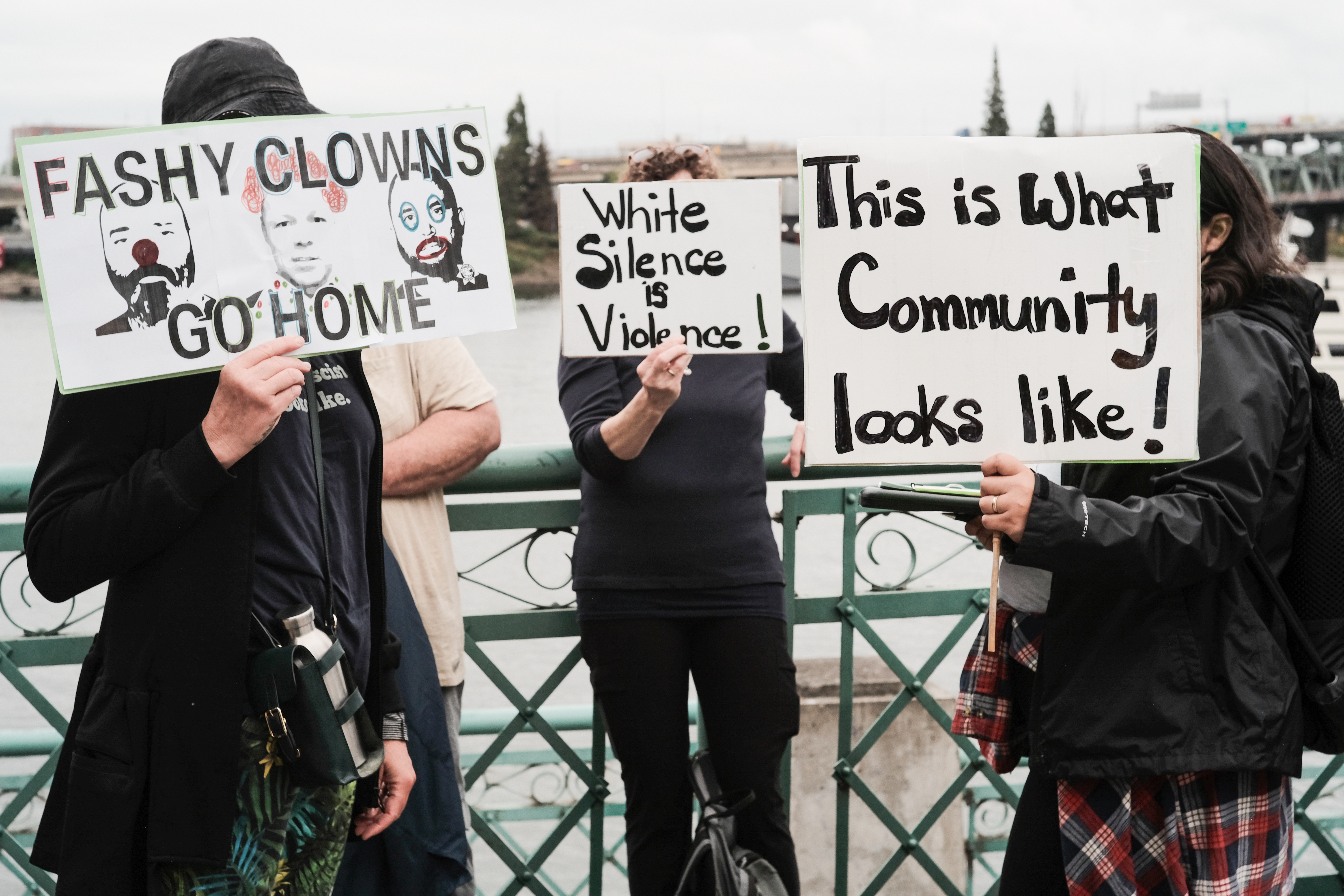 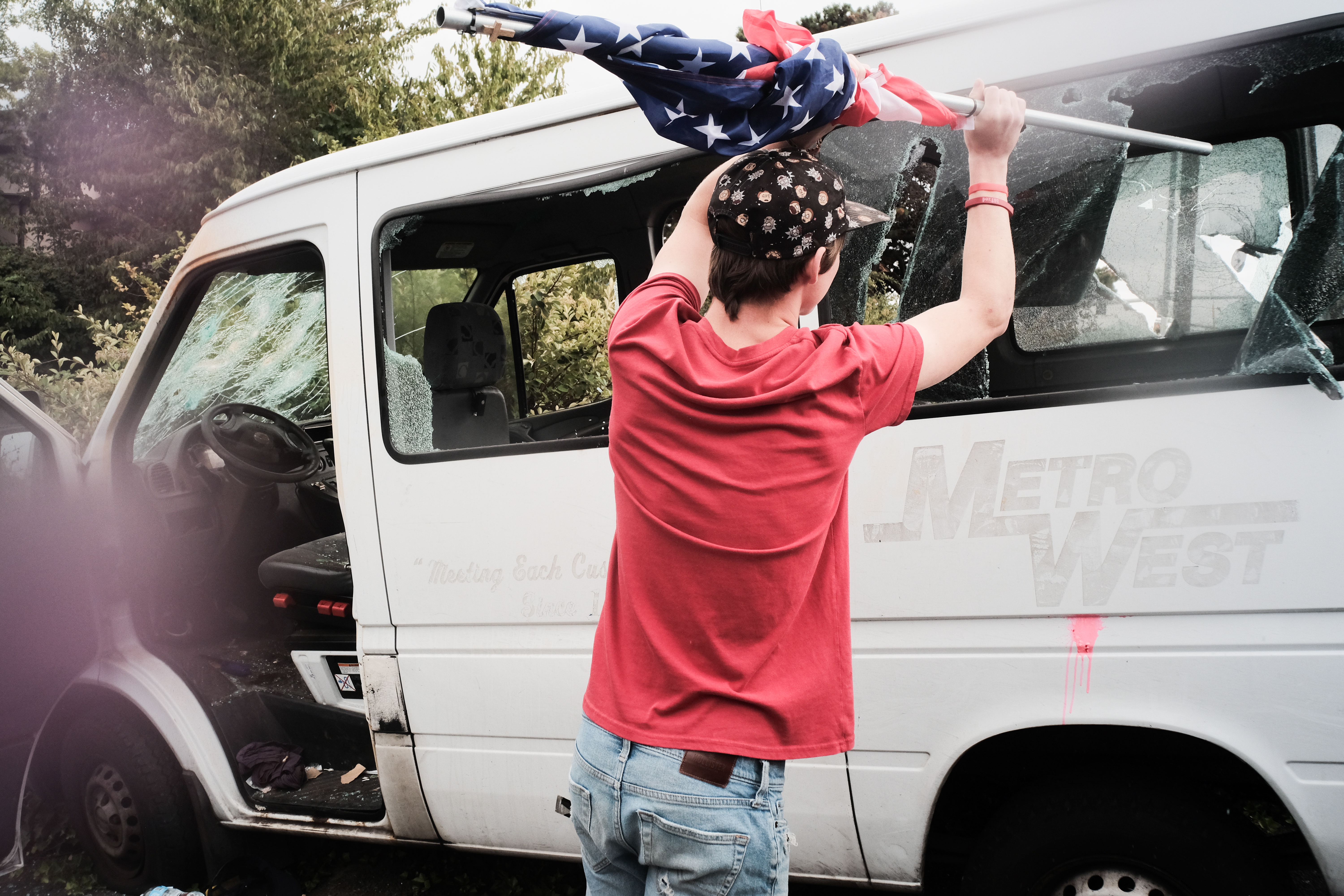 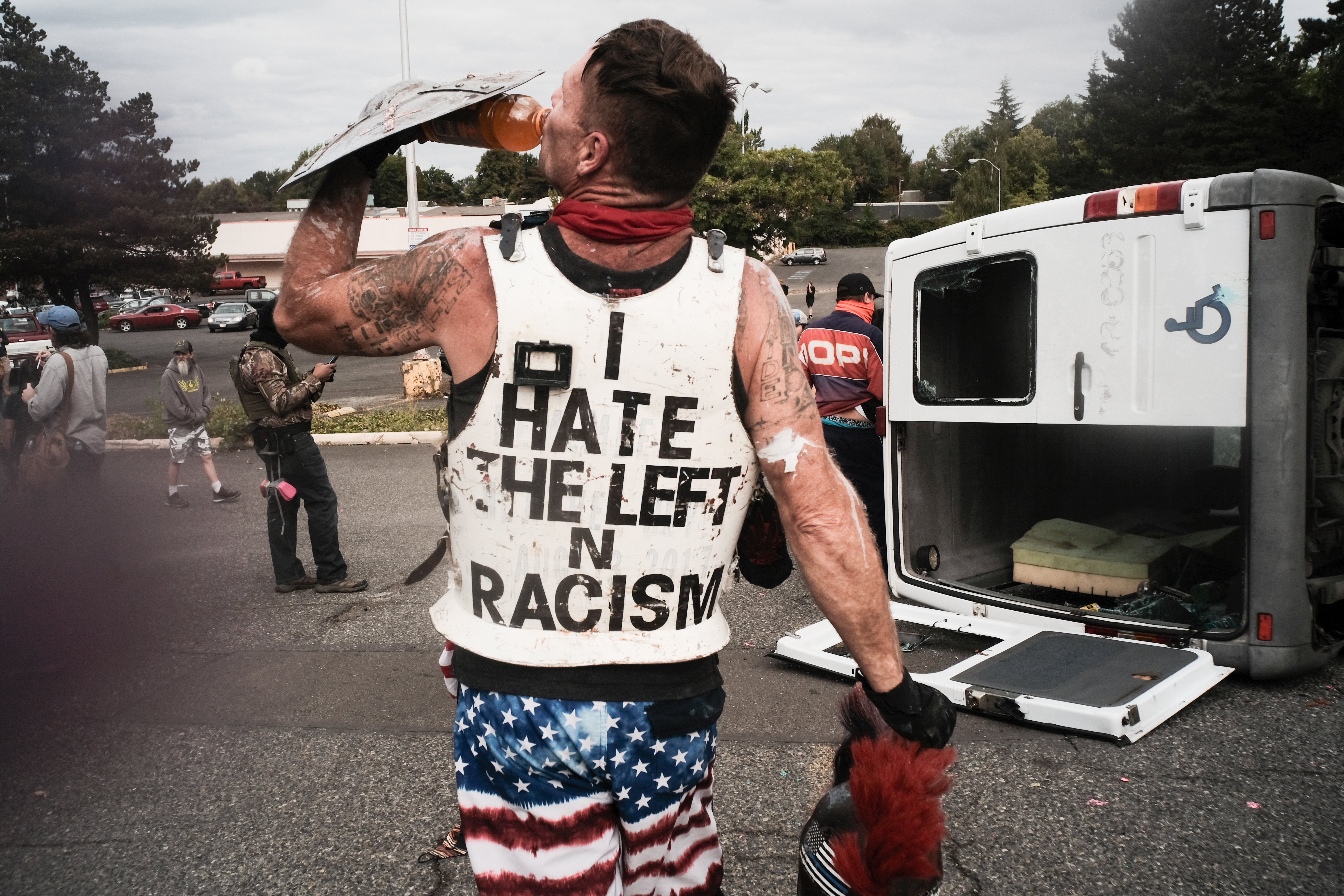