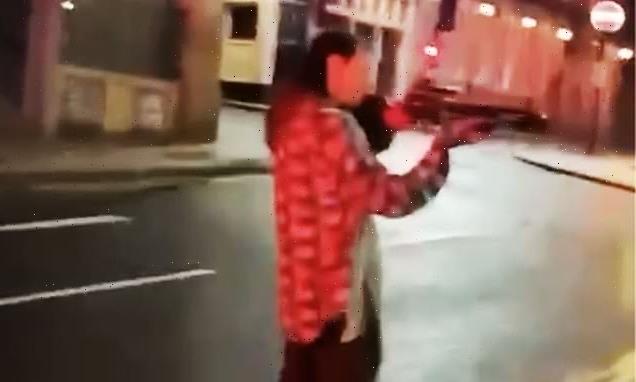 Shocking video footage has emerged of the moment a man armed with a deadly crossbow points it at members of the public.

Officers were called to the scene in Barnsley, South Yorkshire, in the early hours of Sunday morning following reports of a man with a crossbow on Peel Street in the town centre.

A 31-year-old man from Barnsley was arrested on suspicion of Section 3 Public Order Act Affray and has been remanded in police custody.

The loaded weapon was raised and pointed a number of times, and video footage shows that it was pointed at police officers who attended the scene.

Armed response officers attended the scene, and no one was injured.

Superintendent Paul McCurry said: ‘Prior to their arrival, unarmed officers on routine public order duty approached the man using their shields to protect members of the public.

‘Their actions resulted in the man dropping the weapon, which was safely recovered. 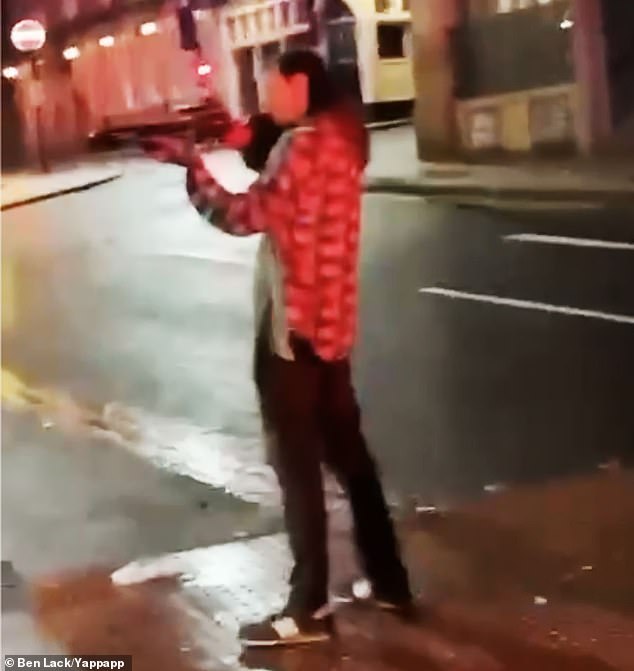 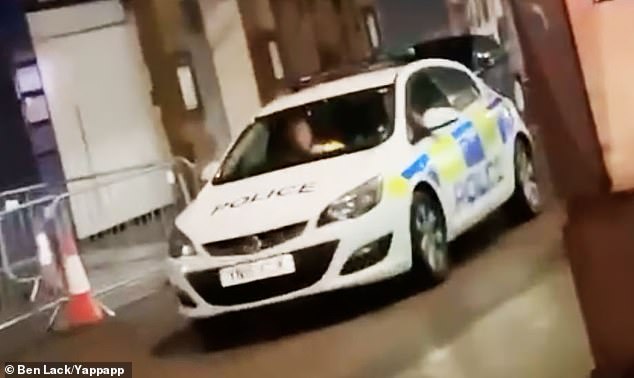 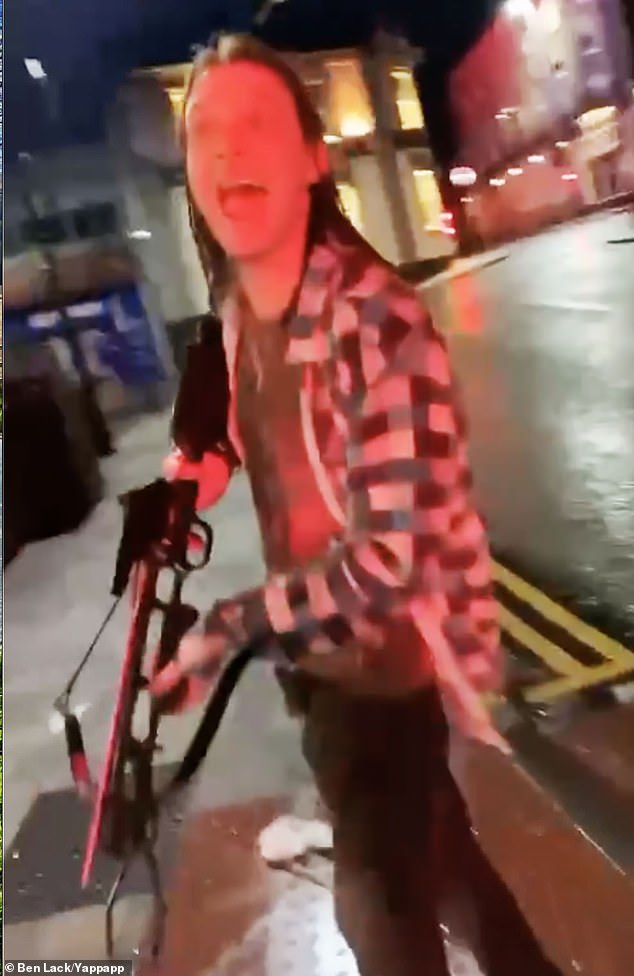 ‘The man then ran from officers, climbing onto the bridge on West Way. Due to the skills of officers at the scene, he was swiftly detained and brought to safety.’

‘This was a serious incident which was distressing for those who saw it unfold.

‘Our officers showed their absolute commitment to public safety. They responded very quickly with limited protection to safely resolve the incident.

‘Clearly our investigation into this incident is continuing and it is vital that anyone who saw what happened gets in touch with us. If you have any information, photos or video footage that might help us, please contact 101 quoting incident number 75 of 9 May.’