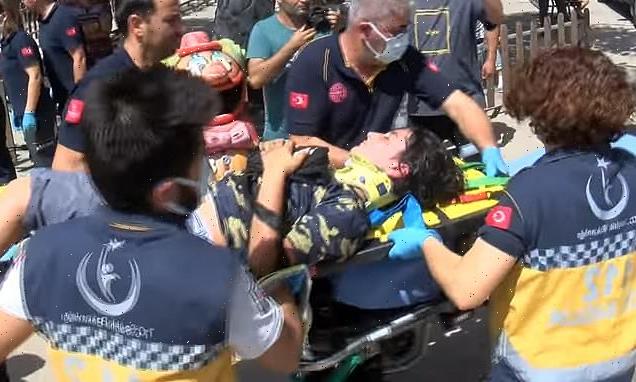 This is the appalling moment a swinging fairground ride snapped and went flying in a Turkey theme park, locking hurt children in their seats.

The innocent riders were spotted smiling and holding onto metal bars as the ride at Ataturk Park in Antalya, south-west Turkey got going on a sunny day this weekend.

But horror footage shows that just moments after it set off, the attraction broke in half. 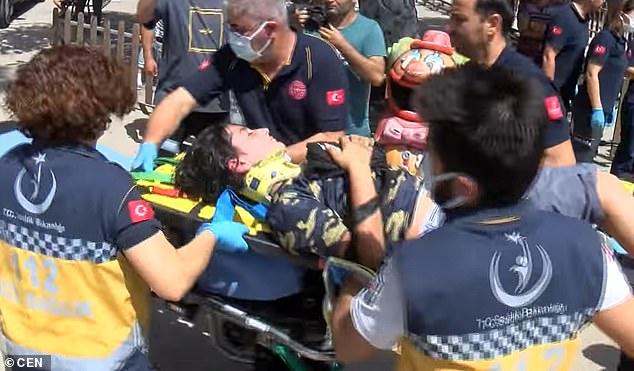 Children were heard screaming in panic and terrified parents and other grown-ups rushed over to attend to the kids.

Firefighters were needed to break the injured riders out of their restraints.

No children were killed in the accident, but three were swiftly hospitalised with injuries. 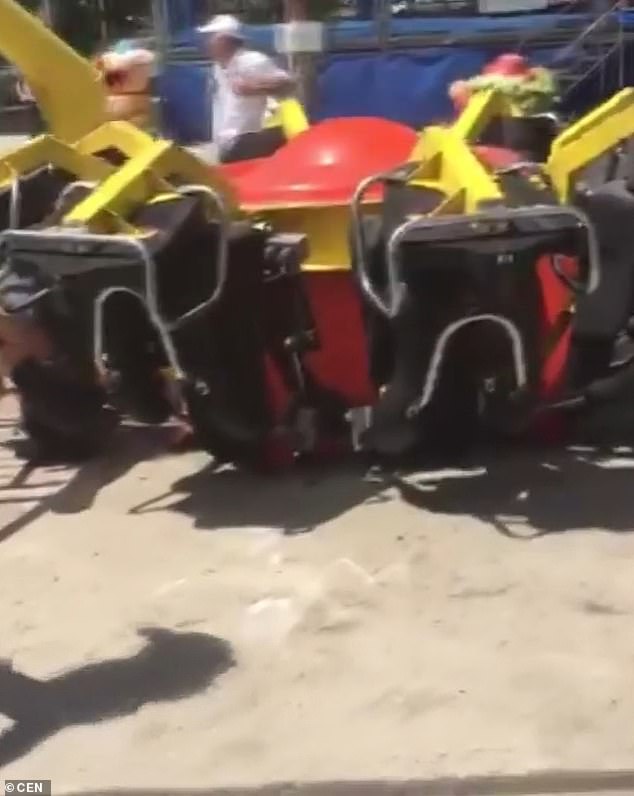 The ride unfortunately fell upside down, injuring the kids and trapping them beneath the metal

Bugra told local media: ‘While we were swinging, a cable or something broke.

‘The ride flew through the air and landed upside down.

‘I hit my head and I also have bruising on my foot.’

The investigation into the incident is ongoing. 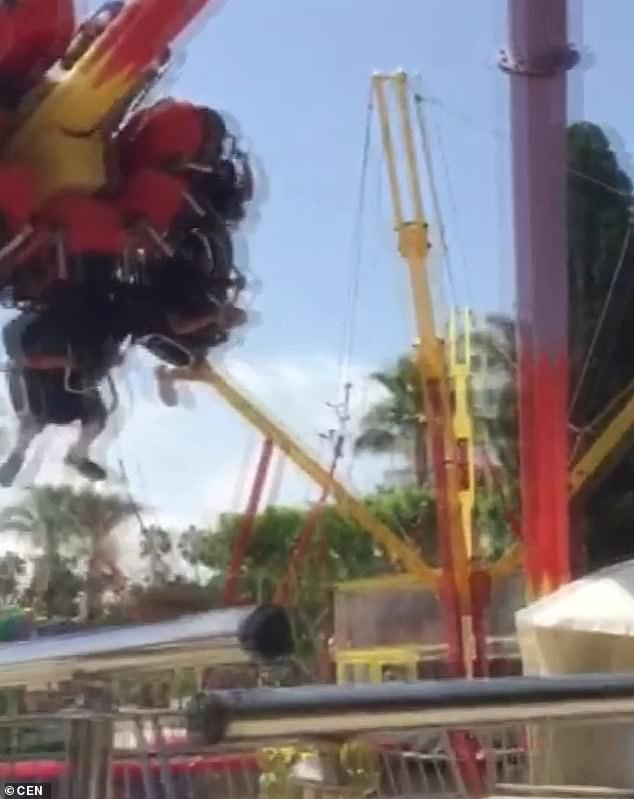 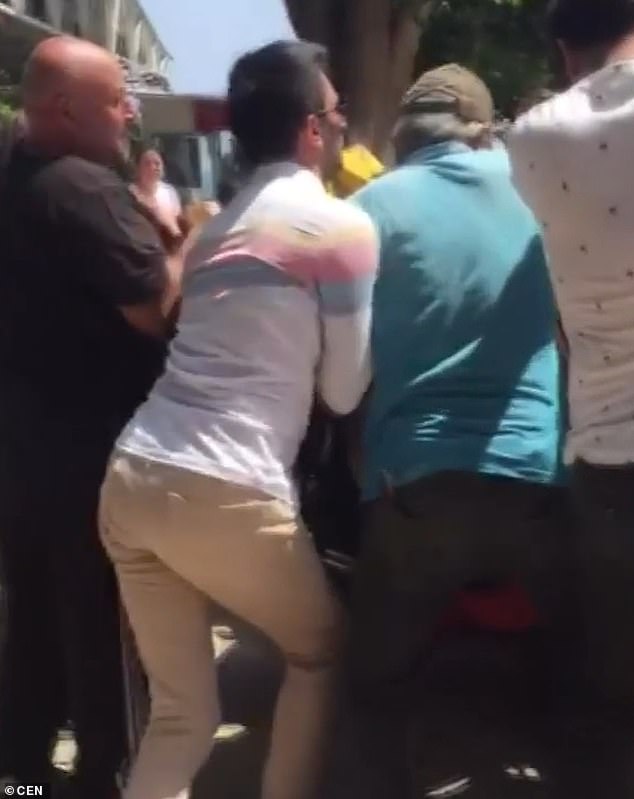