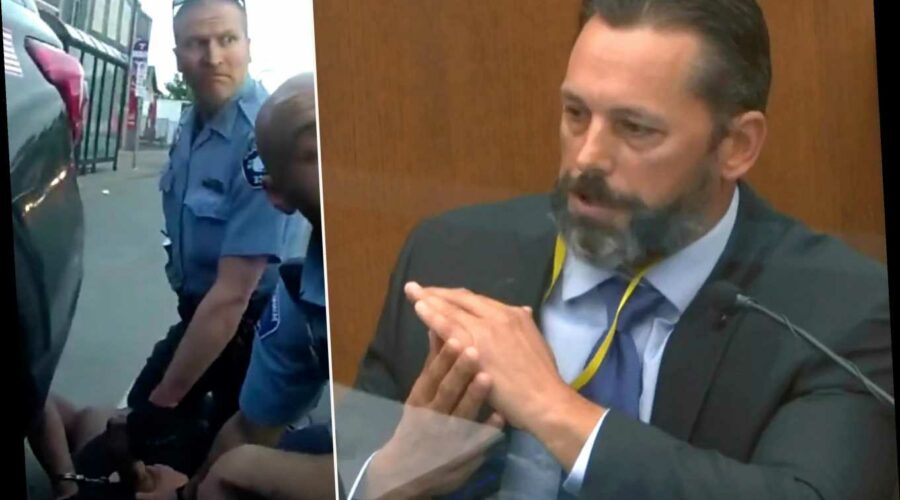 The top use-of-force trainer for the Minneapolis Police Department said Tuesday that Derek Chauvin’s knee restraint on George Floyd is not authorized — and never has been.

Lt. Johnny Mercil testified at Chauvin’s murder trial in Floyd’s death that, while the department allows neck restraints in certain situations, the ex-cop’s decision to keep his neck on the victim’s neck for more than 9 minutes is not allowed.

“Has it ever been?” Schleicher said.

“Not to my — neck restraint? No sir,” Mercil answered.

.Asked under what circumstances a neck restraint could be used by a cop based on the training, Mercil said it would depend on the amount of resistance from a suspect.

“So, if there was, say, for example, the subject was under control and handcuffed, would this be authorized?” Schleicher asked him.

“I would say no,” the cop replied.

Viral video of the incident shows Chauvin, 45, pressing his knee to the back of Floyd’s neck for more than nine minutes — despite pleas from bystanders to let him get up.

“Clearly, when Mr. Floyd was no longer responsive, and even motionless, to continue to apply that level of force to a person, prone, handcuffed behind their back, that in no way, shape or form is anything that is by policy, is not part of our training, and it is certainly not part of our ethics,” the chief said.

Chauvin’s lawyer, Eric Nelson, has maintained the Floyd died as a result of drug use and a heart ailment — not the former cop’s conduct.

In cross-examination by Nelson Tuesday, Mercil conceded that “passive” and “compliant” suspects can suddenly turn unruly and aggressive.

Mercil, who trains MPD cops in Brazilian jiu-jitsu and other martial arts, also testified that he has trained “hundreds” of officers in the use of neck restraints.

Nelson has also suggested that a crowd of angry bystanders hampered police efforts to de-escalate the situation during Floyd’s arrest.