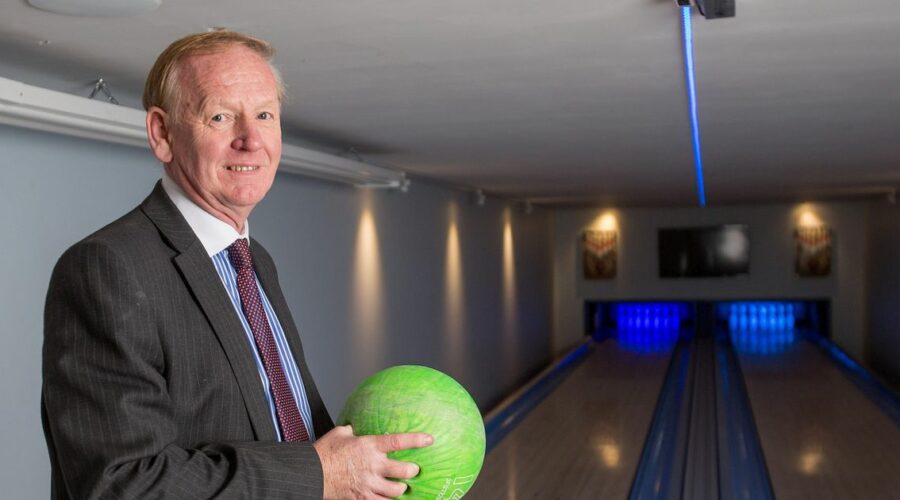 A millionaire has been handed a suspended sentence after refusing to demolish a luxury extension that he added to his house in order to create the UKs “best man-cave”.

Wealthy accountant Graham Wildin, 68, was given a suspended prison sentence for not removing a bowling alley, cinema, squash courts, private casino and bar in a plush extension at his home.

He sparked outrage amongst neighbours when he was later found to have carried out the work without the required planning permission in 2014.

A lengthy legal fight followed ending with a High Court judge handing down an injunction in 2018 and Wildin was given until the end of April 2020 to remove the 10,000sq/ft complex.

This ordered Mr Wildin to tear down the sports centre as it had a serious impact on his neighbours in Cinderford, Glos.

With the controversial building still standing past the given deadline, Wildin appeared in court yesterday [25] where he claimed he could not comply for various reasons, including being unable to find contractors and the inability to find the necessary money.

Due to the claimed lack of funds, the judge was not prepared to find Mr Wildin in contempt of court for the requirement to demolish the building entirely.

Instead, he was found in contempt of court for not soft stripping the interior of the building, for not decommissioning services and in four other respects.

This was imposed on the condition that he strip the interior of the building including removing all sports equipment, the cinema, bowling alley, all doors, lighting, radiators, fixtures, fittings, sanitary ware and furniture, along with disconnecting electricity and water supplies within 18 weeks.

Speaking after the case Forest of Dean District Council leader Tim Gwilliam said: "Today's result was completely avoidable. If Mr Wildin had followed the advice of the many experts who advised him to comply with the law, he would not have faced this outcome.

"The council's determination to see this matter through was not borne out of malice or trying to attack someone who has been a businessman in the district for many years, but simply out of doing what is right and fair.

"Every year, hundreds of people ask the council for planning advice and follow it.

"The council does its best to assist people in securing permissions for development proposals that improve the environment in which they live whilst safeguarding the community. It is important that the planning rules and policies are adhered to.

"The Forest of Dean District Council would like to thank the people of the Forest and the people of Cinderford in particular for their patience while we followed the lengthy process of making this happen."