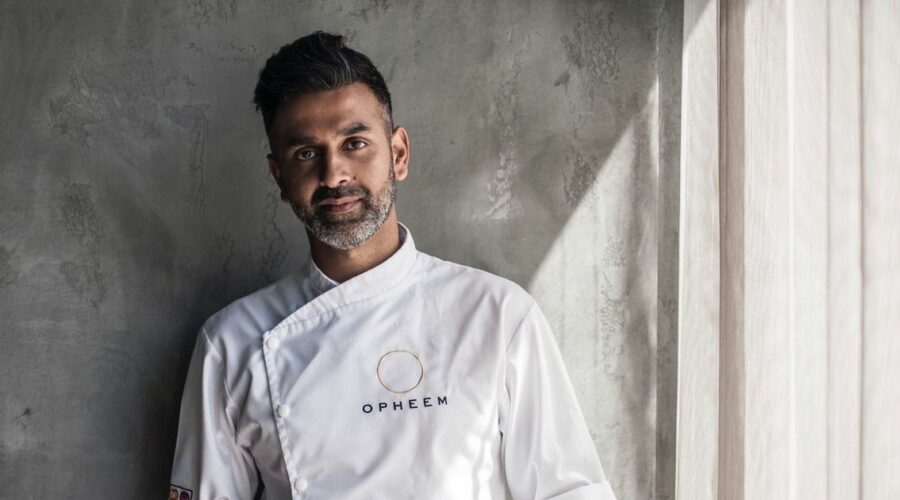 Great British Menu star Aktar Islam has lashed out at a brutal TripAdvisor reviewer that scolded Islam's business for being "customer-unfriendly".

The chef, who also appeared on MasterChef, has said the customer will not be allowed back to his Birmingham venue, where a client claimed she was offered "chickpeas" as a substitute to a beef dish on the £115 tasting menu.

The reviewer, whose screen-name is 2956jd, wrote of their disappointment in an angry review.

They voiced their disappointment in a review from November, complaining of the lack of alternatives offered by the restaurant.

She added that she had tried to cancel, but said the restaurant had refused to refund her deposit.

She said: "At booking, we made clear we had dietary restriction, however luckily on the day we happened to call them, and we were told they can't cater for Main Course 'no beef' and will substitute with chickpeas. We could not believe it."

Islam hit back on TripAdvisor, telling the disgruntled diner that the restaurant "always try our best, but we cannot pull rabbits out of a hat… or in this case lamb or chicken."

The chef, speaking to BirminghamLive, said: "My restaurant is not an episode of Ready Steady Cook. My team can't just knock something up. In most fine dining restaurants, we can't just rustle up whatever someone wants."

He continued: "On this occasion, the reviewer did tell us she could not eat beef on the booking – and we did our best to accommodate with an alternative that we already serve.

"It is incorrect to say we said we'd give her chickpeas instead as we don't serve chickpeas. My manager offered a dish from our vegetarian menu – a Chettinad dish with aubergine.

"The lady was sadly insistent that we should have "better" alternatives/menu options like chicken or lamb."

Aktar's restaurant opened in 2018, soon bagging a Michelin star for work which inspectors called "progressive Indian cooking" and that his foods blend "traditional techniques with a modern outlook".

But it wasn't enough for the disgruntled diner, with Aktar even offering an alternative dish, saying he ran over to his other restaurant, Pulperia, to prepare a monkfish.

He says the diner "still wasn't satisfied" with the alternative offering, and wasn't keen on the prices either.

Aktar said: "The diner also said we are very expensive and as we said in our response this again is incorrect if compared to another Michelin starred restaurants in the city."

He continued: "And there are restaurants in Birmingham that do not have a Michelin star but charge a lot more than Opheem for their tasting menus.

"Also, what I said in the response is something she forgot to mention in her criticism – that she took to verbally abusing me, questioning my credentials for cooking Indian food. She had a problem with me not being Indian.

"The stupidity and ignorance some people have is shocking. Although I didn't chuck her out she will not be welcomed into my restaurant again."