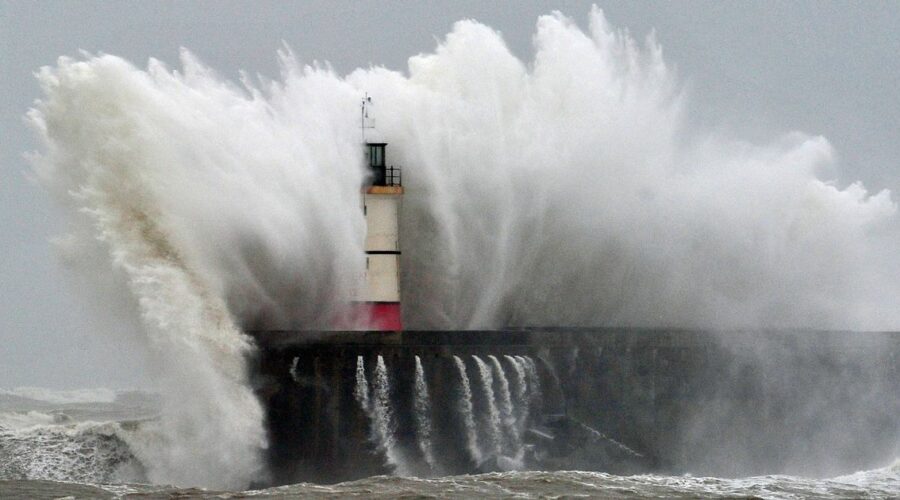 Parts of the UK have been warned to brace themselves for severe thunderstorms as 10 hours of torrential rain is set to lash the country.

The Met Office issued yellow weather warnings for thunderstorms with the late summery blast due to be flushed out by storm clouds and rain moving up from the southwestern coastline.

South Wales and parts of South West England are expected to bear the brunt of the storm when it strikes.

Some places could record 30-50mm of rainfall in less than three hours on Wednesday afternoon with more yellow weather warnings in place for heavy showers and thunderstorms in the East of England the the Midlands for Thursday.

Met Office experts say there is the potential that surface water flooding will bring about disruption to travel.

It will come as a shock to the system to some with highs of 30C predicted for Tuesday as the nation enjoyed an Indian Summer.

But it seems like that will be short-lived for some people with the weather warning in place from 11am on Wednesday until 8pm in the evening.

It covers much of Devon and Cornwall as well as parts of Dorset, Somerset, and southern Wales.

Another warning for stormy weather and heavy showers is in place for Wales for 11am to 8pm on Thursday as well.

A spokesman said: "Following overnight rain and showers, more intense showers and thunderstorms are expected to break out fairly widely from late-morning, before easing during the evening.

"Whilst most areas will miss the most intense storms, torrential downpours are possible in a few places.

"Where these occur, there is potential for 20 to 30mm of rain in less than an hour and up to 40mm in two hours. This would have the potential to generate surface water flooding, especially if it falls over an urban area."

The yellow rain warning for England's east and the Midlands on Thursday lasts from 11am to 8pm.

The Met Office says the area of showers will move northwards across southwest England and south Wales on Wednesday, while much of the rest of the country remains dry.

Temperatures are set to fall everywhere later in the week, with conditions become settled but much cooler by the weekend, the Met Office predicts.