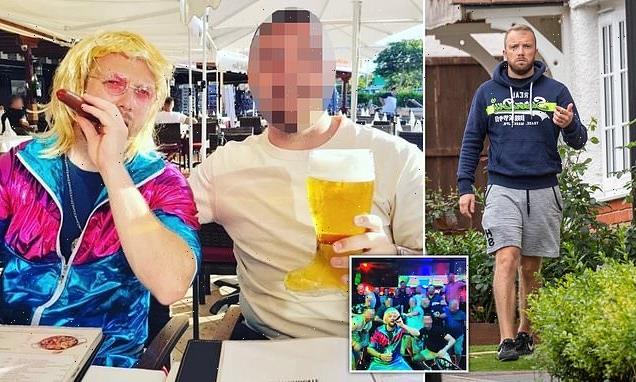 A police sergeant has escaped disciplinary proceedings after being photographed while dressed as paedophile Jimmy Savile on his stag weekend alongside a group of fellow officers.

Victims of the former Top of the Pops presenter reacted with fury last night at the behaviour of Sergeant Will Hughes, 32, and at least four other officers on the holiday in Tenerife.

They were also enraged that the Metropolitan Police failed to make an example of Sergeant Hughes.

Among the Scotland Yard officers photographed with him are an inspector, two constables and a sergeant of 18 years’ experience, who oversaw policing at the 2019 Brit Awards at the O2 Arena in Greenwich, south-east London. 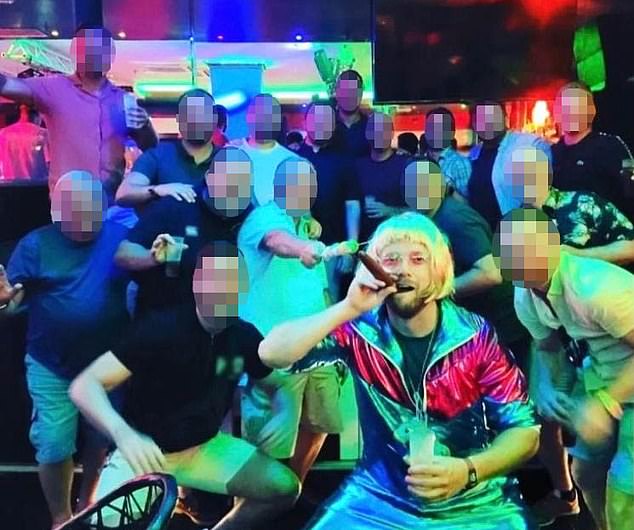 Sergeant Will Hughes, 32, was photographed while dressed as paedophile Jimmy Savile on his stag weekend in Tenerife alongside a group of fellow officers

Sergeant Hughes can be seen grinning at the camera wearing a long wig, Savile’s signature tracksuit and round sunglasses and holding a cigar to his mouth while surrounded by his friends in a bar.

The officers are understood to have travelled to the Canary Islands for five days in early September for his stag party, and stayed in Playa de las Americas on the south-west of Tenerife.

A Scotland Yard spokesman said last night that rather than face a misconduct hearing, the group, based in Bexley, south-east London, would be subjected to ‘reflective practice’.

That means officers will merely have to make written submissions explaining their behaviour to their line managers.

The practice falls short of a disciplinary process, meaning the officers will not be blocked from promotions or job moves. Savile’s victims reacted with disgust to the images, which have emerged days after Wayne Couzens was jailed for life. Victims of the former Top of the Pops presenter reacted with fury last night at the behaviour of Sergeant Will Hughes, 32, and at least four other officers on the holiday in Tenerife

Caroline Moore, 62, is still haunted by the moment she was subjected to an obscene kiss by the DJ when she was a 13-year-old schoolgirl in hospital. ‘I think it is absolutely hideous behaviour,’ she said. ‘I am almost speechless.

‘It is terrifying that a police officer, and not just one officer but a group of them, would think this was something funny to do.

‘It is sickeningly creepy given everything else we have seen recently. What was the man thinking?’

Mrs Moore, who uses a wheelchair, added: ‘It is disappointing that this wasn’t enough for a proper disciplinary process and I’m not sure just a slap on the wrists sends the strongest message when the police are desperately trying to restore confidence.’ 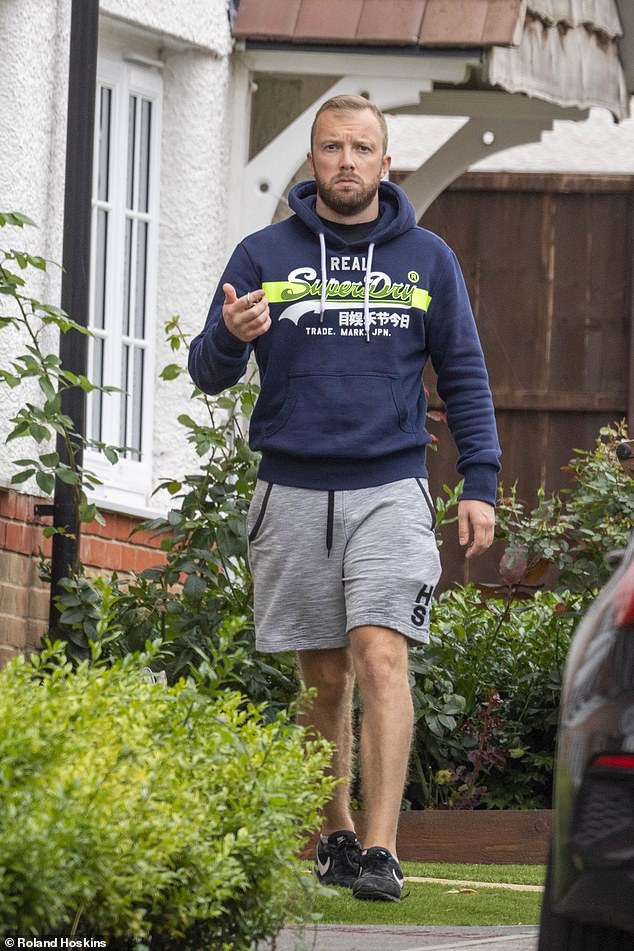 A Scotland Yard spokesman said last night that rather than face a misconduct hearing, the group, based in Bexley, south-east London, would be subjected to ‘reflective practice’. Pictured: Hughes outside his Rochester home

One of the more senior officers is said to have referred himself to Scotland Yard’s Directorate of Professional Standards after he was approached by the Daily Mail. None of the officers would comment on their behaviour.

Detective Chief Superintendent Trevor Lawry, commander for Bexley, said: ‘While this took place when the officers were off-duty in another country, as someone who has investigated child abuse for over 20 years, I am extremely disappointed.

‘This was a grave error of judgement by the officers and they need to consider the significant impact of these actions.’

In July, the Mail revealed that at least eight Bexley police officers were under investigation over a Whatsapp group in which they are said to have made crude jokes about Katie Price’s disabled son Harvey.

Savile died in 2011 aged 84 and a huge number of sex abuse allegations emerged the following year.

The television presenter raped and assaulted patients, staff and visitors in 41 hospitals, a children’s home and a hospice over nearly 50 years.