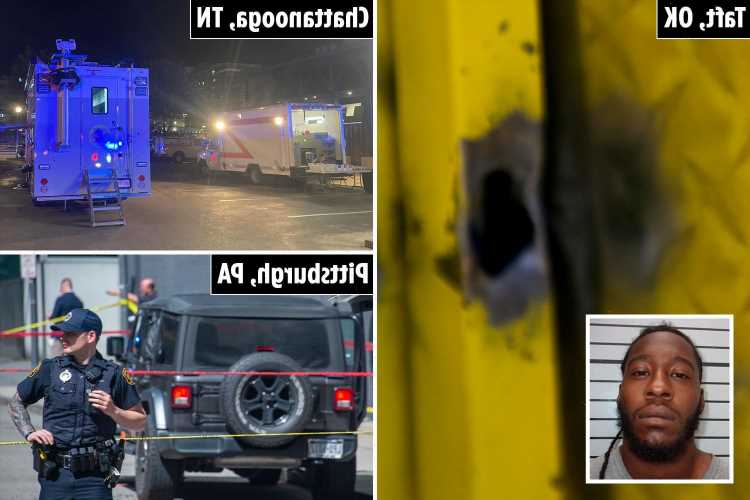 MEMORIAL Day weekend has been marred with gun violence as at least 26 people have died following a series of shootings.

Dozens have been injured as gunfire was reported in cities including Chicago and Philadelphia. 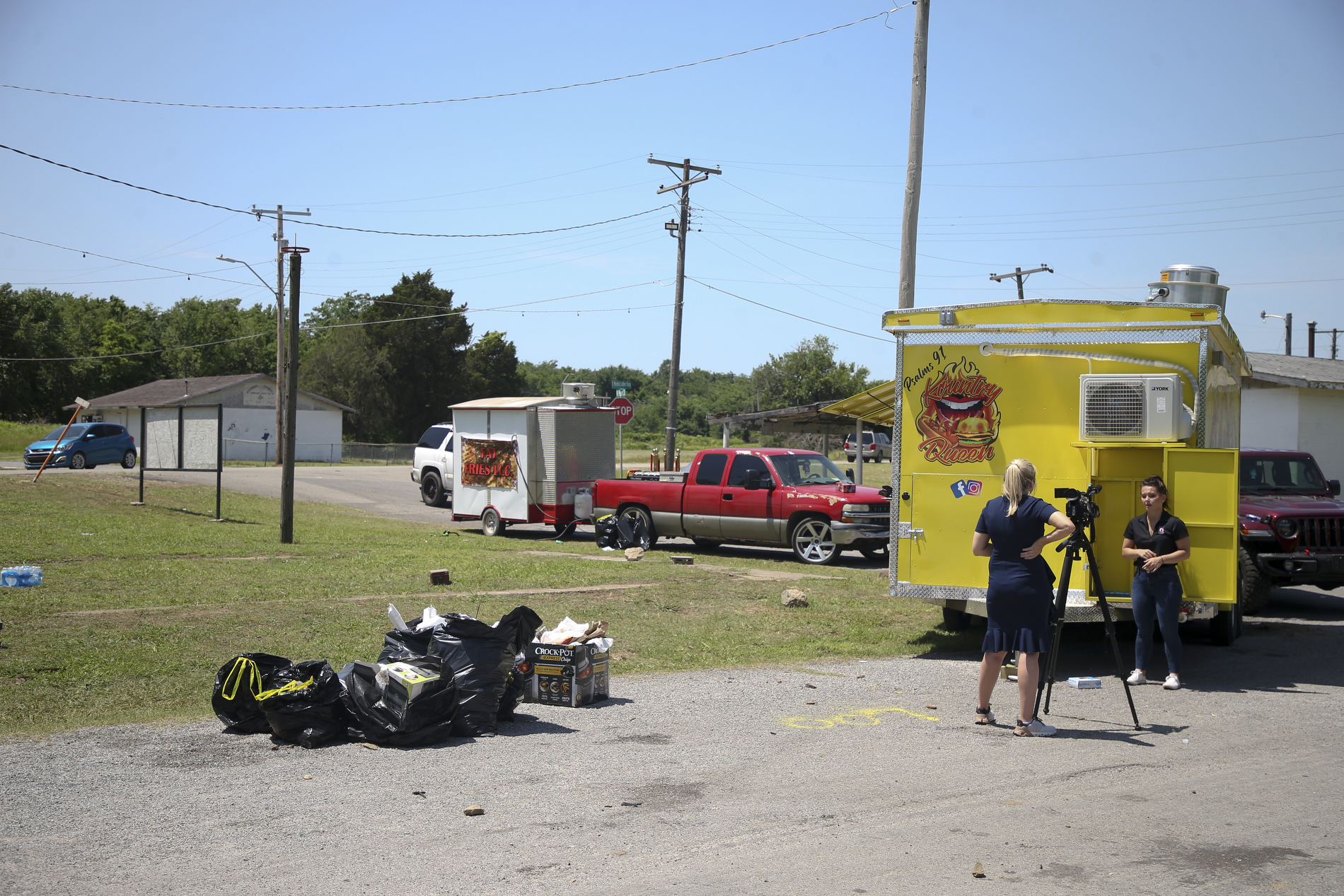 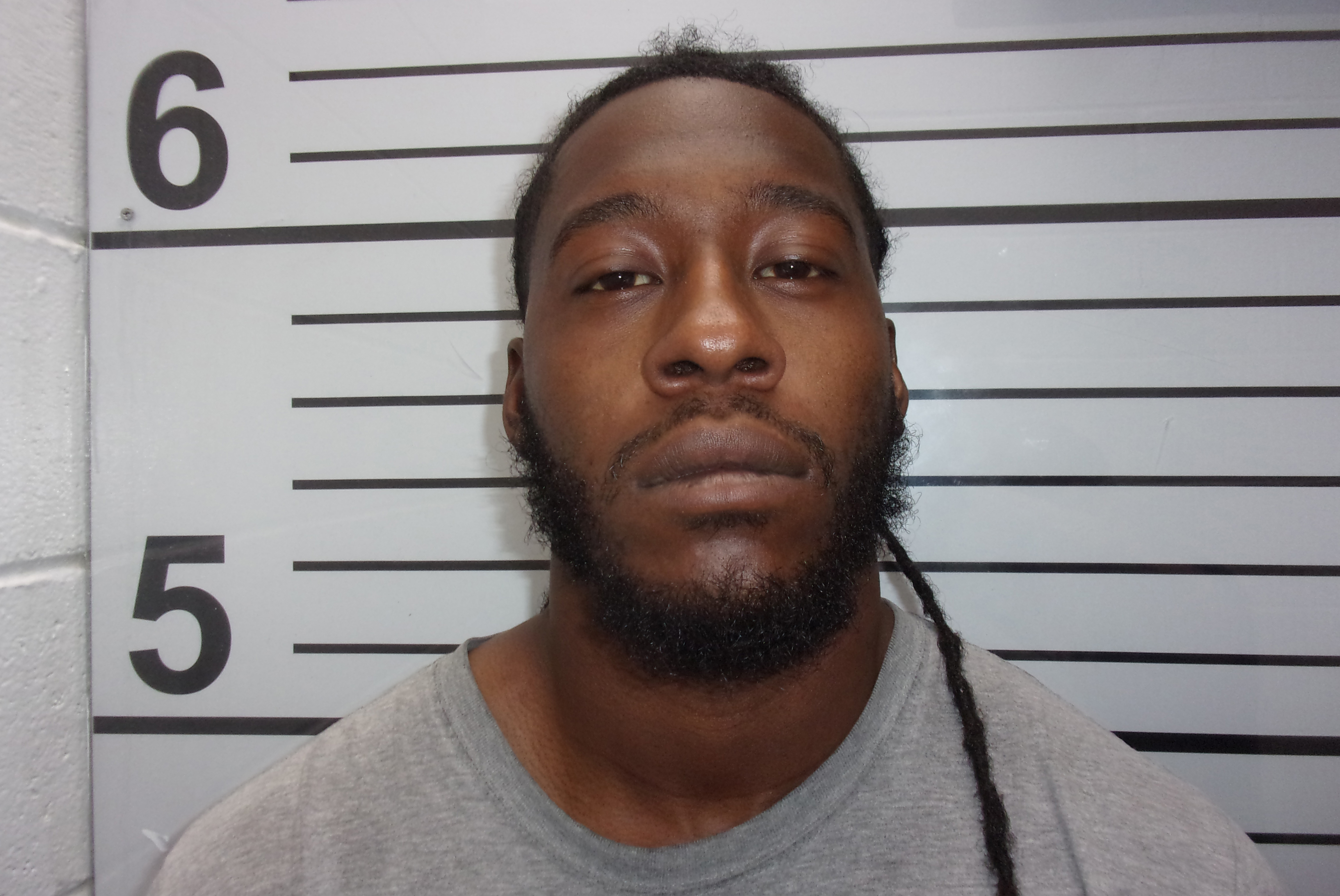 At least 21 people were injured in the Windy City, while eight people died after several shootings rocked Philadelphia.

The deadly weekend came just days after 19 students and two teachers were killed in a mass school shooting that left Uvalde, Texas reeling.

At least five people were killed while 21 were left injured as a series of gun violence rocked Chicago over the Memorial Day weekend.

A man was shot in the Chicago Lawn neighborhood on Saturday morning, while two men were shot in Englewood. They were taken to the hospital where they died, according to NBC5. 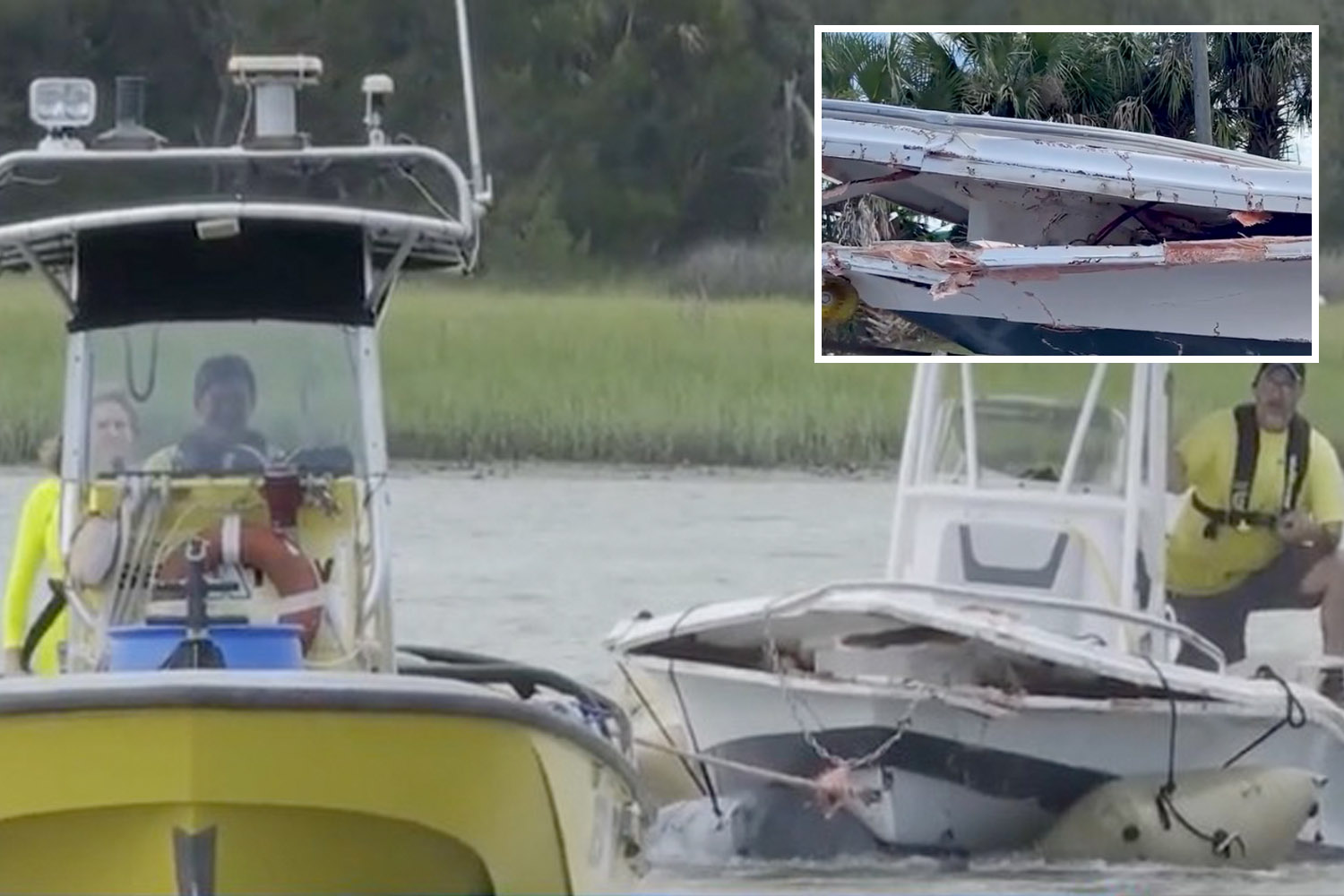 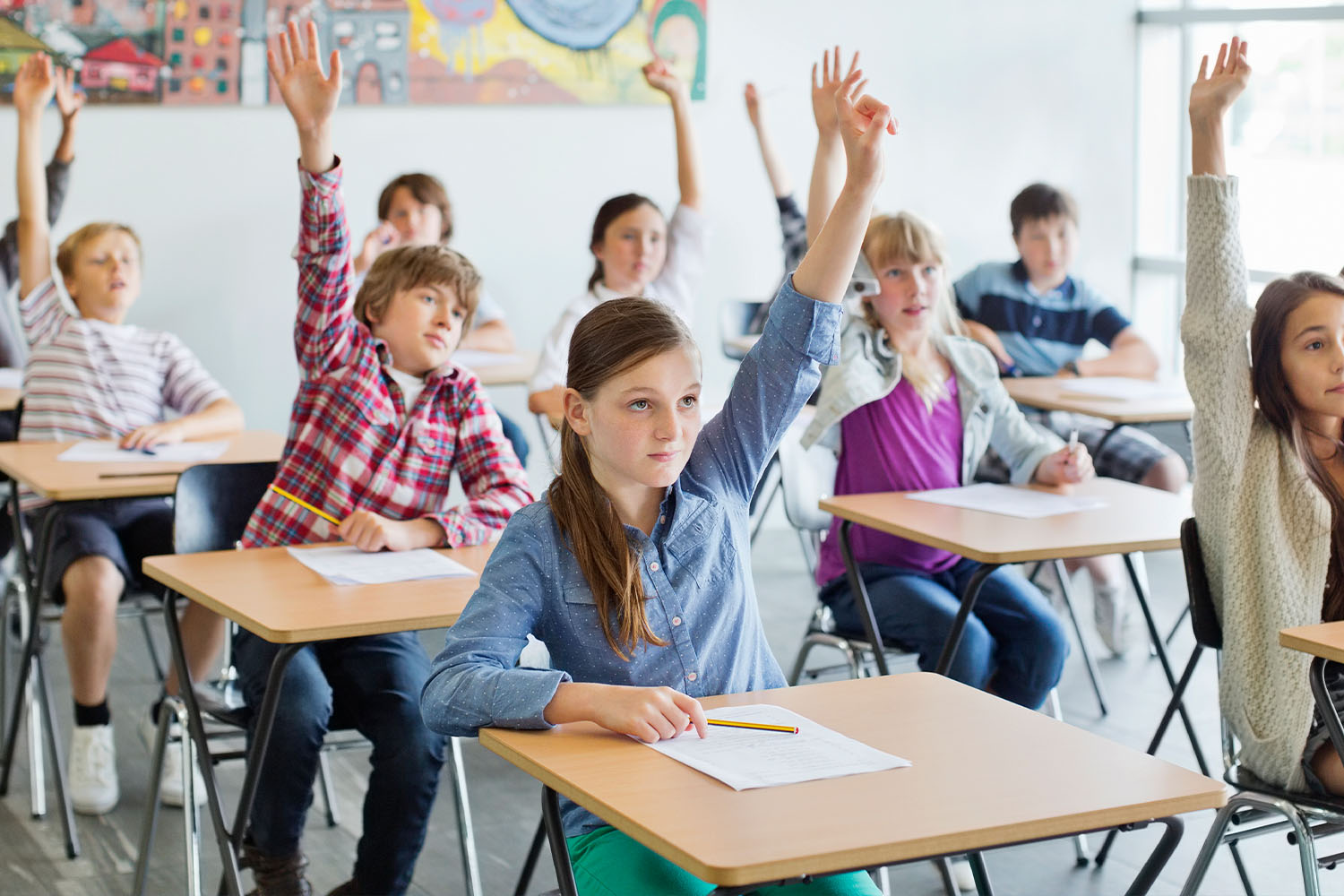 What to know about school hours on Memorial Day

A suspected gunman shot dead a man, who was standing on the sidewalk, in the head and body just after 1am local time on Sunday.

Cops revealed a 33-year-old man was shot several times in the left side of his body before he crashed into a road median.

He was taken to hospital where he was pronounced dead by doctors.

Dozens of people were injured over the weekend in the Windy City.

Cops said a 34-year-old man was shot in the neck while he was sitting a parked car.

Meanwhile, a 31-year-old woman, who was standing near the vehicle, was shot in the elbow.

Another victim, 32, was hit in the lower back area, according to police.

Police revealed that a man, 56, was shot at by a person in a white SUV.

They suffered injuries to the back and hip, while cops haven’t identified any suspects.

They were taken to hospital in a serious condition, police said.

Five people were hurt in a mass shooting near Daniel Webster Elementary School in Chicago.

Five people, between the ages of 16 and 33, were standing on a sidewalk near the school when a fight broke out and shots were fired, the Sun-Times reports.

All five people, including a 33-year-old man who was shot in the face, were transported to Mount Sinai Hospital in serious condition.

Meanwhile, in Nevada, seven people were injured after a shooting on the US-95 highway in Henderson.

The shooting took place around 11:50am local time on Sunday, Fox5 reported.

Two of the victims were taken to hospital in a critical condition.

Cops revealed that the suspect remained at large.

The Sunrise Hospital and Medical Center was put into lockdown following the shooting.,

Sunrise spokesperson Cyndi Lundeberg told FOX5: “We will be on lockdown until police give us the all clear. Lockdown means we limit points of entry and anyone entering is searched.

“Visitors are restricted during lockdown. The reason for the lockdown during events like this is in case there is retaliation. We secure the hospital to protect our patients and our colleagues inside so we can continue care.”

Cops in Memphis revealed that one person has been killed, while six have been injured.

A man was hospitalized in a critical condition but died of his injuries, according to the Memphis Commercial Appeal.

Three people were also taken to hospital in a non-critical condition.

Cops haven’t released any suspect information but ask people with information to call 901-528-2274.

One person was killed and two more were wounded when a gunman opened fire at a graduation party in Atlanta, Georgia.

At least 200 people, mostly teens, were inside the Park Lane Event Center when the shooting took place early Saturday morning.

Two people were airlifted to a hospital with serious injuries while a third died of his wounds.

Cops have not made any arrests so far but believed the suspects are not from the Thomaston area while only one victim was a local resident.

In Fresno, one adult died and three teens were injured during a shooting on Saturday night.

While responding to a separate call, officers heard gunfire and began to investigate, reports Your Central Valley.

The officers reported finding an adult and two teens, ages 15 and 16, suffering from gunshot wounds.

According to the Fresno Police Department, another 16-year-old teen was shot during the incident

Two of the three teens are in stable condition at a nearby hospital and one of them is in critical condition, officers told the news outlet.

One person has died after multiple people were shot at an event in Taft, according to the Oklahoma State Bureau of Investigation.

Among the seven injured, one person was a juvenile, according to the OSBI.

Officials said the victims are between the ages of nine-56.

Stitt wrote: "I have been informed of the shooting in Taft. I am grateful for

"@OSBI_OK's swift response to assist local police and am confident in Oklahoma law enforcement's ability to bring justice to whoever is responsible for this deadly incident."

Cops issued an arrest warrant for Skyler Buckner and he turned himself in on Sunday afternoon.

He's being held in Muskogee County jail and records show that he doesn't have an attorney. 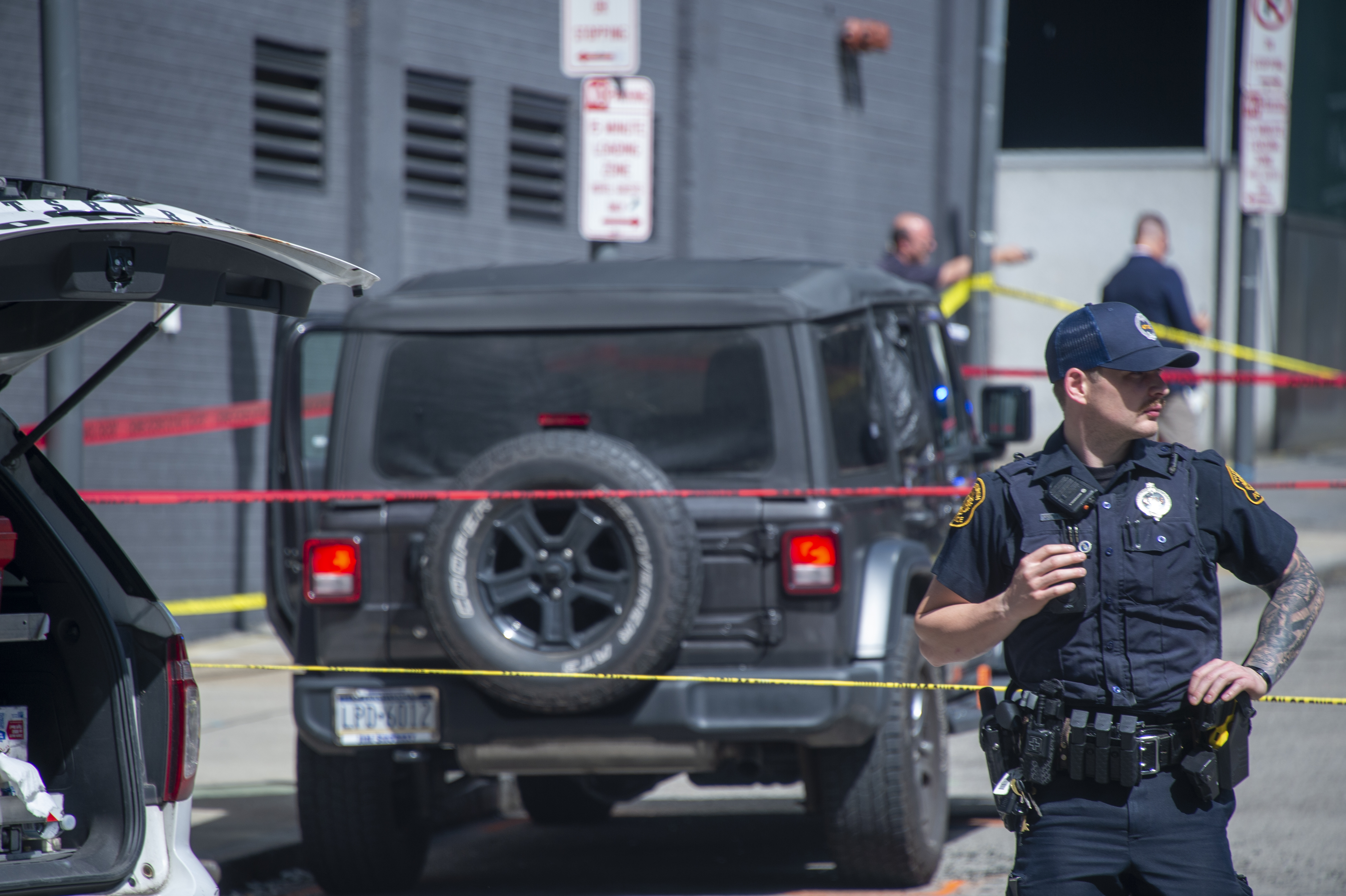 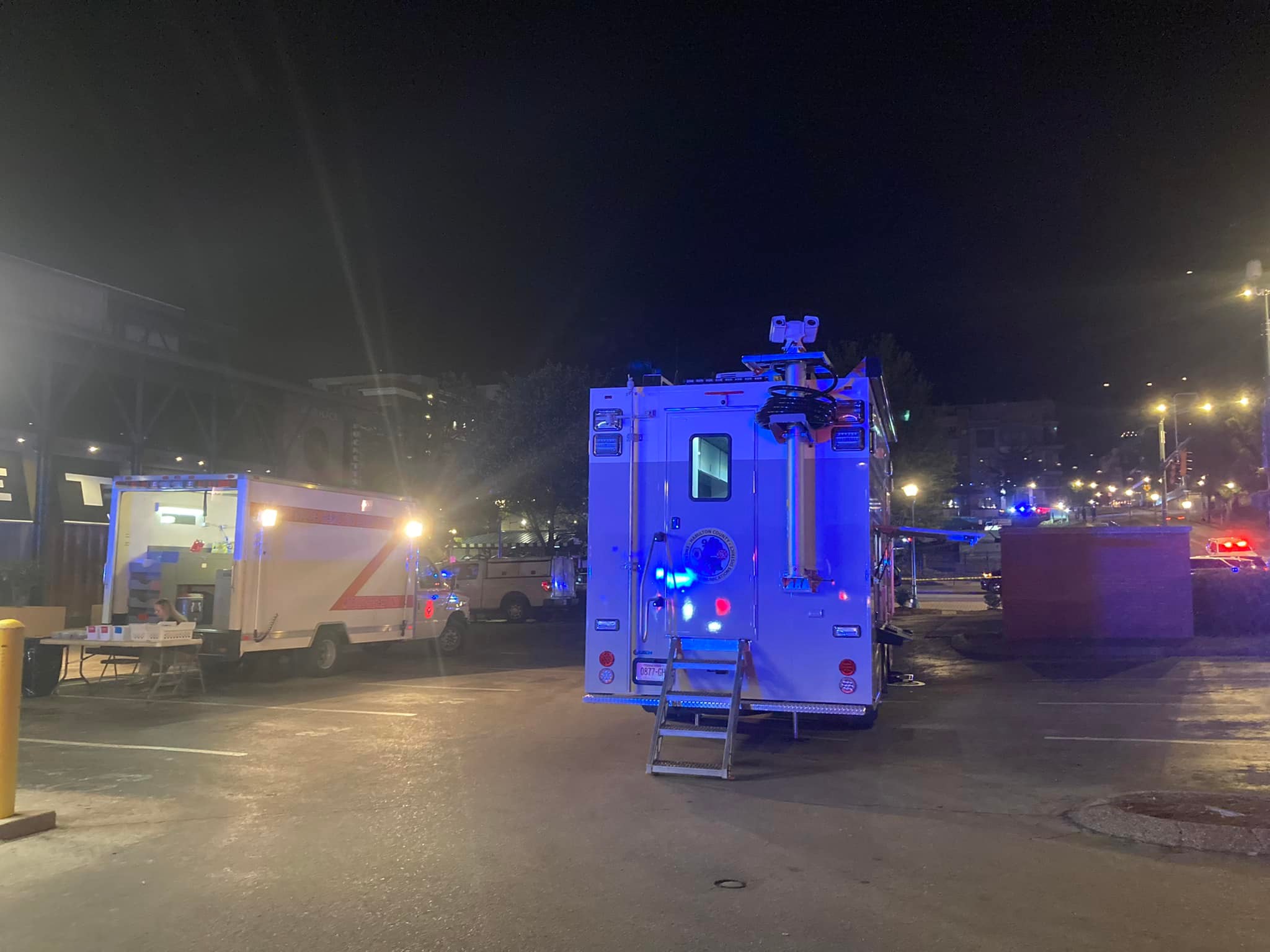 On Saturday night, in Inner Harbor, Baltimore, at approximately 7.35 pm shots were fired in an amphitheater located along a waterfront promenade, The Baltimore Sun reports.

Baltimore Police said a 17-year-old boy was pronounced dead at the hospital and a girl, of the same age, was hospitalized in stable condition.

In the early hours of Sunday, a woman was also fatally shot.

Also on Sunday morning, a 15-year-old boy was shot and remains in stable condition.

Baltimore Mayor Brandon Scott said in a statement following the 17-year-old boy's death: "I am sickened that this plague continues to grip our city.

"I will continue to push every public safety agency to do more, but it will also require all of us to collectively say enough is enough, that we’re not going to accept or allow violence in our city.

"The mission to build a safer Baltimore requires all of us to lean in because the stakes are too high and the need too urgent." 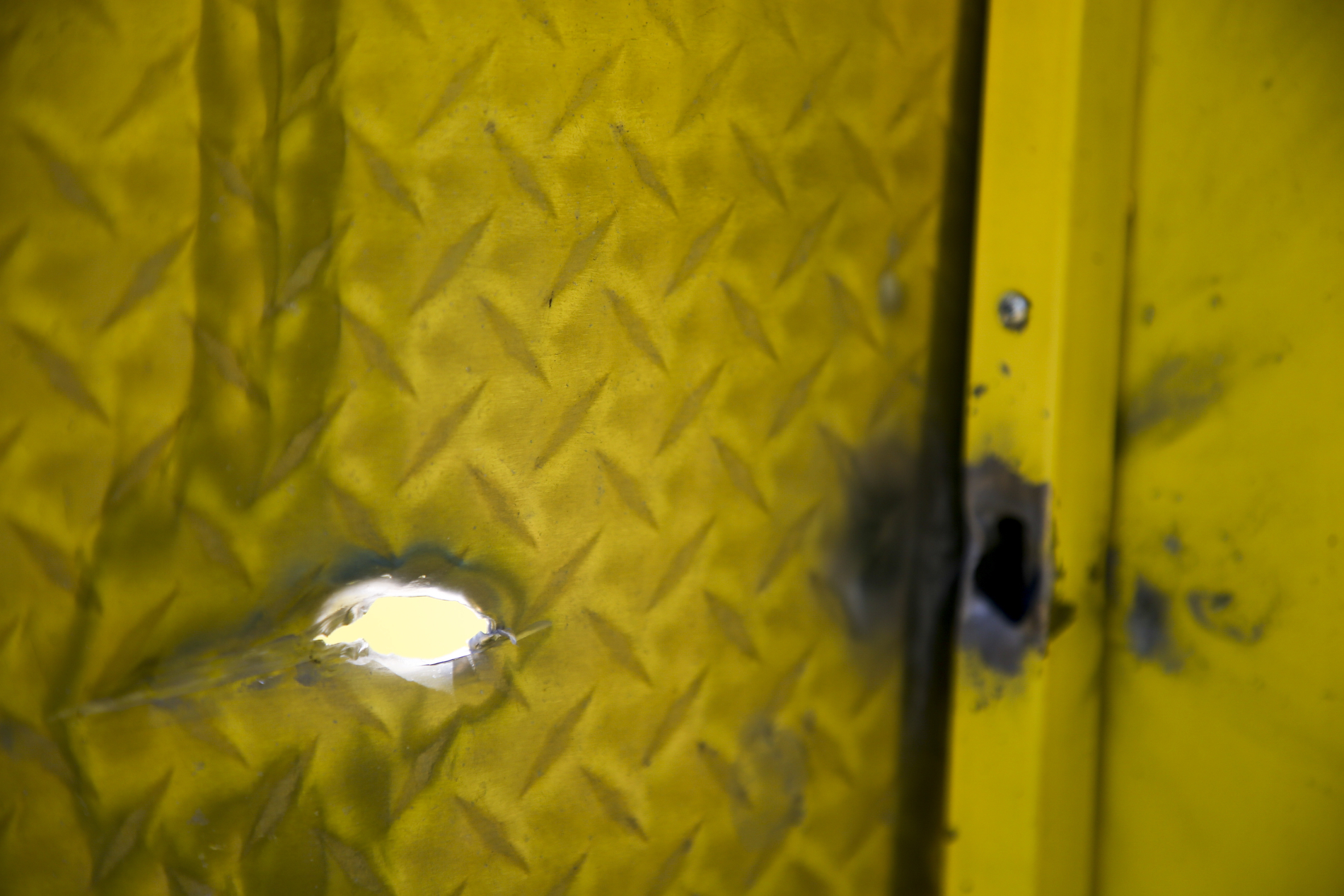 One person was killed in a shooting at a nightclub in Florida, three years after another clubber was killed at the same premises.

Cops rushed to Blue Lounge club in Tampa after shots were fired just before 3am on Sunday.

Deputies responded to the report of a shooting at the nightlife venue, confirmed Hillsborough County Sheriff's Office.

One person was found dead when deputies arrived.

Police told the news outlet that 45-year-old Donovan Davy was shot in the neck and right leg in Brooklyn.

The man was pronounced dead at Kings County Hospital.

Another victim was fatally shot at an apartment complex in Brownsville, Brooklyn, according to cops.

Minutes before 12am on Sunday, a man was shot in Queens and transported to the hospital in stable condition.

Three people were hit by gunshots early on Sunday morning in Brooklyn.

A nine-year-old boy was among eight people killed in Philadelphia over the Memorial Day weekend.

And, two teens and a four-year-old were among 12 people injured.

A four-year-old in the West Philadelphia area shot himself in the hand. They are expected to recover.

Two teens and a 63-year-old man were injured after cops rushed to the scene of a triple shooting in Logan on Sunday morning.

A man, believed to be between the ages of 18-21, was found with several gunshot wounds in Overbrook on Sunday afternoon. He was taken to hospital where he died.

On Saturday morning a 30-year-old man was shot multiple times in Philadelphia's Mill Creek neighborhood. He succumbed to his injuries shortly after.

Hours later, another man was fatally shot and two women were injured by gunfire in East Germantown.

A double shooting in Kensington followed in the evening, leaving one man dead and a 25-year-old woman injured.

In North Philadelphia at around 9.30am Sunday, a 49-year-old man was fatally shot.

In the Wissinoming neighborhood of Philadelphia on Sunday night, a dad and his nine-year-old son were killed in a drive-by shooting, NBC Philadelphia reports.

Meanwhile, in downtown Pittsburgh, a one-year-old boy was also killed in a drive-by shooting.

Police said the boy was killed, but the shooter was intending to shoot someone else, according to the Pittsburgh Post-Gazette.

"These individuals were after not so much the 18-month-old baby, but there was an individual in the car that they targeted.”

And, two females, 16 and 21, were found dead in Port Richmond, Philadelphia on Monday morning.

Six people have been injured and two others are in critical condition in a shooting near Tennessee Aquarium in Chattanooga. 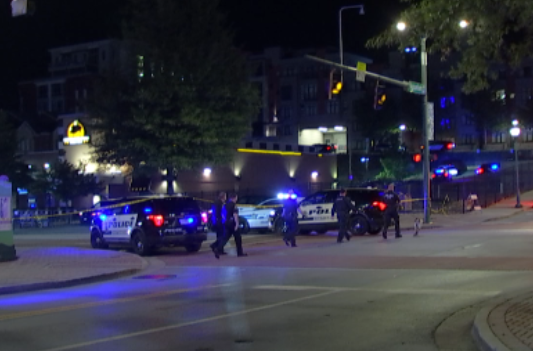 "Our officers began rendering aid to the victims as well as assisting others to safety," a police spokesperson told Tennessee news station WTVC.

"They were able to detain at least one person of interest in the incident in the moments after the shooting began."

Most of the victims are understood to be in their teens and early 20s.

"We had large groups of juveniles walking around the downtown area this date and we believe it’s from within that group that the shooting took place," a police spokesperson said.