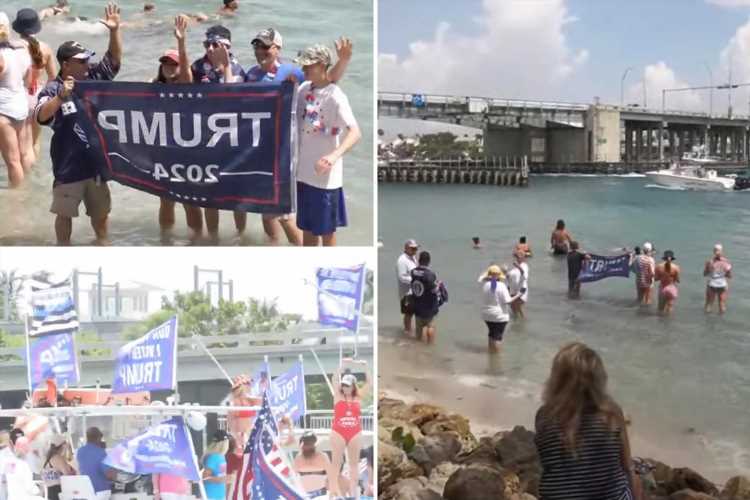 SWARMS of MAGA fans took to the water in boats plastered in flags bearing Donald Trump's name for a Memorial Day parade in Florida today.

Trump followers including staunch ally Roger Stone were pictured sailing in Jupiter as part of a gathering to honor America's fallen soldiers. 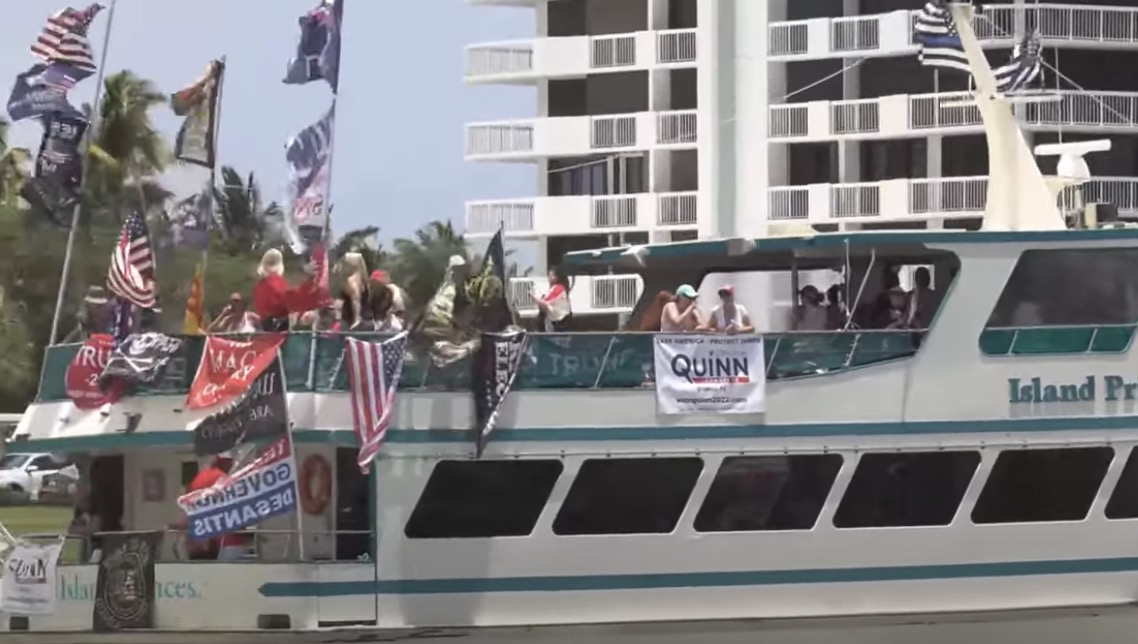 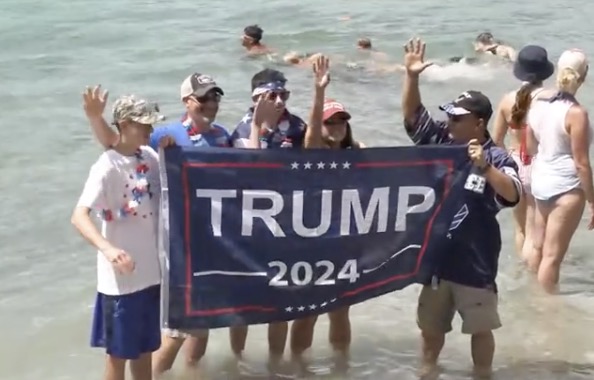 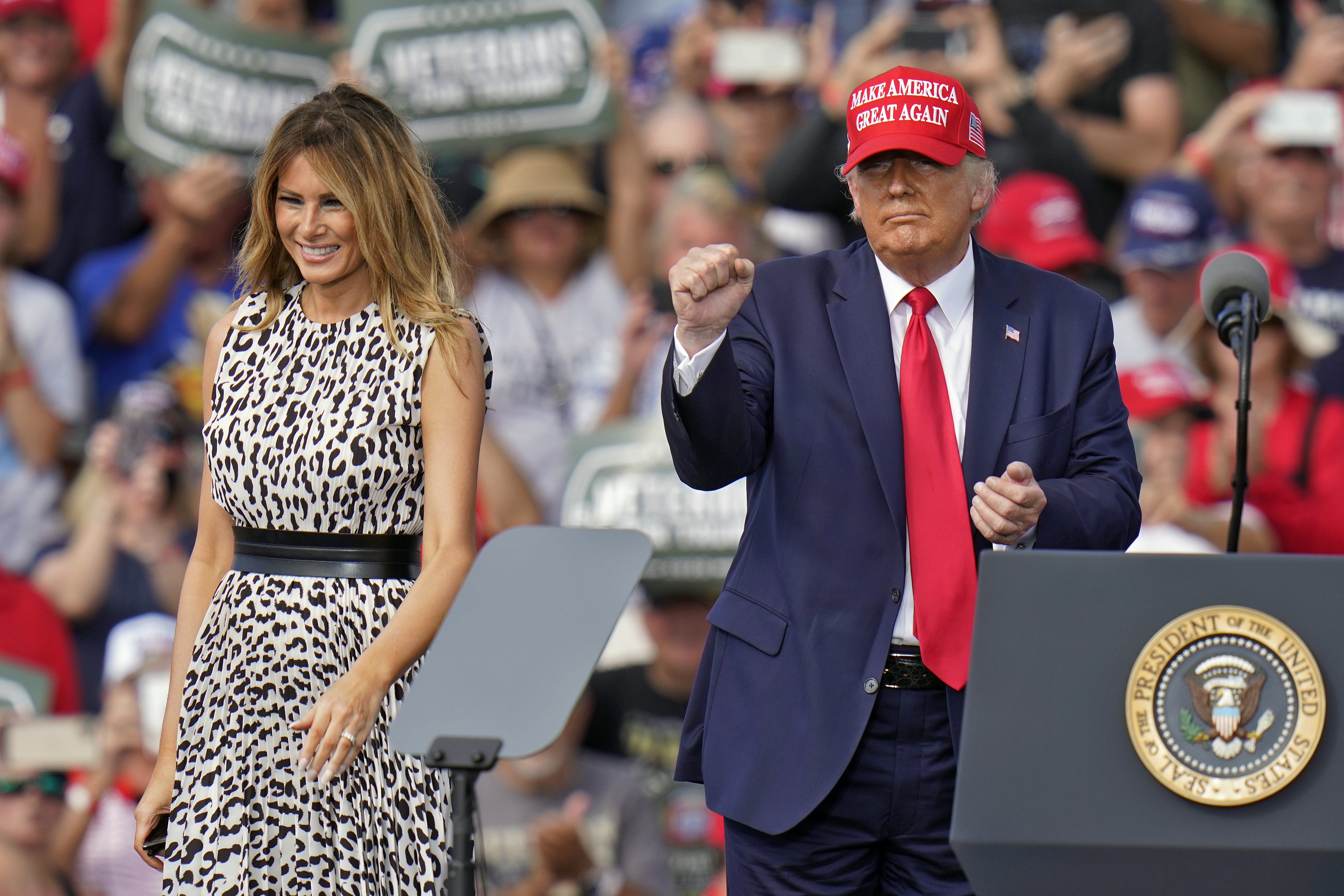 Crowds lined the banks to watch on as Trump supporters waved flags from their vessels.

Among them was political lobbyist Stone, who was spotted cruising with wife Nydia while others donned outfits reminiscent of the US flag for the parade.

As MAGA fans set sail in the Sunshine State, Trump hailed the "fallen heroes" who made a "supreme sacrifice" for the country in a Memorial Day message from New Jersey.

“We remember the fallen heroes who took their last breaths in defense of our Nation, our families, our citizens, and our sacred freedoms," the ex-president said.

"The depth of their devotion, the steel of their resolve, and the purity of their patriotism has no equal in human history.

“On distant battlefields, in far-off oceans, and high in the skies above, they faced down our enemies and gave their lives so that America would prevail​.

“They made the supreme sacrifice so that our people can live in safety and our Nation can thrive in peace. It is because of their gallantry that we can together, as one people, continue our pursuit of America’s glorious destiny​." 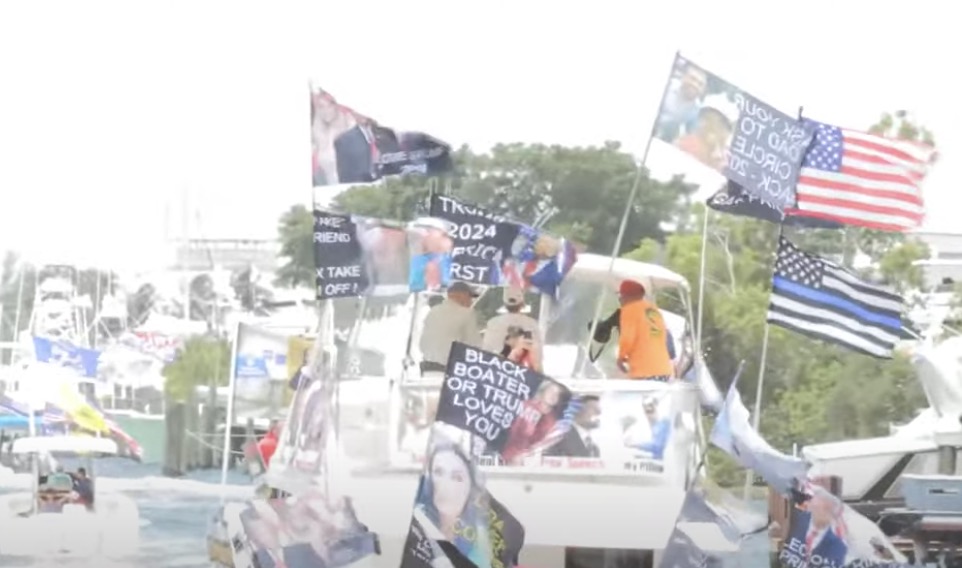 Trump added that Americans “owe all that we are, and everything we ever hope to be, to these unrivaled heroes".

"Their memory and their legacy is immortal," he continued. "Our loyalty to them and to their families is eternal and everlasting.​”

The Republican rounded off his message by saying the country's warriors are the single greatest force for justice, peace, liberty, and security among all the nations ever to exist on earth".

"We honor them today, forever, and always."

Melania's message was shorter in comparison to her husband's, as she tweeted: "Today we honor courageous fallen heroes who fought for our freedom!"

They made the supreme sacrifice so that our people can live in safety and our Nation can thrive in peace. It is because of their gallantry that we can together, as one people, continue our pursuit of America’s glorious destiny.

The former First Lady's tweet was accompanied by a photo as a flag flying at half staff.

It comes as Joe Biden appeared to shed a tear as he laid a wreath at the Tomb of the Unknown Soldier during his first Memorial Day ceremony as president.

Also standing at the president's side was Defense Secretary Lloyd Austin and Chairman of the Joint Chiefs of Staff Mark Milley.

The president appeared to wipe away a tear during the brief ceremony.

The touching moment came shortly after he approached the wreath at the Tomb of the Unknown Soldier.

Biden, his face tight with emotion, adjusted the wreath and then made the sign of the cross as he appeared to pray over the grave.

He then addressed the nation from the national military ceremony and spoke about his own experience of loss.

"We gathered at this sacred place in this solemn hour engaged in the most fundamental of undertakings: the right of remembrance," Biden said.