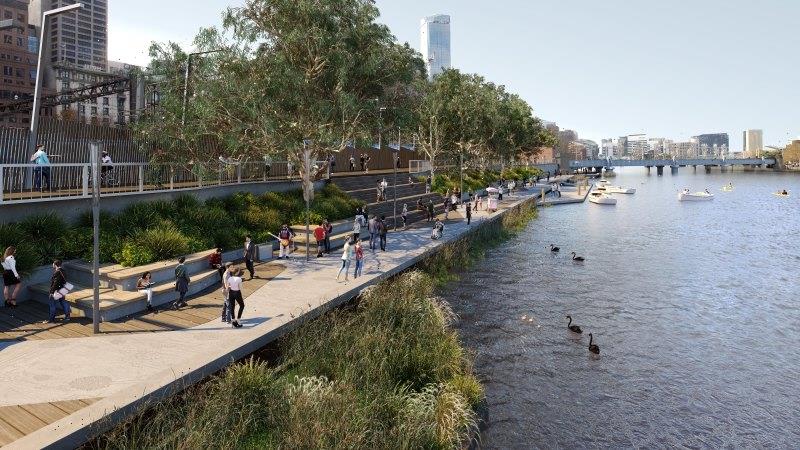 The plan for the Greenline project, which promises a four-kilometre pathway between Birrarung Marr and the Bolte Bridge, was released on Thursday. 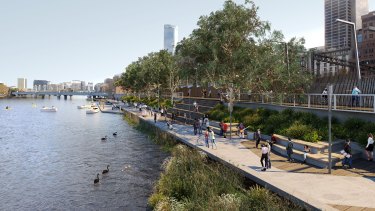 An artist’s impression of how Greenline might look near Flinders Street Station.

Cr Capp campaigned on her grand vision for a linear park in both 2018’s council byelection and last year’s contest, a “passion project” she hopes will provide Melbourne with a drawcard similar to New York’s High Line Park.

The proposal was mocked as pie-in-the-sky stuff last year, with concerns the project was too costly during a pandemic.

Cr Capp said Greenline would deliver one of the biggest transformations of the city since the completion of Southbank Promenade in 1990 and the opening of Fed Square in 2002.

“We want north bank to become one of the city’s premier destinations for workers, residents and tourists,” she said. 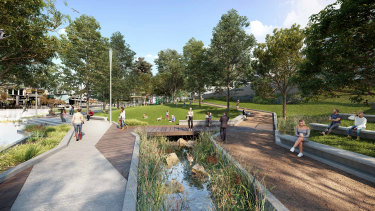 “Our investment in the waterfront would create jobs for Melburnians and encourage investors to open their cheque book and deliver new projects.”

The project is expected to cost up to $300 million, with the council seeking partial funding from other levels of government and the private sector. 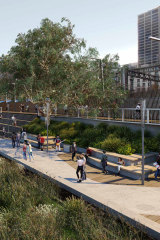 An artist’s impression of part of the proposed $300 million Greenline.

A timeline for the ambitious project has not yet been released.

Councillors will consider the proposal at Tuesday night’s meeting.

The council will also need to seek approval from the area’s traditional custodians, other levels of government, statutory approval authorities, land and property owners and agencies.

“We want to help our local tourism sector not only to rebuild after the pandemic but rebuild better than before,” she said. 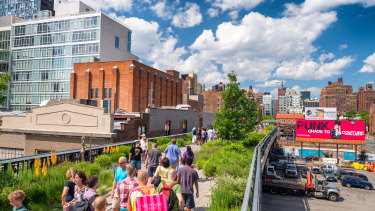 “Projects like Greenline would create a focal point for tourists wanting to experience Melbourne’s history and culture.”