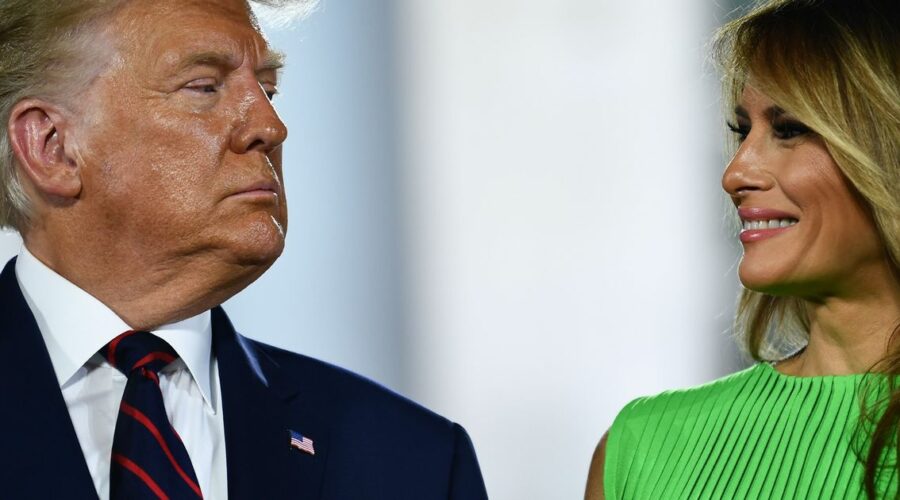 Former U.S. president Donald Trump celebrated his 75th birthday on Monday in a low-key manner with a relaxed dinner at the Trump National Golf Club in Bedminster, New Jersey.

But Donald's wife and former First Lady, Melania Trump, was nowhere to be found at his milestone birthday celebration.

Ex-wife Ivana Trump once revealed to People that "Donald hates his birthdays", and a source also told the magazine that Melania "keeps her own schedule and leads her own life" away from her husband.

Writer Kristyn Burtt seems to think there is no need to worry about the state of the couple's marriage following the absence of the Slovenian beauty.

She said: "She did that at the start of his administration when she and son Barron remained in New York City so he could finish out the school year before they moved to Washington, D.C."

"The couple has very different hobbies and seems to prefer their independent activities, but no one should read too much into her absence," Burtt added.

"This shouldn’t be seen as a sign that there is trouble in their marriage."

The only family members who actually attended Donald's 75th birthday celebration were Donald Jr. and his girlfriend.

Eric and Lara Trump instead took to social media to wish their father a happy birthday, and daughter Ivanka Trump was also not present at the event.

According to the source, Melania plans to go back and forth "from New York and New Jersey to Florida", only seeing her husband when their schedules link together.