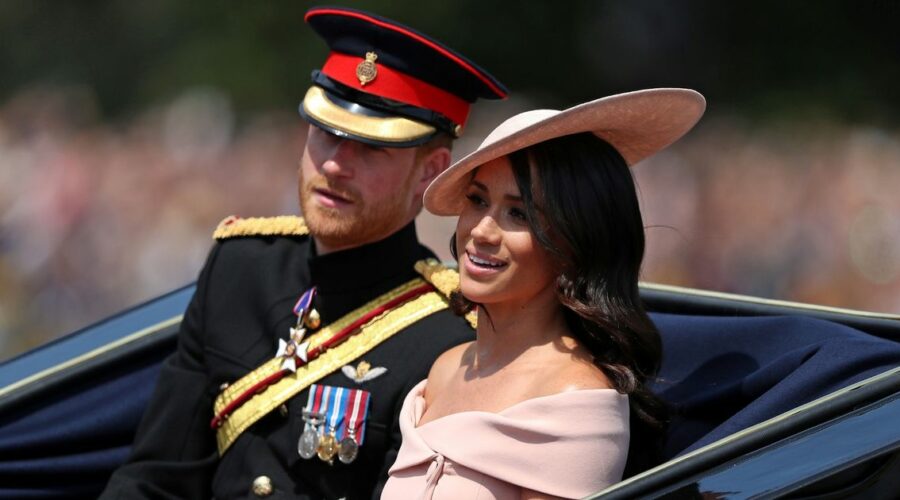 Meghan Markle and Prince Harry are likely to have had “unpleasant” conversations with palace officials as they finalised Megxit, a royal expert has claimed.

Buckingham Palace confirmed on Friday, February 19, that they would not return as working members of the Royal Family.

It comes just over a year after they initially stepped back from royal duties, and days after CBS announced the Duke and Duchess of Sussex would be interviewed by US TV host Oprah Winfrey.

In a statement, the palace said “it is not possible to continue with the responsibilities and duties that come with a life of public service” following a review of their position.

The Queen will also strip the couple of their remaining royal patronages and military titles.

It read: "As evidenced by their work over the past year, the Duke and Duchess of Sussex remain committed to their duty and service to the UK and around the world, and have offered their continued support to the organisations they have represented regardless of official role.

"We can all live a life of service. Service is universal."

ITV's royal editor Chris Ship explained: "Normally with Palace statements you had to dig down to find out what really happened but I don't think you do here.

"It's a pretty sharp way to end there…I think it rather suggests it wasn't very pleasant at all.

"That jumped out at me as soon as I read it."

Meghan will have to step down as patron of The Royal National Theatre and The Association of Commonwealth Universities.

The couple may reflect on the fraught exit during the 90-minute "Oprah with Meghan and Harry: A CBS Primetime Special", which will air on March 7.

The network said Oprah will speak with Meghan on “a wide-ranging interview covering everything from stepping into life as a royal, marriage, motherhood (and) philanthropic work, to how she is handling life under intense public pressure”.

The pair will later be joined “by Prince Harry as they speak about their move to the United States and their future hopes and dreams for their expanding family”.