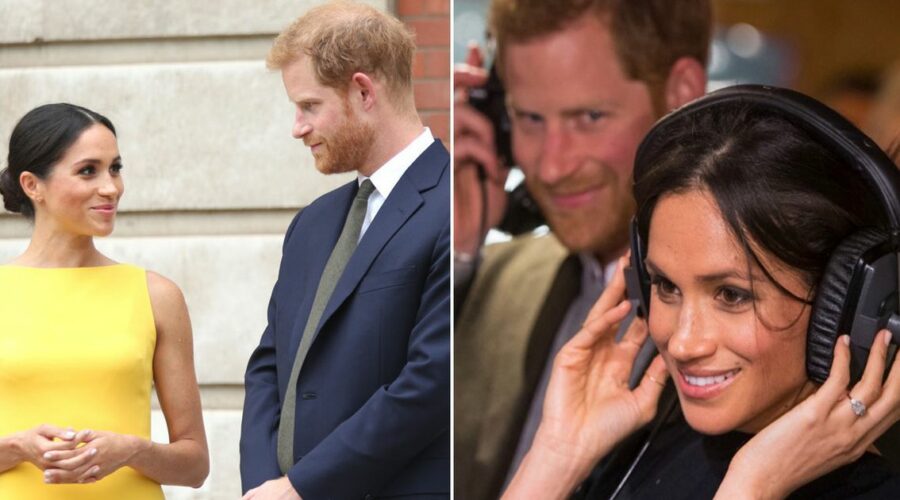 Harry and Meghan could miss out on their huge £18million deal with Spotify as they have so far only produced one 35-minute podcast episode.

The Duke and Duchess of Sussex signed the record-breaking deal in December 2020 which led Royal fans to expect a steady stream of content from the couple.

But Ian Penman, a media lawyer who specialises in music streaming contracts, told the Express the podcast is likely to have been less popular than the couple and Spotify initially expected.

He told the publication: "It would not be an unfair assumption that perhaps their popularity was not as great as maybe they or indeed Spotify initially felt.

"I think you could draw a conclusion that if [Spotify] haven't exercised the option on the next episode of the podcast, then maybe they did not have the popularity that either Meghan and Harry expected or indeed Spotify anticipated."

But the media lawyer explained that Spotify is unlikely to have lost out on a huge sum of money.

Penman said that the streaming giant most likely paid the Duke and Duchess of Sussex a small advance and retained the right to back out of the full £18million if the first episode was not popular.

He said: "It's famously the case in music deals, this goes back decades, that when people talk about a large deal, like Robbie Williams signing a deal for £15m or something, it does not mean he gets £15m on day one.

"So the problem you have here, I would imagine, is that when they talk about an £18m Spotify podcast deal, it probably means that they have signed their first product, in this case a podcast – they then have many, many options for further products.

"All those options are in Spotify's favour. Make no mistake, they're not in Meghan and Harry's favour.

"If all those options are exercised, and we don't know how many podcasts that relates to, it may be that the total money spent by Spotify is £18m.

"So, have they lost any money today? Probably, not a penny."

Representatives of the Sussexes have been contacted for comment.