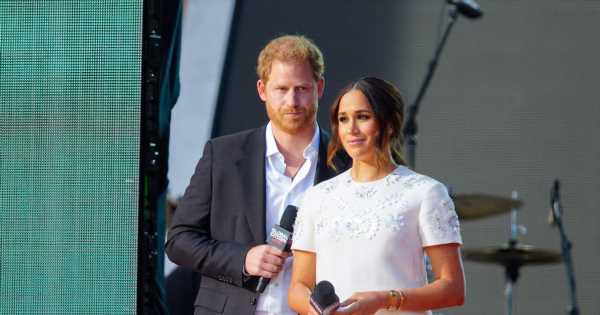 A TV presenter has lashed over Prince Harry and Meghan Markle for keeping silent over "terrible" Netflix musical of Princess Diana.

Sky News Australia host Rita Panahi talked to fellow host James Morrow and other guests on the show to discuss the saucer-eyed retelling of life of the People's Princess.

Broadcaster Rita also shared a similar view and called the Duke of Sussex and his wife Meghan Markle "professional victims" as she told her colleagues: "Let's move on to another issue – the Diana musical – which is very important because it is causing all sorts of controversy.

"It's a Netflix production and it has got some of the worst reviews I have ever seen."

She then played an excerpt of the musical on screen, which features the jubilant music and joyful dance.

"I apologise for the length of that grab," Rita continued. "I was yelling at the producers because I think…exactly, what did I just watch? Why?

"But one of the interesting things here is that you haven't heard anything from professional victims Prince Harry and Meghan.

"Maybe, I don't know, it had something to do with their Netflix deal, which is worth well north of $100 million if the reports are to be believed but I would have thought Princess Diana doesn't need that."

Fellow host James Morrow shared his thoughts and said: "I don't think anybody need it although it looks like it would be a really fun, rainy afternoon 'hate watch'.

"I mean, could you imagine just a couple of bottles of wine and this music plays and they go like…Wow that's bad!

For more stories from the Daily Star, sign up to one of our newsletters here.

"It's like those Simpsons musical, you know that they used to do on that show. I don't know maybe they're going to do their own sort of musical, maybe it'll be a Hamilton style.

"I can't imagine it can be any worse than this but it looks pretty bad."

Rita said: "It looks terrible and the funniest thing about it is some of the reviews and some of the viewer comments are – just Google that and you will be amused."