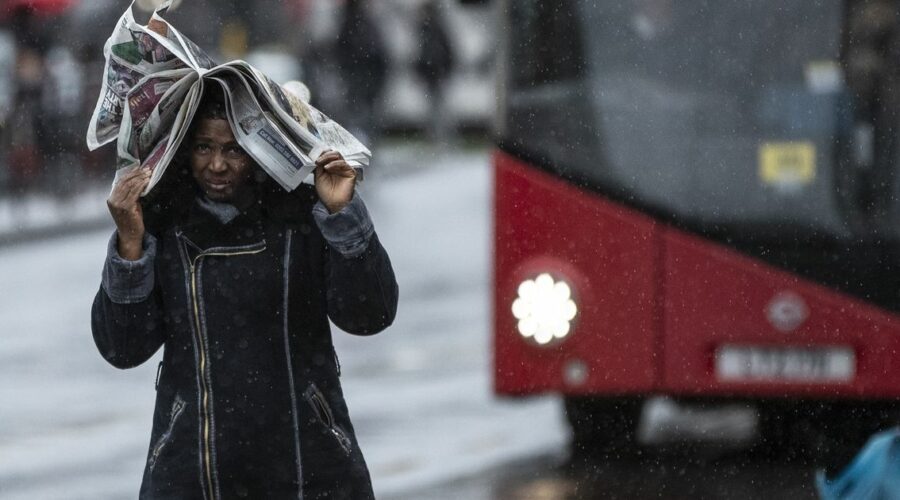 The ferocious jet stream coming in from the North Atlantic will continue to lash the UK this week after a day of stormy weather, say forecasters.

A band of heavy rain and cloud is expected to move across most the British Isles from the west just in time for the morning rush hour on Wednesday, according to independent forecaster WXCharts.

The unsettled weather has been attributed to movements high up in the atmosphere, causing high winds that drive storm clouds in a tight and tumultuous formation.

Describing the midweek impact of the jet stream, Met Office meteorologist Aidan McGivern said: “During the middle part of the week, the jet stream has a much more powerful flow to it, running across the Atlantic and pushing in weather systems bringing unseasonably windy weather on Wednesday and Thursday.

“The unsettled origin of this burst of energy is the jet stream coming out of North America with 150mph wind speeds high in the sky which help to scoop up these weather features and deepen some areas of low pressure which will move in during the start of Wednesday.”

It comes after a twisting cloud resembling a small 'tornado' was spotted in the sky by curious onlookers peering at the English Channel yesterday morning (May 24).

A photograph taken in the town of Broadstairs in Kent showed the cloud forming above the sea.

Steve Hodgson, who works at Lillyputt Minigolf, took the picture and told KentLive the strange twisting cloud appeared for around 10 minutes.

Met Office meteorologist Alex Burkil at the confirmed that the picture appeared to show a funnel cloud, which only becomes a tornado when it moves further down and reaches the ground.

People in the south and east of England also reported hailstorms and impressive lightning strikes on Tuesday evening, with these stretching from the coasts to the capital.