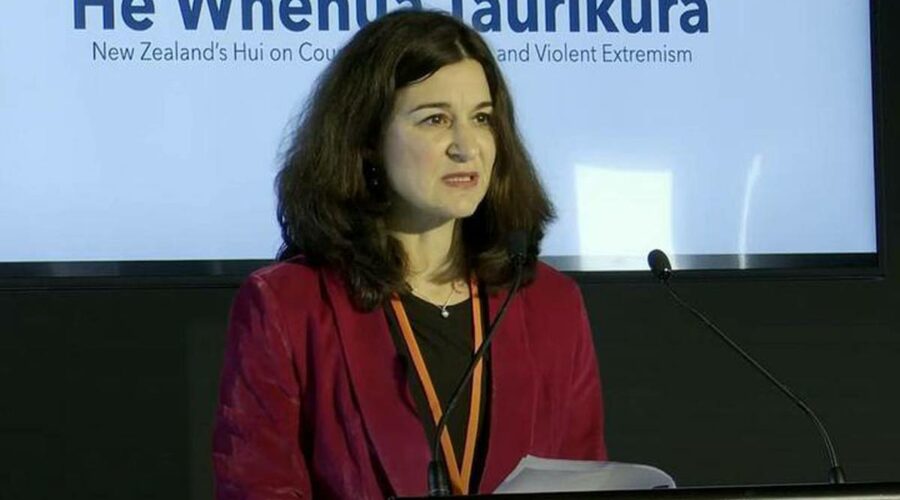 By Eleisha Foon of RNZ

New Zealand’s anti-terrorism hui has been marked by a mass walkout from members of the Muslim community.

The country’s first hui on Countering Terrorism and Violent Extremism in Ōtautahi/Christchurch involved experts discussing the evolution of terrorism risk in New Zealand, online extremism, the role of media, and the consequences of hate.

The walkout happened today during a panel addressing the causes of terrorism after a comment from NZ Jewish Council spokesperson Juliet Moses about the Israel-Palestine conflict.

Moses had told the crowd that leaders should be consistent in condemning terrorism.

“We need to hear leaders condemn all support for terrorism and all terrorism equally whatever the source, target, and circumstances, and even when it is not politically expedient to do so.

“Hezbollah and Hamas, their military wings are proscribed terror organisations in New Zealand but we saw a rally in support of Hezbollah on Queen St in 2018.”

Her remarks caused a strong response from members of the Muslim community, including victims of the Christchurch mosque attacks, as people shouted: “Free Palestine.”

Moses said she was only “stating fact” and did not believe her comments were controversial, and that she was referring to the 2018 march, not the one that happened in Auckland this year.

Federation of the Islamic Associations of New Zealand (Fianz) chair Abdur Razzaq said the hui was about “discussing social cohesion … we came here to discuss ways to peace”.

“There are lots of things out there that divide us, let us have some wisdom and prioritise what unites us first.”

He said it was “inappropriate” to discuss issues “that divide us” and was not the tikanga way.

After the panel had finished, the hui organisers gave those in attendance a chance to respond to the comments, which included a remark from Rashid Omar, whose son Tariq died in the March 15 mosque attacks.