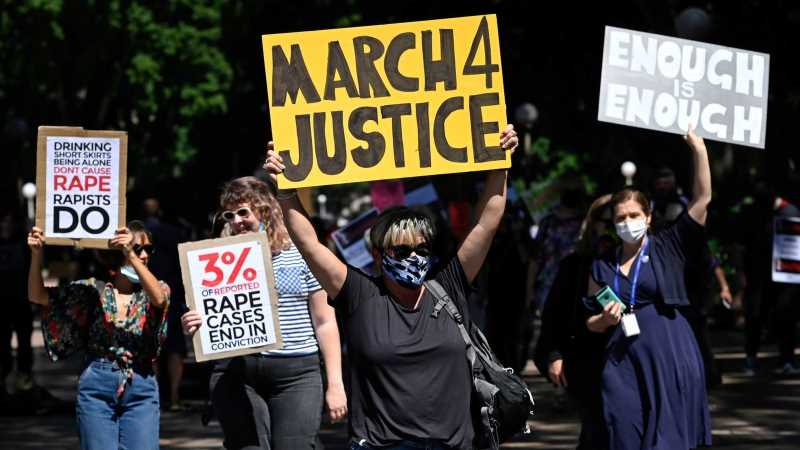 Thousands of women have gathered in major cities across Australia to demand gender equality and justice for the victims of sexual assault.

The March 4 Justice rallies have been sparked by recent allegations of sexual assault, discrimination and misconduct in some of the country’s highest political offices.

One of the biggest marches is taking place in the capital of Canberra, where two petitions demanding action will be delivered to parliament. Organisers have declined an invitation to meet Prime Minister Scott Morrison in private.

One of the women behind the March 4 Justice movement, Janine Hendry, said: “We’ve come to his front garden. We are 200m from his office and it’s not appropriate for us to meet behind closed doors especially when we are talking about sexual assault which does happen behind closed doors.”

Mr Morrison’s government has been overshadowed by historical rape allegations that have been made against Attorney General Christian Porter, who has strongly denied the alleged 1988 assault.

Meanwhile, defence minister Linda Reynolds has been criticised for failing to report an alleged rape of one of her former staff members by a colleague.

March 4 Justice’s rallies are in protest at the unacceptable treatment of women in the workplace and the community, and the right of women to feel safe.

The public anger mirrors that seen in the UK following the killing of Sarah Everard, who disappeared while she was walking home in London on 3 March. 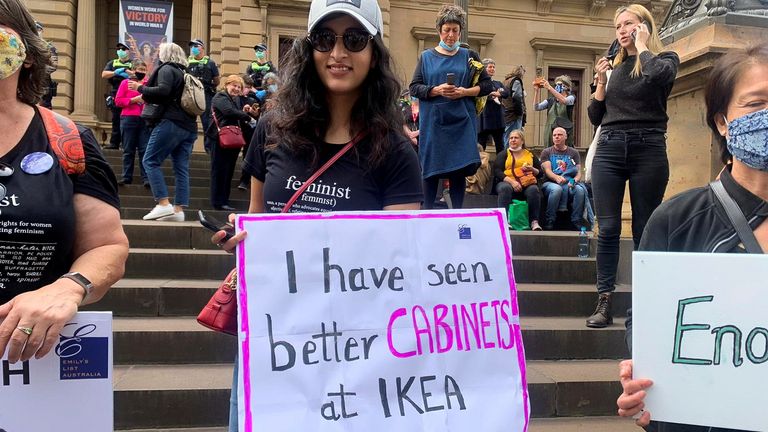 Tanya Plibersek, an Australian opposition politician, said: “Wherever I go, I’m stopped by women, by girls, by men as well, saying that they’ve just had enough.

“I’m very concerned, too, that despite all of the efforts that have been made by so many people over so many years, change is too slow.”

Those behind the March 4 Justice rally estimated that more than 100,000 women were expected to join the marches, with more than 40 being held across the country.

Organiser Renee Carr added: “Enough is enough. This is a national reckoning.”