Greater Manchester police is placed in special measures after failing to report 80,000 crimes – a FIFTH of all offences – for the first six months of 2020

Greater Manchester Police is to be placed in ‘special measures’ today following a damning inspection report revealed that its officers failed to record 80,000 crimes in 2020.

Inspectors expressed said they had ‘serious cause for concern’ about the way England’s second biggest police force was being run after it was revealed they had not recorded a fifth of all reported crimes, meaning ‘victims are too often being let down’.

The news came days after GMP chief constable, Ian Hopkins, was signed off sick after it emerged he was battling labyrinthitis, an inner ear infection that affects balance.

Her Majesty’s Inspectorate of Constabulary will put Greater Manchester Police (GMP) in what is known as the ‘national oversight process’ as a result of its failures around crime recording and the protection of vulnerable people, it is understood.

Only one other force – Cleveland Police – is believed to have ever been placed in these measures, the highest level of escalation. HMI has consistently warned GMP about its crime recording and protection of vulnerable people for nearly five years. 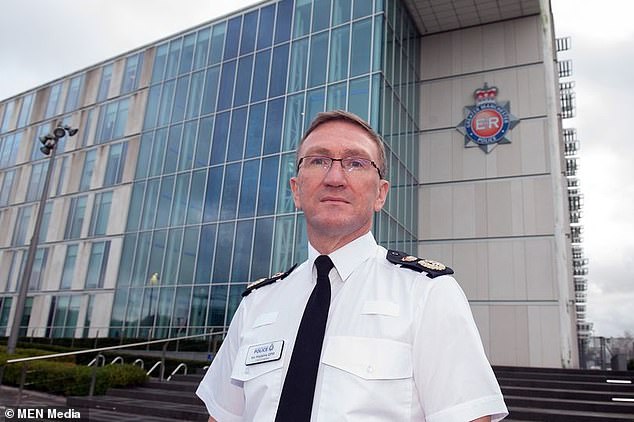 Chief Constable Ian Hopkins is off sick and Greater Manchester Police is to be placed in ‘special measures’ today following a damning inspection report last week that revealed officers failed to record 80,000 crimes in 2020

The move will involve much more hands-on involvement from the inspectorate, the Home Office, College of Policing, National Police Chiefs Council, with the measures to remain in place until GMP can demonstrate sufficient improvement.

In a joint statement, Mayor of Greater Manchester Andy Burnham and Bev Hughes, Greater Manchester’s Deputy Mayor for Policing, Crime and Criminal Justice, said the HMICFRS report ‘raised extremely serious issues with implications for the quality of services to victims that have been on-going for a number of years’. 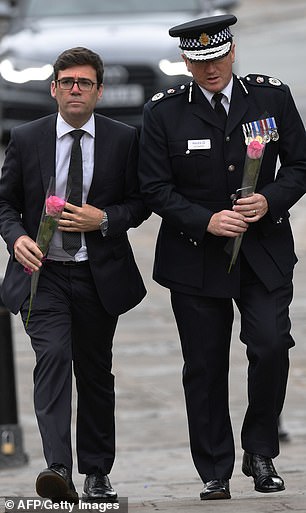 Mayor Andy Burnham, pictured with chief constable Hopkins in the aftermath of the Manchester Arena bombing, will retain political control of the ailing force

They outlined actions being put in place to improve standards of service, including investing in more police officers and recruiting more staff for GMP’s Central Recording and Resolution Unit.

A dedicated hotline, supported by Victim Support, will be available from Monday for victims who wish to make a complaint or report concerns about their treatment.

It comes after a blistering report last week found the force had significantly deteriorated in its crime recording since 2018 and was now even worse at it than in 2016, when it was rated inadequate.

It warned that GMP’s services to victims were a ‘serious cause for concern’, and highlighted drifting, poorly-planned investigations and safeguarding failures.

The report’s author Zoe Billingham said the force had ‘bucked the trend’ in that its performance had declined since its previous poor inspections rather than improving.

Her Majesty’s Inspectorate of Constabulary has been warning GMP about its crime recording and protection of vulnerable people for nearly five years.

After the report was published, Greater Manchester Mayor Andy Burnham, who oversees the force, said he was ‘confident’ that ‘in just a small number of days, significant progress has been made’. 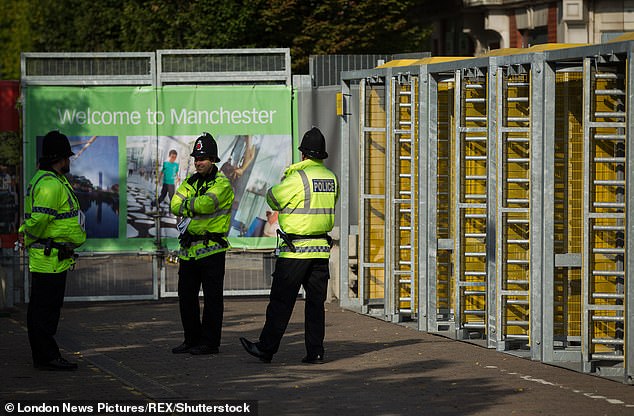 That plan includes a new complaints line for people who do not feel their crime report has been dealt with properly, as well as further recruitment to a new centralised crime recording unit and a ‘gold command structure’ aimed at turning around the situation.

A meeting with the Home Office about the report was ‘constructive’, Mr Burnham’s deputy Beverley Hughes had said.

An HM Inspectorate of Constabulary and Fire and Rescue Services (HMICFRS) spokesman said: ‘The level of scrutiny on Greater Manchester Police has been raised and the force has been placed in the Engage stage of the HMICFRS monitoring process.

‘This is due to the causes of concern raised in HMICFRS’s recent reports which have highlighted the poor service the force provides to many victims of crime.

‘In the Engage stage, a force is required to develop an improvement plan to address the specific causes of concern that have led to it being placed in the advanced phase of the monitoring process.

‘The process is intended to provide support to the force from external organisations including the Home Office, College of Policing and the National Police Chiefs Council to assist in achieving the required improvements.’

The move comes amid growing speculation within the Greater Manchester system about the force’s performance, including frustrations among MPs and within town halls.

GMP and the mayor’s office were approached for comment.