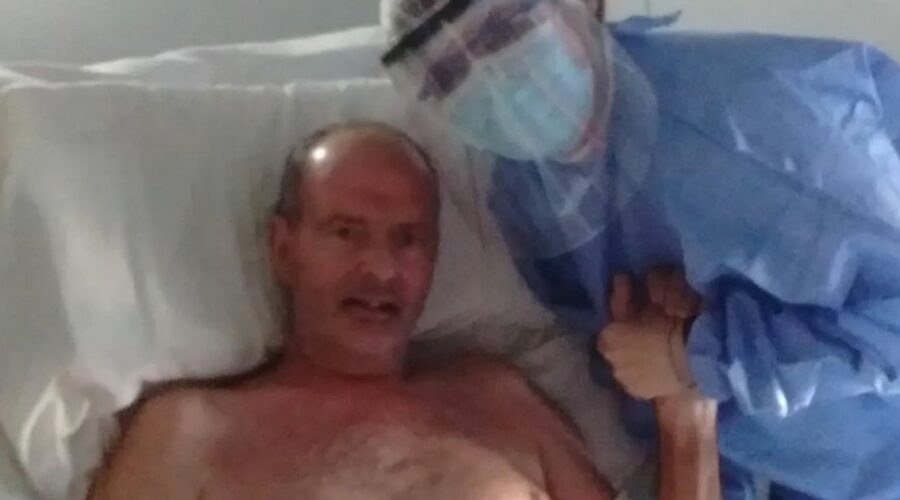 A man who was dead for “several minutes” after being hospitalised with severe Covid says he remembers feeling his heart stop before seeing “the light at the end of the tunnel”.

Norberto Di Natale said: “I have heard many people say there is a light at the end of a tunnel… I saw exactly the same thing. What I heard about so many times on television, I saw the exact same thing.

“It's something you wouldn't believe,” he added, “but that is the way it is. And it is not what you think happens. It's very shocking.”

Car mechanic Norberto, 64, says he’s sure he caught coronavirus while working at his garage as he had only been at home or work since March 2020, and he had carefully followed all the rules.

Norberto, who works as a car mechanic in the city of Pergamino, Argentina, told local media that he had already been hospitalised once with the disease, but been discharged.

However, he soon returned with a high fever that saw him hospitalised again, this time for over a month.

Norberto says that along with other Covid-19 patients he received plasma therapy, but he saw two fellow-patients die in the beds either side of him the first two days he was there.

He said: “One person dies on Friday, another dies on Saturday, there is no three without two. Now it’s my turn, I presume.”

The 64-year-old mechanic became critically ill after being diagnosed with bilateral pneumonia when doctors decided to put him in an induced coma and intubate him.

Norberto said at one point, doctors told his family he had “unfortunately worsened and the only thing left to do was pray”.

However, the Argentine mechanic was eventually moved to a Covid-19 ward to continue his recovery.

One day while lying alone, he said he began talking to himself and started counting his heartbeats which he noticed kept slowing down until “it went ‘tick’ and nothing more”.

He added: “I have heard many people say there is a light at the end of a tunnel… I saw exactly the same thing. What I heard about so many times on television, I saw the exact same thing.

“It's something you wouldn't believe, but that is the way it is. And it is not what you think happens. It's very shocking.”

He told local sources he was dead for "several minutes" before doctors finally managed to "miraculously" bring him back to life.

After his near-death experience, Norberto was discharged from the hospital days later and received home care for two months before eventually overcoming the virus, but he added that he has not fully recovered yet.

Norberto lost an incredible three stone during the three to four months he spent receiving medical care which left him weaker with reduced mobility.

However, he said he is trying to get back into shape as he waits to get his vaccine.

Norberto added: "I want to thank the clinic very much for what they have done, which is superhuman. They have done everything, not only for me but also for the people that died next to me.”