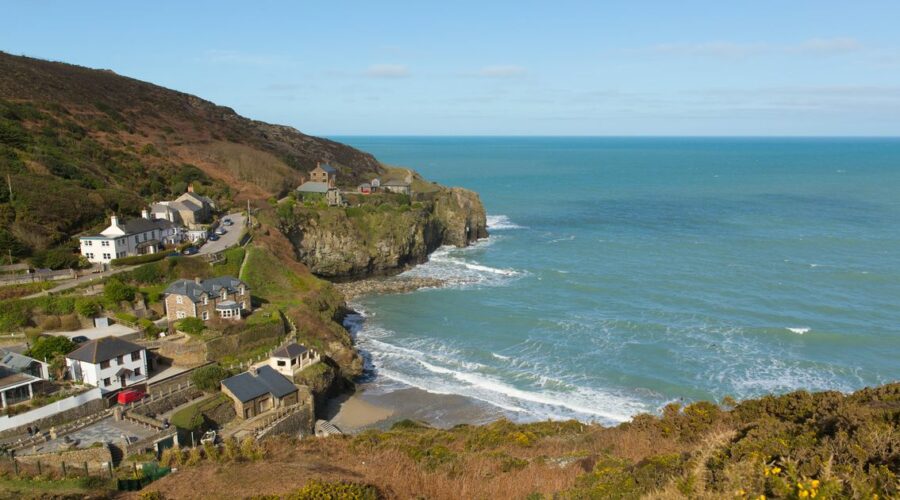 A young man plunged 100ft off a cliff while trying to "go to the toilet".

The unnamed man was rushed to hospital on Thursday night after he jumped over the railing before realising there was nothing on the other side, police said.

He was said to have fallen between 70 and 100ft in the Narrowcliff area of Newquay but miraculously only suffered a suspected broken ankle and scratches, CornwallLive reports.

Emergency services were called at about 12.40am.

A coastguard helicopter, the police, and the ambulance service all raced to the scene.

"We were called by HM Coastguard to the Narrowcliff area of Newquay at around 12.40am on Friday 13 August with a report a male had fallen from cliffs," a spokesperson for Devon and Cornwall Police said.

"The man, aged in his 20s, was said to have fallen 70ft-100ft after jumping over the railings to go to the toilet, not realising there was nothing on the other side."

They went on: "The coastguard helicopter and ambulance service also attended.

"The man was located on the beach below and was not believed to have suffered any life-threatening or life-changing injuries, which appeared to be scratches and a suspected broken ankle."

He was then taken to the hospital by the ambulance service.

A spokesperson for the ambulance service added: "We were called at 0.21am about a potentially serious incident involving someone who had fallen from height in the area of Narrowcliff, Newquay.

"We sent land ambulance crews and a critical care team who treated the patient and transported them to hospital for further care."

Two teenagers plunged to their deaths within the space of eight days on Newquay's cliffs in the summer of 2009.

The deaths of 19-year-old Andrew Curwell and Paddy Higgins, 16, made national and international news at the time.

A third teen was lucky to survive after they fell off local cliffs in separate incidents.

Last month a man in his 40s died after he fell from a cliff in front of his family on the hottest day of the year recorded.

He had climbed part-way up Stair Hole at Lulworth Cove, in Dorset, which stands at 200ft, when he fell.

Emergency services including the air ambulance, coastguards, a lifeboat crew and police rushed to the scene on July 18.

The man who was believed to be from Bedfordshire was pronounced dead at the scene and was reportedly the sixth person to die on the day.

Tahira Jabeen, 46, a mum-of-five, slipped and fell 100ft to her death from cliffs at Man O’War Bay, close to Durdle Door.

Three people were seriously injured last year after jumping from the arch of rocks over the bay.