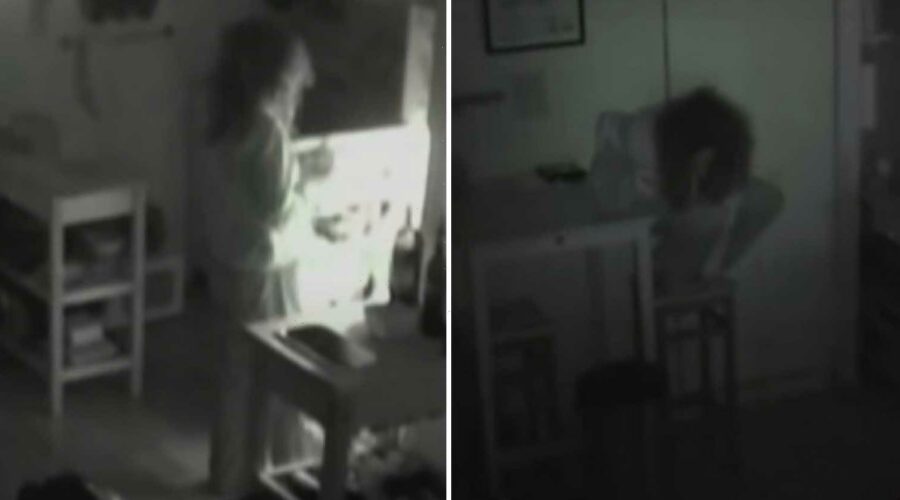 A MAN discovered a woman was living in his cupboard and had been stealing his food and peeing in his kitchen sink after he set up a camera in the apartment.

New Yorker Joe Cummings first noticed food items disappearing from his fridge and thought his girlfriend must have taken them but she denied it. 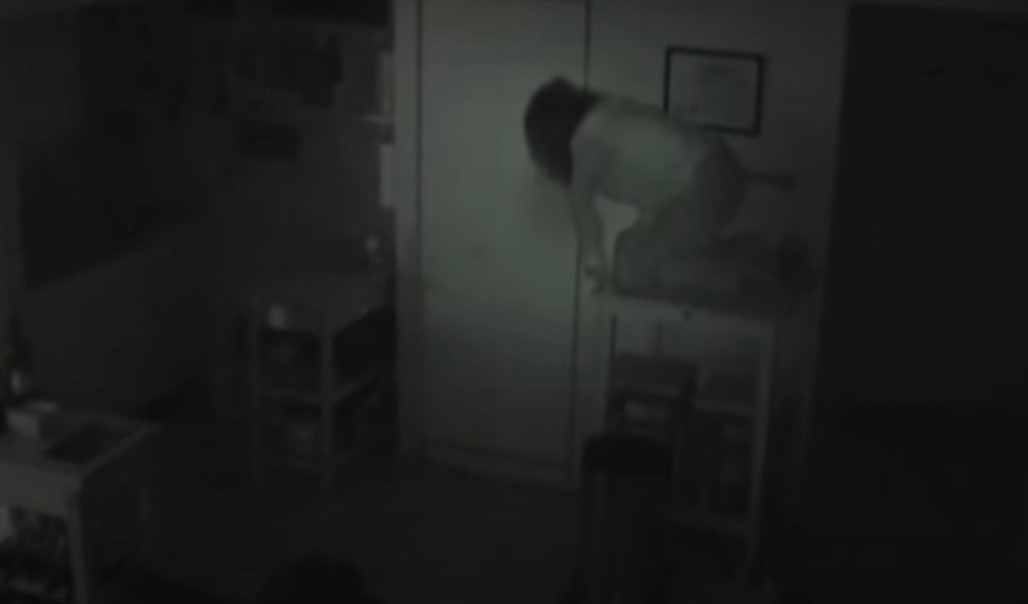 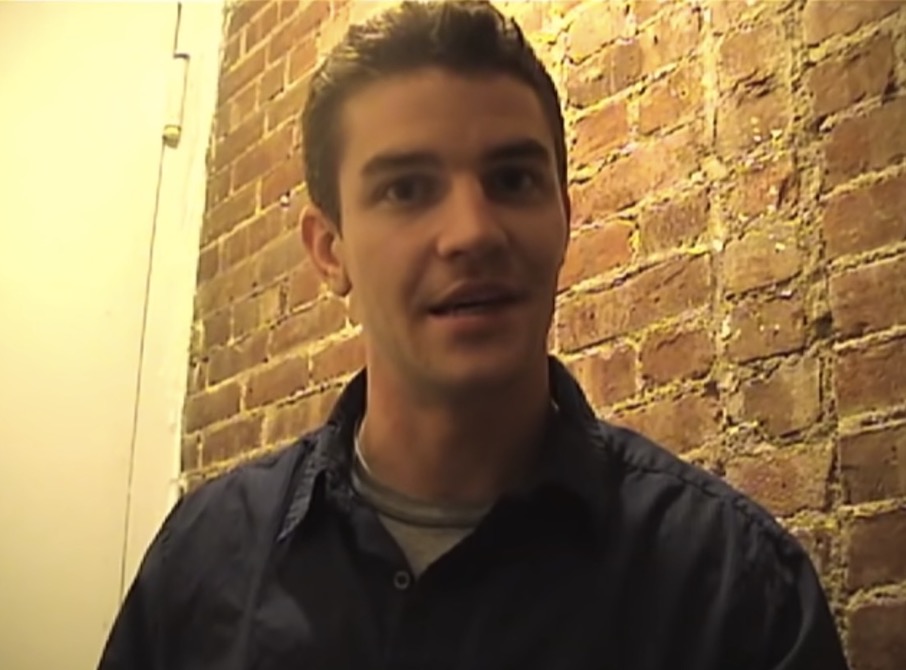 Cummings eventually set up a night camera in his Manhattan apartment to watch what happened to the food after he went to sleep, the Daily Star reports.

The tape shows a figure slowly emerge from a cupboard on the wall, carefully stepping onto a nearby table.

The woman then crouches down on a stool, her hair covering her face.

She takes a plastic jug from the table, before walking away and urinating in the sink. 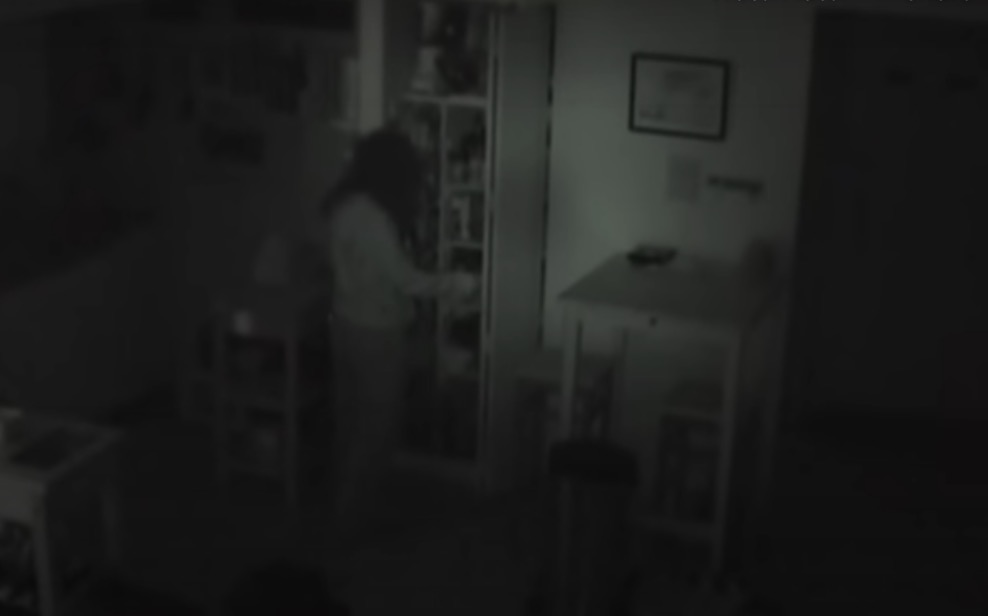 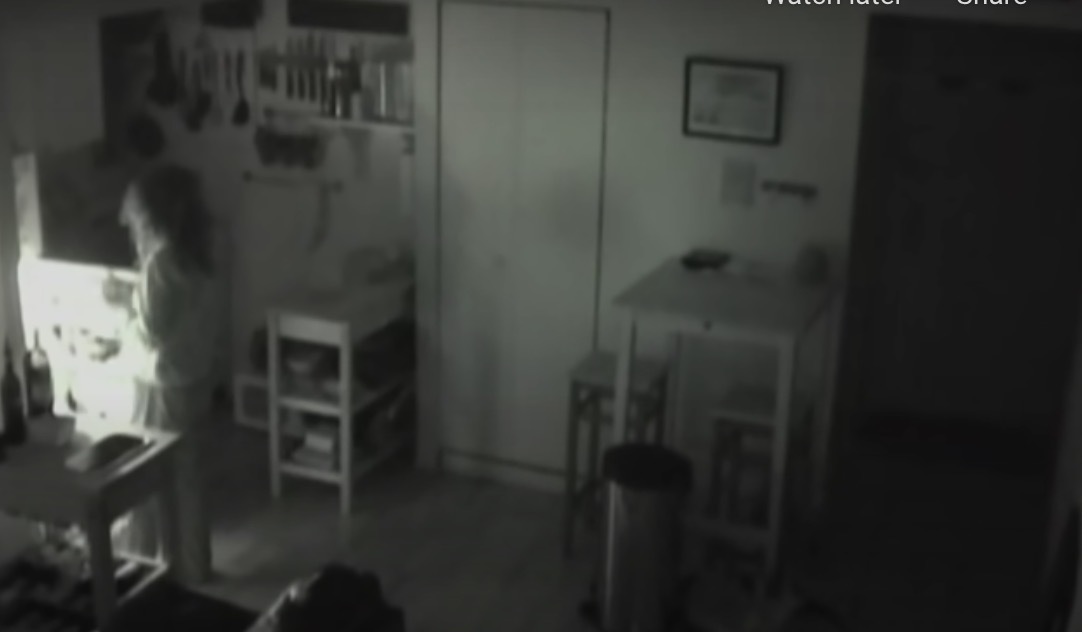 She opens the fridge, takes out something to eat, and then kicks back to relax and watch TV on Cummings's sofa before crawling back up into her makeshift home.

When Cummings called the police to have the woman arrested, they said she had been living there for two weeks.

They assumed she had come to rob him and hid in the closet, later deciding it was just too comfy to leave.

Cummings posted the video in 2009, writing, "I have no idea how she got in there."

"The only way in is through the window as I am on the top floor and there is a fire escape."

The video recently resurfaced and shot to over 14 million views on Youtube.