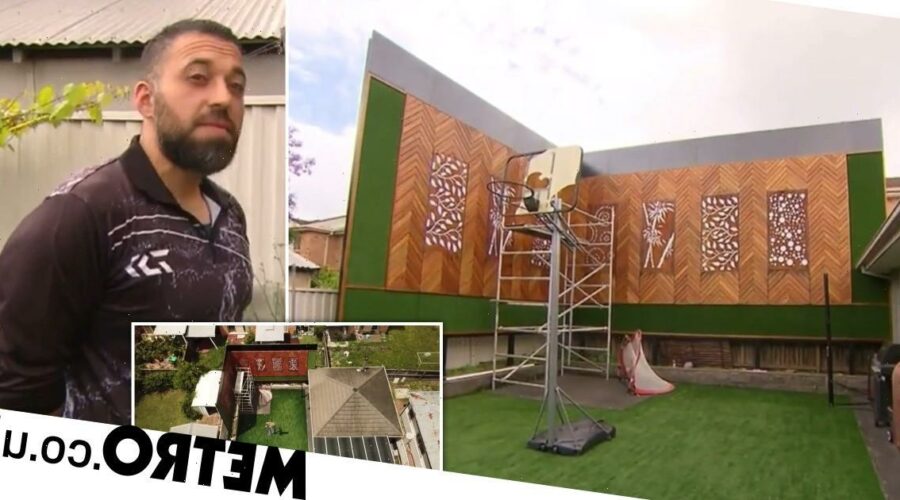 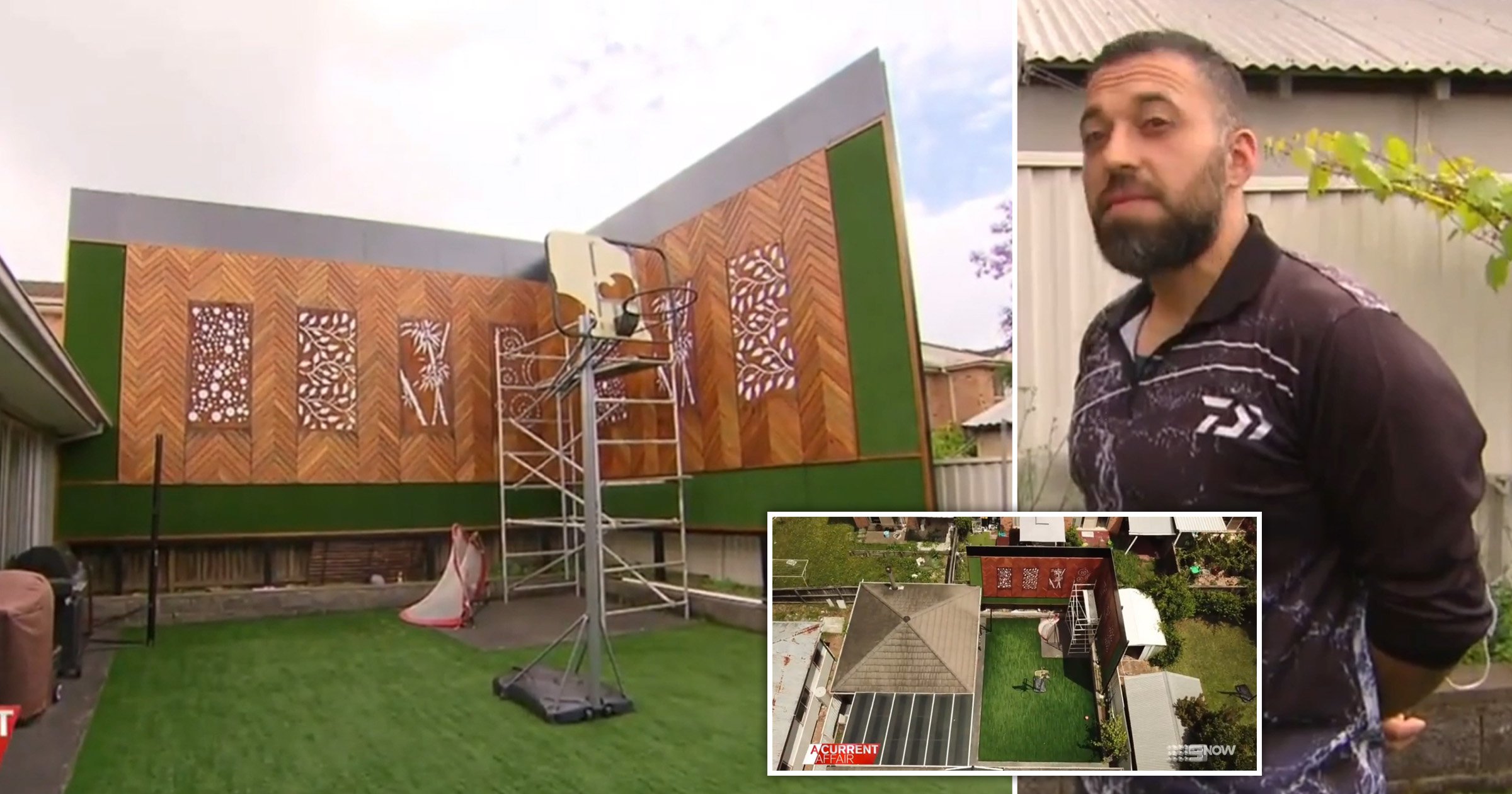 A Sydney man has blamed lockdown boredom and a ‘Covid brain explosion’ for erecting a 16ft privacy wall in his backyard.

Neighbours have christened the fence ‘The Great Wall of Chester Hill’, after the south-western suburb where homeowner Ali felt he wasn’t getting enough privacy.

The eyesore – which is three times bigger than a normal garden fence – has ignited a feud as locals claim it blocks the sun from getting to their own houses.

Ali has in turn branded his neighbours ‘d**kheads’ for getting him in trouble with the council after he built the monstrosity without permission.

The wall first appeared in July as Sydney was plunged into another Covid lockdown due to cases of the Delta variant being identified.

Ali told A Current Affair: ‘Well, when you’re sitting at home and you’re not allowed to go nowhere and the neighbours are looking at you, you say “you know what? I’m going to build a bloody wall”. It was a Covid brain explosion.’

It is nicely decorated on Ali’s side with LED lights and he’s compared it to ‘sitting in an art gallery.’

But the back that faces the neighbours is full of wires and nails. Ali claims he intended to decorate both sides but gave up due to the complaints he received.

One neighbour told Daily Mail Australia: ‘It blocks the sun, we don’t really get sun any more.

‘I’m very stressed, I like my flowers and the view, with the trees before it was nice but now it’s very bad.’

The wall was built in place of a series of pine trees which Ali says were just as high as the fencing.

He claims he had to chop them down because they had gone rotten but neighbours say they still appeared healthy.

Witnesses said the ‘hideous’ wall went up in less than a week, with a team working flat-out to create the L shaped structure.

Ali has put in a late development application but the local Cumberland Council has confirmed it is taking ‘enforcement action’ and has provided a timetable in which he has to comply.

If he has to remove the structure, Ali says he won’t dismantle it but will instead seek to sell it and then crane it out.