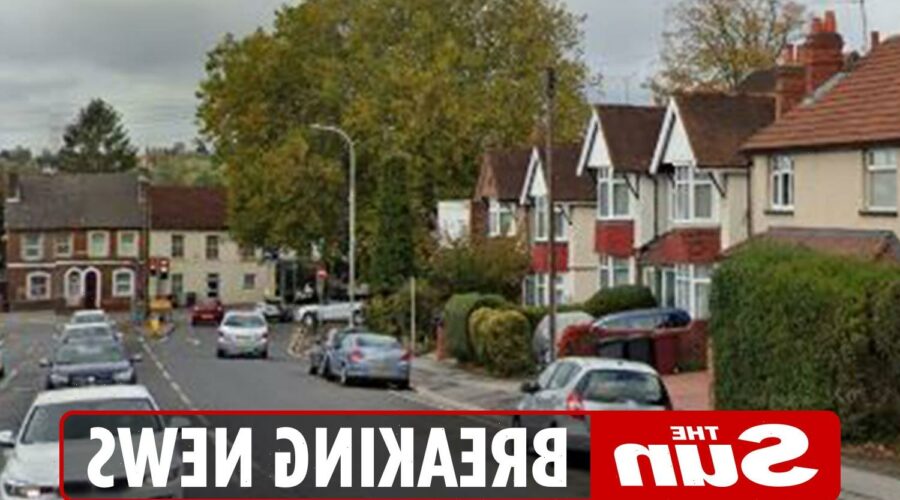 A MAN has been arrested on suspicion of murder and arson after a fire left one dead and several unaccounted for.

Police said the 31-year-old is being held in connection with the "major" blaze, which erupted during the early hours of this morning in Reading, Berkshire. 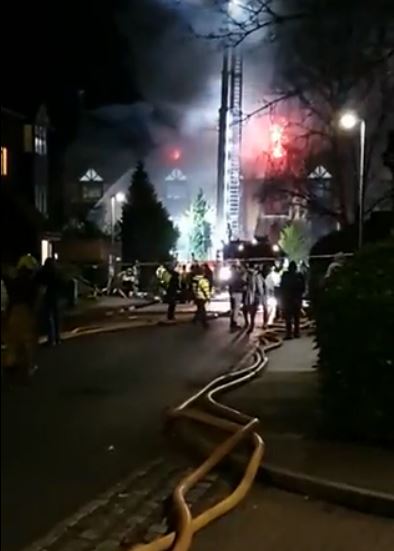 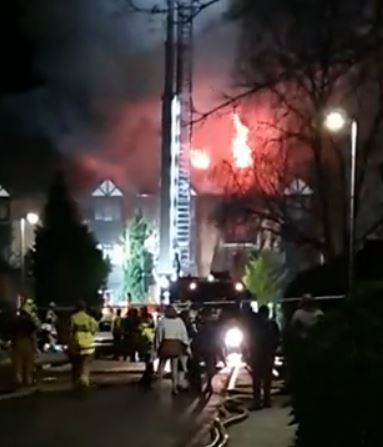 Grovelands Road has been cordoned off since about 3.20am, and the public have been told to stay away.

Cops have also told residents to contact loved ones living nearby.

Photos from the scene show flames and smoke billowing out of a block of flats, some of which are believed to have been destroyed.

The incident is not being treated as terror-related, Thames Valley Police said.

A spokesperson for the force said: "Local agencies are working together at the scene of a large fire at a property in Grovelands Road, Reading.

"Our officers, as well as the fire and ambulance services, are at the site.

"Sadly, one person is believed to have died, and a number of others are unaccounted for.

"Officers have arrested a 31-year-old man on suspicion of arson and murder and he is in custody at this time.

"The incident is not being treated as terrorism related. Road closures are in place, and people are asked to avoid the area at this time.

Pubs, shops and restaurants could be forced to shut in January due to Omicron

"If you have any concerns, for loved ones, please try and contact them in the first instance.

"A dedicated number is being set up for this, and details will follow very shortly."

The Royal Berkshire Fire and Rescue Service tweeted: "We are in attendance and dealing with an incident in Grovelands Road in Reading. Please avoid the area."

And a spokesperson for the South Central Ambulance Service said: "We are currently attending a major incident in Grovelands Road, Reading, with Royal Berkshire Fire and Rescue Service and Thames Valley Police.

Thesun.co.uk is your go to destination for the best celebrity news, football news, real-life stories, jaw-dropping pictures and must-see video.

15/12/2021 World News Comments Off on Man, 31, arrested for murder and arson after fire left one dead and number of others missing
Markets