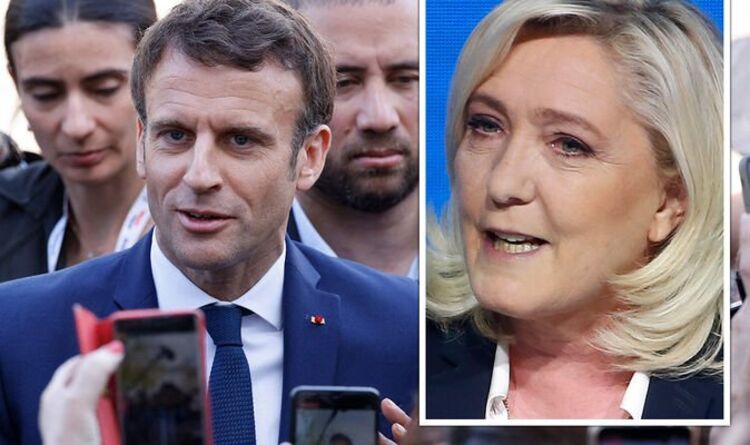 France took to the polls in the first round of its presidential election yesterday, on Sunday, with Mr Macron receiving 28.4 percent of the vote and Ms Le Pen 23.4 percent, according to early reports. The two will now go head-to-head in the second round in two weeks’ time, on April 24.

Most pundits believe Mr Macron will hold on to his power, though many have recognised the gap between himself and his opponent has narrowed in recent weeks.

Now, Express.co.uk readers have made clear their hope Ms Le Pen will edge it, citing frustration over the current President’s time in office.

“I would sooner Ms Le Pen to Mr Macron – you know what you are up against with Le Pen, the supposed friendly Macron is a smiling viper, friendly to your face and ready to stick a knife in your back when you turn around.”

INLOVEWITHDEMOCRACY wrote: “I’m a Brit and an ardent, proud Brexiteer.
“Marine Le Pen is the right Leader for France at this time, whether she is a Frexiteer or not – though I’m pretty sure she has no love for the EU.

“I doubt she will be allowed to win (the EU is not at her back), but I hope she wins!”

READ MORE: UK and US have ‘big opportunity’ to isolate Russia and take major ally

Ms Le Pen has signalled she does not support the idea of France leaving the EU (what has been dubbed ‘Frexit’) but has been far more critical of the Brussels bloc than her opponent.

Mr Macron has issued a more critical line on the EU in recent months, in the build-up to the election, but has been warned he has spent too much time courting middle-class French voters who are understood to already be ‘on side’, rather than the working-class voters who are reportedly turning to Ms Le Pen.

Express.co.uk reader Servative wrote: “I hope she wins because Mr Macron is just another member of the globalist oligarchy who treat you and me with contempt.”

“Neither she nor Macron have any love for the UK but at least she could do us less harm than him as she will not have the support of Brussels.”

Some readers said they were not particularly moved by the prospect of Ms Le Pen winning the election, besides the fact this would see Mr Macron failing to win re-election.

Onion Heed wrote: “I for one do not give a hoot who wins but I would laugh my nuts off in Macron lost. The bigger he loses the better.”

Amilton, on the other hand, stressed another candidate altogether would be preferable to the two on offer (again).

They wrote: “I never get why our countries have so many people yet we can only vote for a handful of people to run them?

“And France always seems to be these two. Surely people must be sick of hearing their names all the time?”