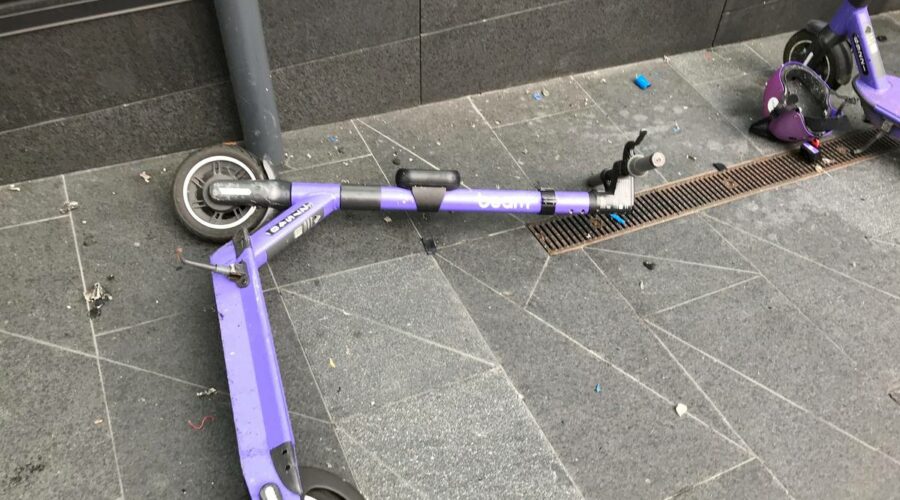 An ear-splitting bang jolted workers in central Auckland this morning before smoke could be seen billowing from a parked electric scooter after it exploded.

Witnesses standing next to the faulty Beam e-scooter, parked in a scooter rack on Graham St, said “pieces went flying” and there was “smoke but no fire”.

Battery debris and parts from the vehicle could be seen littered on the footpath next to the overturned e-scooter, and the helmet was no longer attached.

One bystander told the Herald it would have been dangerous if anyone was standing closer to the vehicle, and the bang was “super loud”.

It appears a battery exploded inside the compartment which users can clip the helmet into when they have finished riding.

On its website users who spot a broken vehicle are advised to report the malfunction online, and can request a refund.

Beam has operated in Auckland since early 2020 and launched in Wellington in March this year. The company said it plans to expand to other New Zealand cities.

Beam is not the only e-scooter brand that has had malfunctions.

In 2018, Lime said manufacturing issues had led some older model vehicles to smoulder or even catch fire.