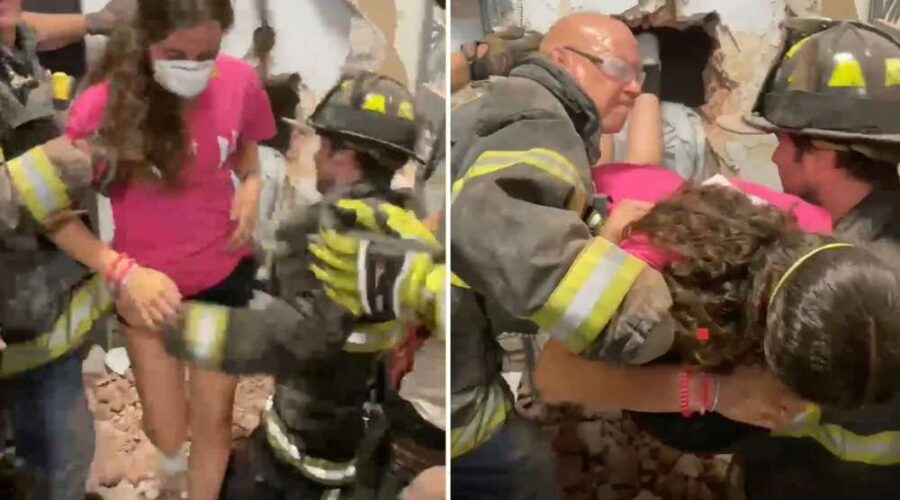 A teenage girl got trapped inside the dressing room of a Long Island clothing store that used to be a bank vault, according to a report and authorities.

Giavanna Diesso, 14, got locked inside the dressing room at Kate & Hale in Port Jefferson on Tuesday when her 7-year-old brother Vincent accidentally closed the vault door on her, the family told Newsday.

“I didn’t think that it was actually going to close,” Vincent told the newspaper.

The sound of the heavy door closing was even heard by the children’s mother, Danielle Diesso, who was paying at the time.

“I think I was too shocked to be really too scared,” she said.

Giavanna spent 90 minutes inside the room, which used to be the First National Bank of Port Jefferson bank vault, before firefighters were able to rescue her.

Rescue crews from the Port Jefferson Fire Department drilled a hole through a 12-inch wall to free up Giavanna.

Dramatic footage posted to the department’s Facebook page shows firefighters pulling the youngster through the opening.

The vault door was eventually opened by a locksmith, the report said.